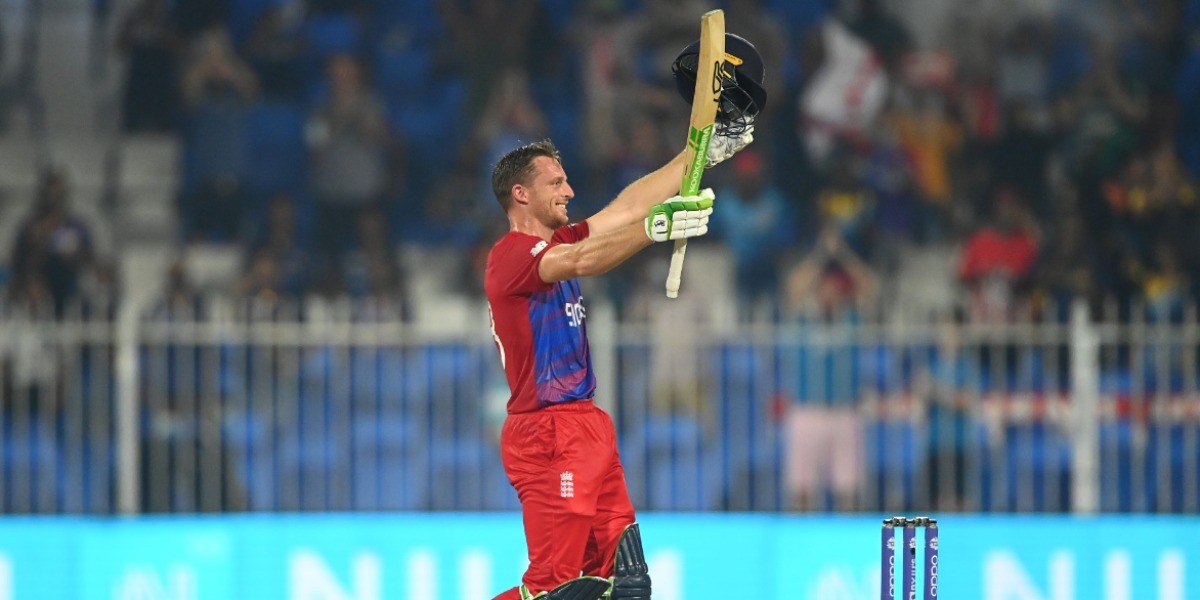 Despite being made to bat first, England completed a memorable all-round display to win against Sri Lanka in Sharjah

Jos Buttler smashed a magnificent 101 not out, his maiden international century in the shortest format, as England registered their fourth consecutive win, beating Sri Lanka by 26 runs in a Super 12 match to virtually seal a semifinal spot in the T20 World Cup here on Monday.

Buttler (101 not out off 67 balls) and skipper Eoin Morgan (40 off 36 balls) shared a century stand for the fourth wicket to take England to a challenging 163 for 4 after early setbacks.

Sent in to bat, England lost three wickets for 35 runs before Buttler and Morgan joined hands to stitch a crucial 112 runs that came off 78 balls. Sri Lanka's chase too started on a disappointing note as they lost their first three wickets with the scoreboard reading 34 runs in 5.1 overs.

While Pathum Nissanka (1) was run out in the third ball of their innings, Kusal Perera (7) and Charith Asalanka (21) were undone by the guile of leg-spinner Adil Rashid (2/19), both caught after miscuing their shots. The Islanders lost another wicket after a brief 23-run stand between Avishka Fernando (13) and Bhanuka Rajapaksa (26) with Chris Jordan (2/24) catching the former plumb in front of the wicket in the ninth over.

Needing 98 off the last 10 overs, Rajapaksa tried to up the ante, hitting Chris Woakes for a six and boundary in consecutive balls. But he departed in the next ball in search of one boundary too many, caught by Jason Roy as the batter was deceived by Woakes' off-cutter.

It became a herculean task for Sri Lanka from there on. But Wanindu Hasaranga (34) and skipper Dasun Shanaka (26) were in no mood to bow out without a fight as they stitched 53 runs for the sixth wicket to keep Sri Lanka afloat.

Left-arm pacer Tymal Mills was hit for a six and four in the 14th over before the bowler limped off the field after suffering a right quad injury that could possibly rule him out of the tournament. Just when it seemed it was end of the road for Sri Lanka, Hasaranga and Shanaka found the fence quite a few occasions to bring down the equation to 51 off the last five overs and give their side a glimmer of hope.

With 10 runs coming in the 16th over off Jordan, the scales were fairly even going into the last four overs.

But Liam Livingstone broke the partnership, dismissing the dangerous-looking Hasaranga in the 17th over that produced just seven runs and tilt the match in England's favour. Sri Lanka lost the plot after Hasaranga's wicket, courtesy some brilliant fielding by England, accounting for the wickets of Shanaka and Dushmantha Chameera.

Sri Lankan tail tried to use their long handle in search of big hits but every time they hit the ball in air, they found the safe hands of England fielders to be bowled out for 137 in 19 overs.

Earlier, England lost Jason Roy (9) in the second over. Their script went from bad to worse as they lost two more quick wickets.

First Dawid Malan (6) was cleaned up by Dushmantha Chameera in the third over and two overs later Jonny Bairstow (0) was out LBW to de Silva after Sri Lanka successfully asked for a review.

In between, Buttler found the fence on a few occasions to keep England's scoreboard ticking, managing a meagre 47 runs in the first 10 overs. The onus was on Buttler to up the ante and he did try his best after the 10th over, piling up 14 runs of medium pacer Chamika Karunaratna in the 13th over. 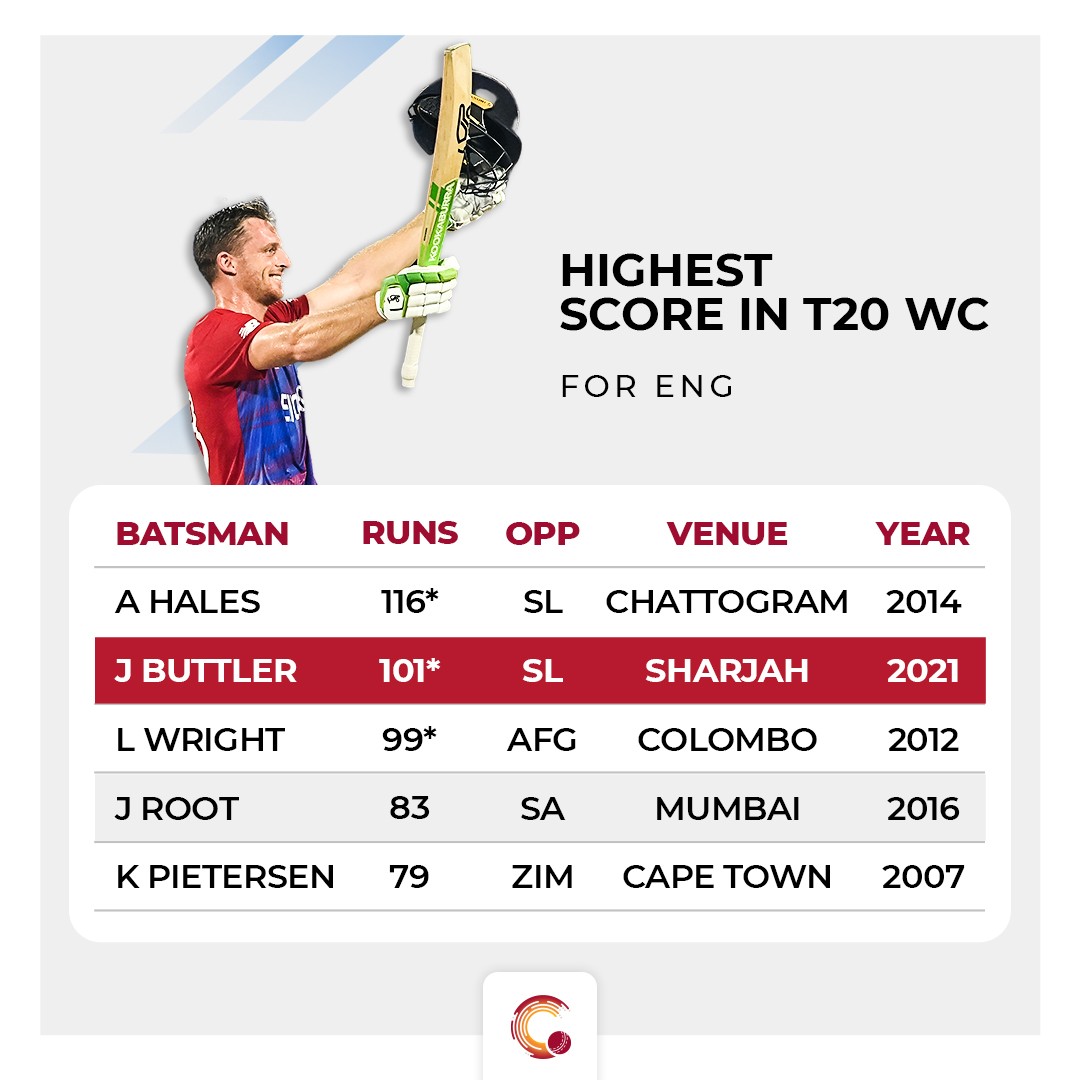 Buttler first muscled the bowler to the mid-on fence and then clobbered him over the deep midwicket boundary for a maximum. Buttler notched up his fifty off 45 balls, the slowest of his T20 career, with a single off de Silva in the 14th over. The partnership between Buttler and Morgan grew in confidence as time progressed.

The 15th over bowled by fast bowler Lahiru Kumara yielded 22 runs with Buttler hitting two sixes, while Morgan clearing the fence once. Morgan's dismissal had no effect on Buttler who continued his attacking game and finished off the innings with a six off Chameera to notch up first T20 ton.

Buttler decorated his innings with six boundaries and as many sixes. England batters took Sri Lanka bowlers to task in the final five overs, scoring 58 runs for the loss of just one wicket. 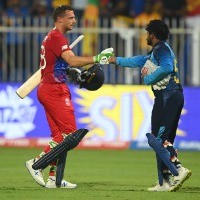 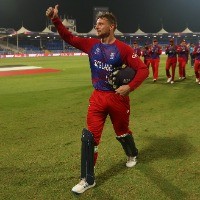 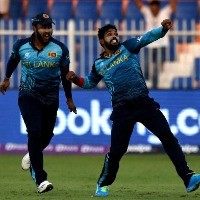 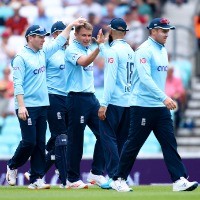 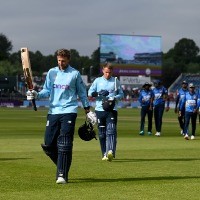 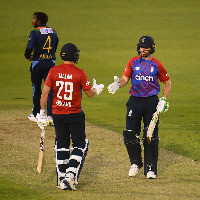