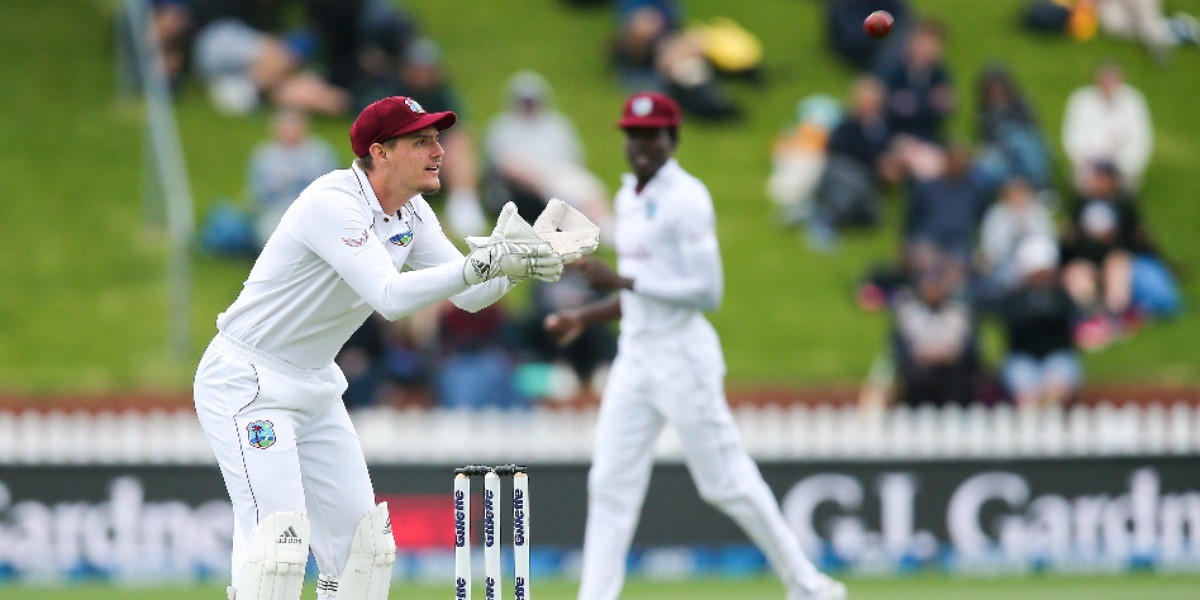 It was a sombre July afternoon for the West Indies at Old Trafford in Manchester. England were leading by 219 runs in their second innings of the third Test of the 2020 Wisden Trophy. Substitute wicketkeeper Joshua da Silva, facing the 30th ball of his international career, dived to his left and caught Roston Chase’s ball that spun past Rory Burns' pads. The opener was well out of his crease, it would take him a little more than a second to get back. Da Silva was farther away from it. He lunged to his right and slipped; his glove missed the bails completely.

Burns went on to score 90 that day, England declared and set Windies a target of 399. It was Da Silva’s catch that dismissed Burns, but Twitter’s cricketing pundits were stuck on his missed stumping. One of them zoomed in on his left boot and pointed out that it was missing spikes on the heel and one Indian daily said his 'wardrobe malfunction' had cost West Indies the match.

Only Da Silva and the Windies dressing room knew what had happened. Shortly into the second session, regular wicketkeeper Shane Dowrich was taken off after suffering a cut on his cheek by Shannon Gabriel’s bouncer. Shai Hope took the gloves for a couple of overs but was struggling with pain in his knee.

Da Silva was frantically rummaging through his kit bag after being told by head coach Phil Simmons to go out there. Gloves, inners, pads, helmet, protection equipment – all in place, except he had his batting shoes on which were half-spiked. 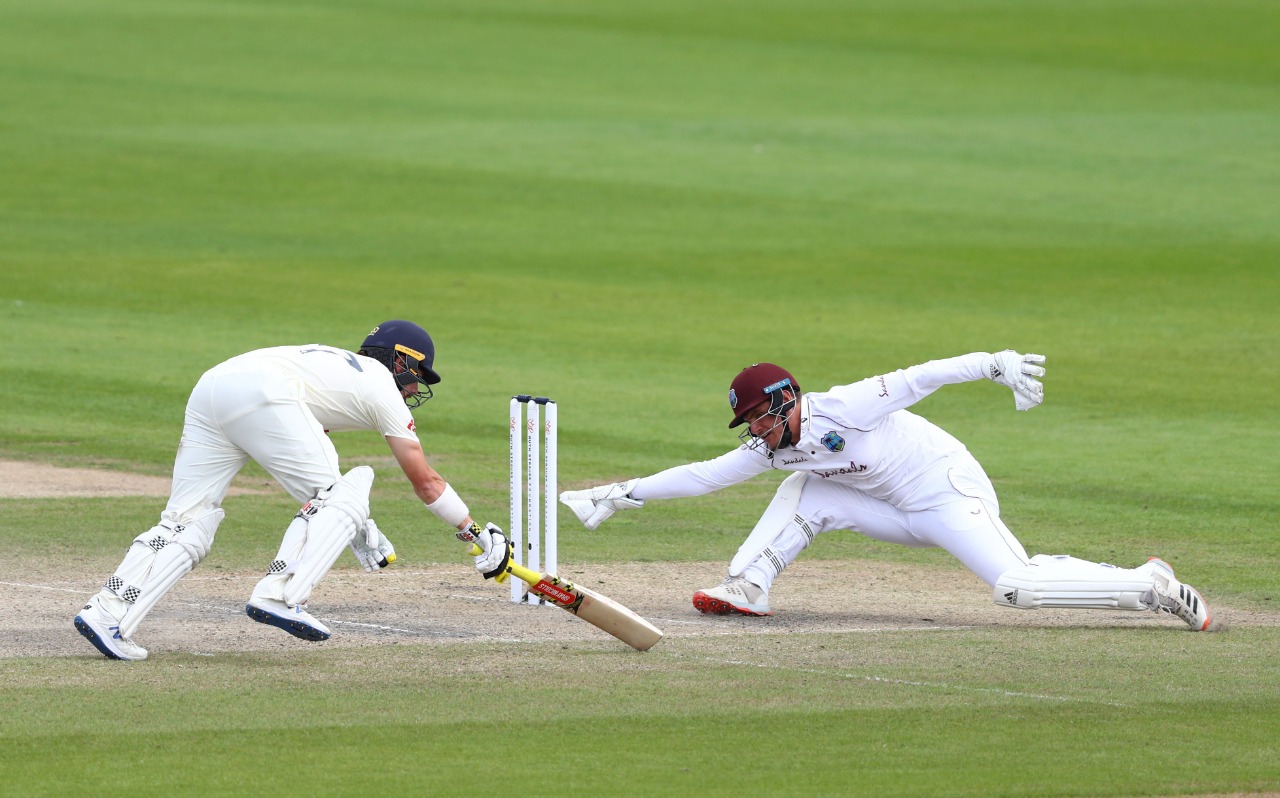 "There was no time to run to the hotel and get my keeping shoes. I was pretty scared but Jason (Holder) welcomed me to the ground with a handshake, which made me feel comfortable," Da Silva later explained on Caribbean Cricket Podcast.

One year later, Da Silva is now West Indies’ first-choice Test wicketkeeper and was the preferred gloveman over Devon Thomas in the four matches he played for St. Kitts and Nevis Patriots in CPL 2021. Da Silva is the new favourite pick for match highlights with his full-stretch diving catches – like Faheem Ashraf’s in the first Test against Pakistan where he flew to the first slip or shoving Warriors’ Naveen-ul-Haq aside to jump at a leading edge. Da Silva’s strong claim to the specialist keeper position speaks of his immense potential when West Indies already have Andre Fletcher, Thomas, Hope and Dowrich. Manchester feels like a blip blown out of proportion.

Wicketkeeping had initially come as a casual choice to Da Silva. He put on the gloves because no one else in his school team wanted to keep wickets. Taking up cricket as a profession though, was a conscious decision. Seven years ago, he was closer to the football pitch than cricket’s 22 yards. He was playing college-level football as a midfielder for St Mary’s College in Port of Spain before taking up cricket as a profession.

“I moved up the ranks at St Mary’s College and I got into Form Five and there was a decision to be made. Do I play football or do I play cricket? I weighed the odds and hope was very important (in making this decision) because I never was a cricketer. I had never played at the youth level for Trinidad and Tobago yet,” he said in a seminar hosted by Trinidad and Tobago's Football Association.

He had to quit studies to spend one full year sharpening his cricketing skills. Two more years went by playing club cricket in West Indies and England before he made it to the Trinidad and Tobago’s U-19 team.

Since July 2020, Da Silva has excelled in keeping to the express pace of Shannon Gabriel, Kemar Roach, Alzarri Joseph and Jayden Seales on the bumpy tracks of New Zealand and the wild revs of Roston Chase and Jomel Warrican on the dust puffers of Bangladesh.

In the past 13 months, he has taken 35 catches, second-most among Test wicketkeepers, dropped just two catches and conceded two byes across 17 innings. In the first Test against Bangladesh this year, he deservedly got praise for his first innings score of 92, but his durability was much more impressive.

Walking in at the beginning of day two, Da Silva ran 24 singles and 5 doubles of his own score alongside 32 more for his partners Alzarri Joseph and Nkrumah Bonner. He then came back to keep wickets for 216 balls of Bangladesh’s first innings. Imagine the gym instructor telling you to sprint 1.3 kms and keep doing squats for 2 hours and 40 minutes, all in a single day under the tropical sun.

He is yet to pull off lightning-quick stumpings or no-look runouts, but his ability to chart ball trajectory has been immaculate. His takedowns of late movement and loose deliveries are looked at as the bare minimum, but it is fascinating how he consistently times his vertical and horizontal leaps to perfection.

On his official YouTube channel, Da Silva can be seen going through his keeping drills. He could take on Forrest Gump when he is going back and forth with his backyard wall using tennis and golf balls. His concentration levels are evident when he is waiting for the ball from behind a clutter of stump frames, a plastic cone and a writing table. Sometimes there is a jagged ramp to mimic unusual spin for his diving practice or a coaching staff member with a chipped bat for close-catching practice.

His Test performances have kept him in good stead, but Da Silva’s is yet to make a mark in white-ball cricket, where the Windies have a major cluster of talent. With his recent 45-ball 50 against Trinbago Knight Riders, the 22-year old has shown signs of warming up to the format’s demands. He made his ODI debut against Bangladesh in March and had a decent debut season in CPL 2020 with St. Kitts and Nevis Patriots. This year, he has played four matches for the Patriots, but didn’t get a chance to bat in the first two. It’s been only two years since his List A career began and a lot of competition in his specialization to overcome.