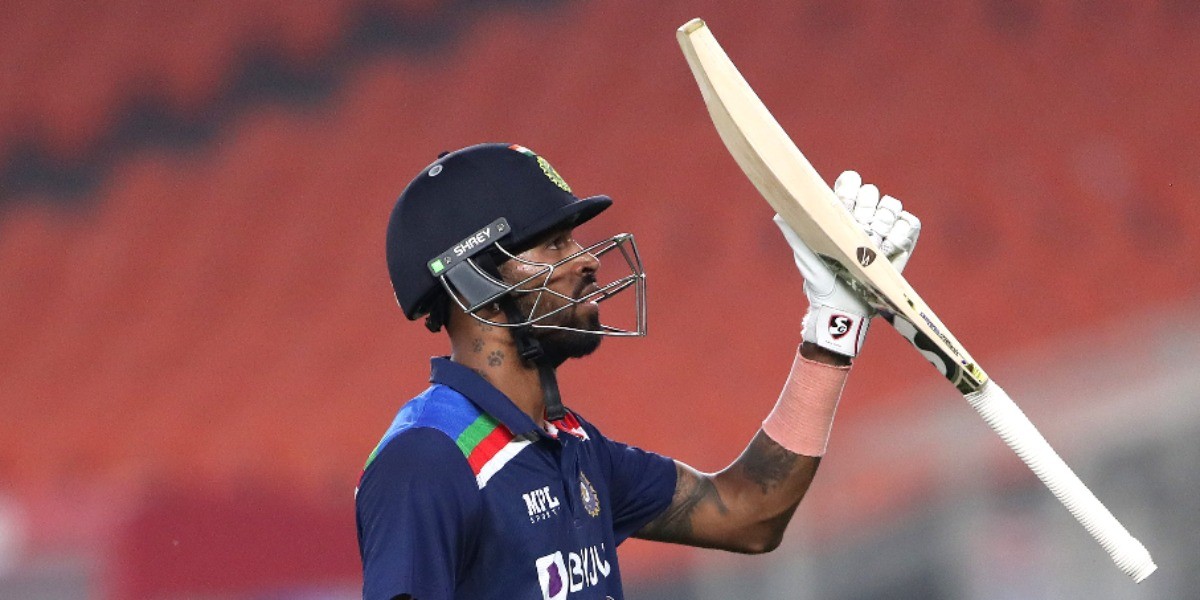 Sri Lanka's pacer Chamika Karunaratne expressed his delight at receiving a bat from his 'role model' Hardik Pandya on Sunday. The 25-year old posted a video on his social media which saw Pandya gifting one of his bats to his opponent.

"Absolutely honoured to have received a bat from my role model @hardikpandya93 , on my T20 debut. You are an amazing human being and I am truly touched by your thoughtful gesture. I’ll never forget this day. May God bless you always!" Karunaratne wrote on Instagram.

Karunaratne, who made his debut in the first T20I on Sunday, bowled four overs and claimed the wicket of Shikhar Dhawan as India posted a total of 164/5 in 20 overs. The pacer contributed 3 runs in the chase before being bowled by Bhuvneshwar Kumar as Sri Lanka fell short by 38 runs.

India will play the second T20I on Tuesday at the R. Premadasa Stadium.