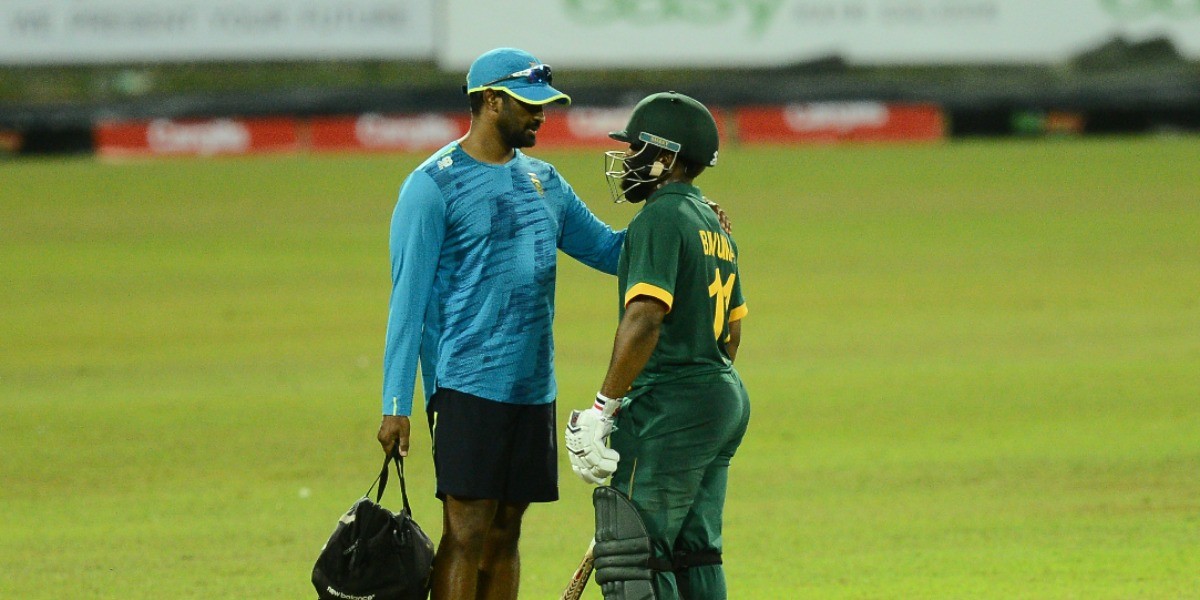 Bavuma will also miss the T20Is, and will head back home to consult a specialist

Cricket South Africa (CSA) have confirmed that skipper Temba Bavuma has been ruled out of the rest of the Sri Lanka tour with a fractured right thumb, due to which captaincy duties will be handed over to Keshav Maharaj for the remainder of the ODI series.

Bavuma, who batted at No.3 for the Proteas on Thursday, took a direct blow to the thumb during the 26th over of play while attempting to avoid a fielder’s throw. Despite his best efforts to carry on, the skipper was forced to retire hurt and leave the field in no time, and the departure ended up having a domino effect on the rest of the line-up as the Proteas slumped to a 14-run defeat.

With scans having confirmed a fracture, CSA have appointed Maharaj the captain for the final two ODIs, with Bavuma set to head back home immediately to consult a specialist. The board are, however, yet to name a captain for the three-match T20I series that will commence on September 10.

The second ODI will be played at the R.Premadasa Stadium in Colombo on Saturday, September 4.