Kiwis edge Lions in battle of the underdogs

Kiwis edge Lions in battle of the underdogs

New Zealand and Sri Lanka are global cricket’s perennial dark horses; equally, both sides have been amazingly consistent in making the knockout-out stage in each of the last three editions.

Fitting, therefore, that the two sides kickstart their respective campaigns by facing each other, but this time the clash is more like a mismatch.

New Zealand has won seven of the 11 games they have played this year in the lead-up to the World Cup, while Sri Lanka finds itself in an unpleasant situation, having won just one of the nine ODIs they have played this year. Their win percentage since 2017 is a lowly 21.8, which includes an embarrassing series defeat against Zimbabwe at home. And an indication of the turmoil within the side is this: in the last two years, the Lankans have tried out six captains, and finally gone to someone who hasn’t led his side even once in that time.

The Lankans have retained eight players from their previous World Cup campaign (one more than NZ), but the other seven have only 178 ODI games between them. On the other hand, the first-time participants for New Zealand have played 285 ODIs between them, underlining the experience.

The Kiwis also have the advantage of a mental edge -- in the last 10 completed ODIs between the two sides, New Zealand has won eight.

Sri Lanka’s biggest issue has been its inability to start and end well, both with bat and ball – the Lankans have, since 2018, the worst batting average in the first 10 overs amongst all the participating sides. 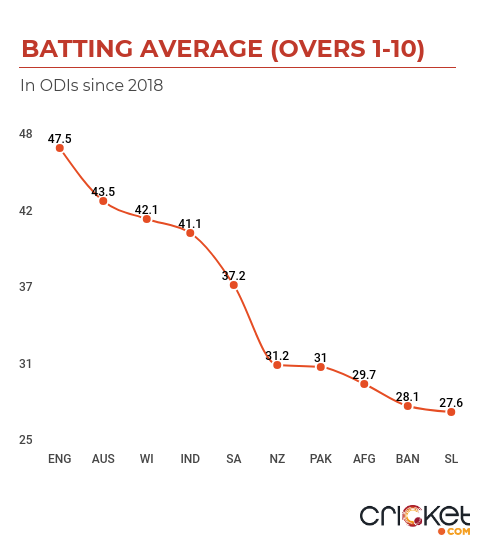 The Lankan weakness at the top of the order is exactly what a Trent Boult can exploit -- the left-arm seamer has taken the most number of wickets since the 2015 World Cup, and most of his victims fall in the first 10 overs.

The Sri Lankans have been equally inept at the death, failing to score runs with any speed and quantity. 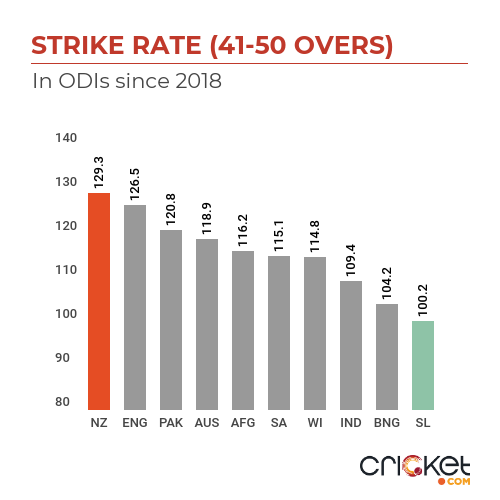 The Lankan bowlers also struggle at the death, just like their batsmen. 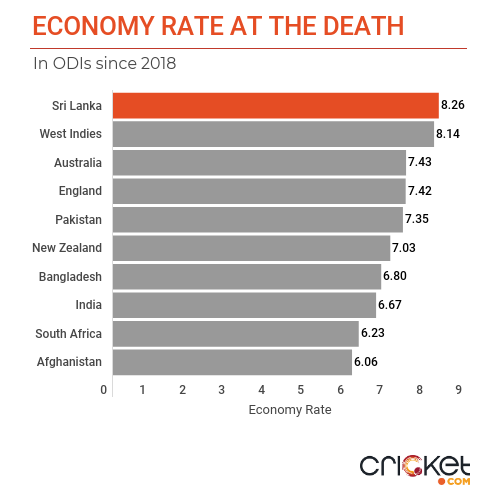 In the ODI series in New Zealand earlier this year, Sri Lanka conceded at 11.66 in the last ten overs; as a result, the Kiwis posted scores of 371, 319 and 364 in the three ODIs. Thisara Perera was blasted for five sixes in an over by James Neesham in the first ODI.

Sri Lanka would be largely dependent on their old warhorse Lasith Malinga to correct their death over issues. Unfortunately, even Malinga’s form has faded away, which is why he was dropped from the ODI side in the first place. His overall economy has crept upto 5.9 post the 2015 World Cup, where it was 5.5 earlier. More notably, his bowling average has gone up to 41.5 from 28 in the considered period of time.

A comparison of the batting assets also echoes the vast gap in quality between both sides. 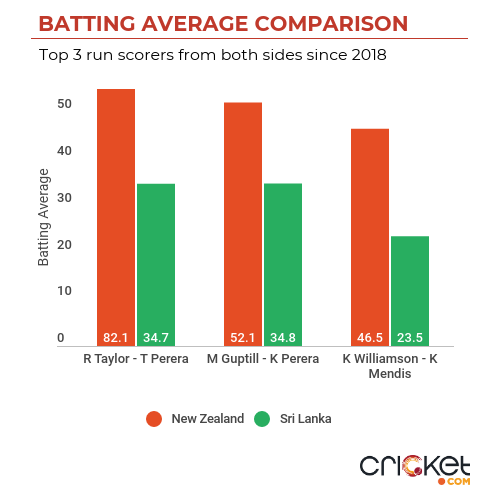 With Guptill, Latham, Taylor, Neesham, WIlliamson and Boult amongst the certainties in the line-up, the Kiwis seem to have majority of their XI sorted. Tim Southee’s good record in England may give him a head start despite his struggles with the ball of late.

Lockie Ferguson has taken 33 wickets since 2018 - all of them after the first powerplay (first 10 overs) making a case for him to be picked over Matt Henry.

The Kiwis tried Henry Nicholls as Guptill’s opening partner, but an ordinary strike-rate of 65 might work against the left-hander. Colin Munro adds the much-needed firepower at the top, and is best fitted to fill the outsize boots of Brendon McCullum.

*Tom Latham is currently injured with a cracked finger

Already starving for experience, Sri Lanka would want to play all their eight players retained from the 2015 World Cup. Nuwan Pradeep was amongst the wickets in both the warm-up games for Sri Lanka, and Dhanajaya de Silva is a good batsman who adds depth to the bowling as well.