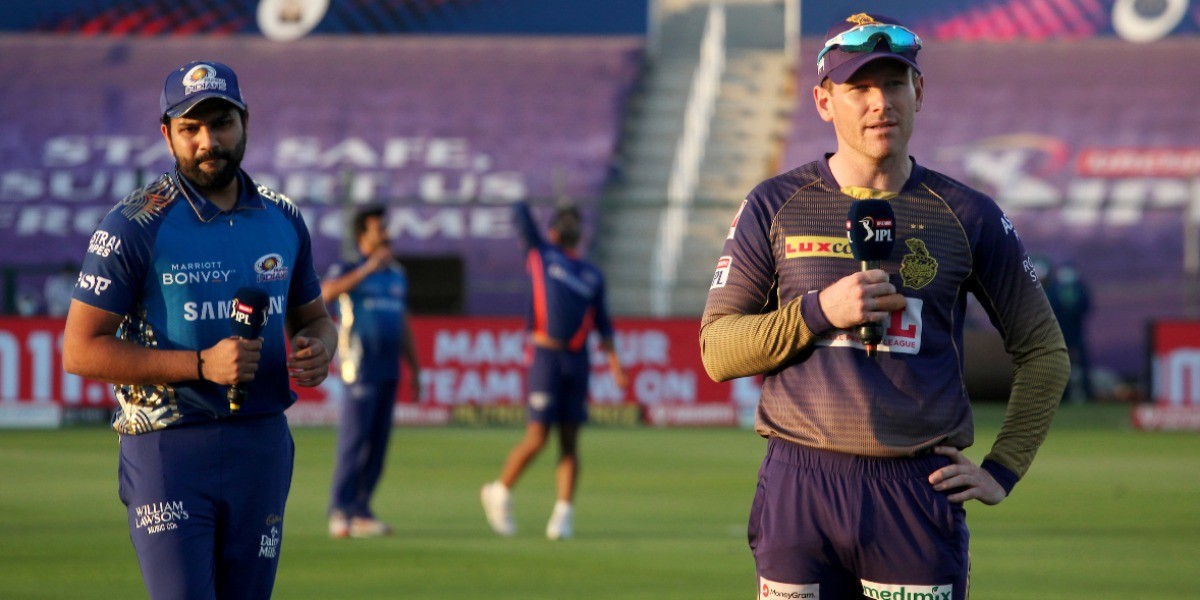 The best thing about time is that it changes. Kolkata Knight Riders, however, are still waiting for the tide to turn in their rivalry against Mumbai Indians. They have won only six times against them in 27 games. Amongst teams which have played over 10 matches against each other, KKR’s loss percentage of 77.8 against MI is the highest. They now run into their arch-nemesis in their second game of the season.

Beating Sunrisers Hyderabad in style, KKR must be confident of pulling one back. MI, on the other hand, are coming after a loss in the season opener but things seem to be going according to plan for them. It has been nine years since they last won their first game of the season but have still won five trophies in the time period. Although, there is one thing to be worried about.

“We might have missed the sixth bowler tonight but it’s early stages in the tournament,” said Chris Lynn after the opening game against Bangalore. With Kieron Pollard and Hardik Pandya not bowling, it becomes the only area where MI lack options.

Lynn said Hardik might be carrying a niggle in his shoulder but it was surprising to see Pollard kept away from bowling as well, who contributed with the ball in an efficient manner last season. Their five-man bowling attack is comprised of Marco Jansen and Krunal Pandya. Jansen is inexperienced and Krunal is a restrictive bowler with 18 wickets in 32 games IPL games since 2019.

If the situation remains the same around Hardik and Pollard, KKR will have one area to subvert MI.

With a relatively young core forming their top order, KKR floundered many times in the Powerplay last season. Their top three were dismissed 19 times for a single digit score in IPL 2020 which was the second most by any team.

The first match, however, saw the trio of Shubman Gill, Nitish Rana and Rahul Tripathi create the difference for KKR. Moreover, they showed great intent, going at 8.3 runs per over in the Powerplay, greater than their run-rate in the last two seasons. KKR would like to continue with the same and lay the platform for the more explosive middle-order.

For the leader of the bowling attack, the question remains: is Pat Cummins doing enough with the ball for them? He has 13 wickets in 15 games, at 33.8 runs apiece. This is the third worst bowling average amongst the 26 bowlers who have taken over 10 wickets since IPL 2020.

KKR would want Cummins to improve on those numbers as early wickets against MI is the key to put their long batting line-up under pressure. Cummins is yet to dismiss Rohit Sharma in IPL (17 balls for 22 runs in three innings). The battle between the two will be the highlight of the match.

Rohit’s love for KKR has not been limited to the head-to-head record between the teams but extends to his batsmanship. Rohit’s tally of 939 runs is the highest by any batsman against a specific side.

Although, Rohit has a mediocre strike-rate against spin. Opening the innings against KKR, he will be up against the spin duo of Harbhajan Singh and Shakib Al Hasan. Since IPL 2018, Rohit’s strike-rate in the Powerplay against spin has dropped to 100, alongside an average of 12.1 - 7 dismissals. 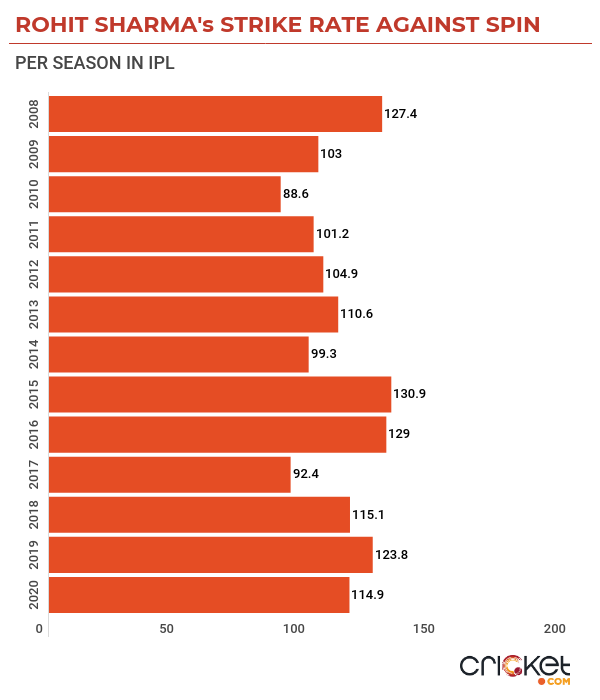 However, the world has witnessed a different Rohit while countering spin international cricket of late. Be it white-ball cricket or red-ball, Rohit has embraced the counter-attacking approach to tackle the tweakers on the trickiest of pitches.

On the Chennai track which has shown assistance for spinners thus far, his battle against the KKR bowling attack, against their spinners and Pat Cummins would be one to watch out for. In IPL since 2019, MI have won 91 percent of their games when Rohit has batted past the Powerplay.

Registering an impressive win in the first game, KKR are likely to go ahead with the same XI. MI are likely to replace Chris Lynn with Quinton de Kock in the XI.