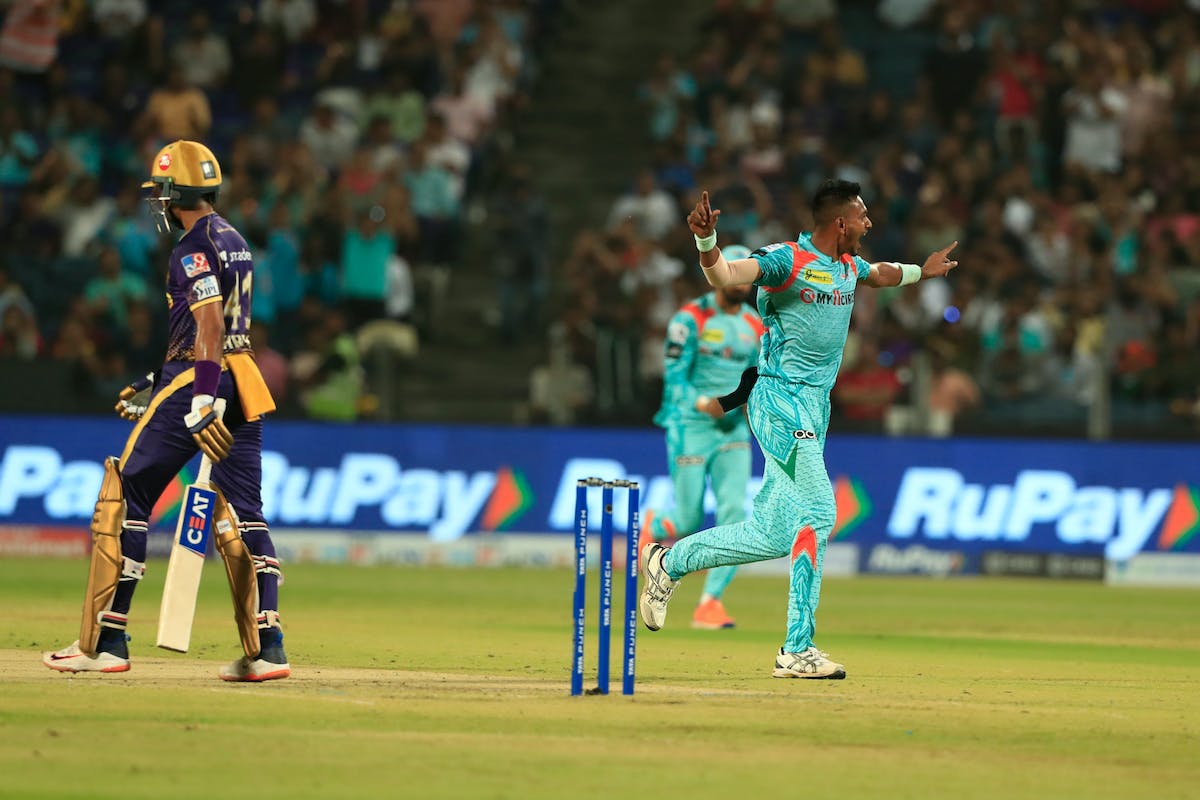 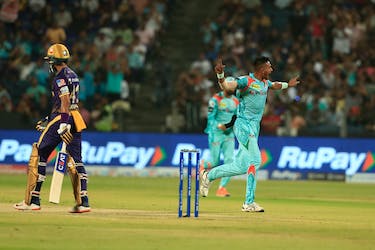 Kolkata Knight Riders captain Shreyas Iyer admitted that his team failed to read the pitch at the MCA Stadium in Pune following their 75-run loss against Lucknow Super Giants on Saturday.

Chasing 177, KKR lost opener Baba Indrajith for a duck in the first over followed by Shreyas' wicket in the fourth over and never recovered.

"It was hard to read the wicket, so we chose to bowl. We found out the ball was stopping and the pitch was two-paced. It was a 155-160 wicket, but they went over that," Shreyas said at the post-match presentation.

Shreyas admitted that LSG had outplayed them in all departments.

"They outplayed us in bowling and batting. They bowled well in the powerplay, they started well with the bat too. We came back in the middle but they took it away from us at the death," he said.

KKR also lost their final three wickets off consecutive balls as they folded out for 101 in 14.3 overs.

"We have not gotten the basics right. Powerplay and death are the areas to improve, hopefully we can get it right next time," Shreyas said.

The win took LSG to the top of the table with three games to go. Skipper KL Rahul was satisfied with his team's performance with both the bat and the ball.

"Having skill is good, but bowling well under pressure and being brave, trusting the best ball on the wicket without being worried about who's playing makes our bowling unit commendable," he said.

While admitting his run-out for a duck in the first over as the only blemish while batting, Rahul praised Quinton de Kock (50), Deepak Hooda (41) and Marcus Stoinis (28) for their performances.

" We dominated most of the game, started well with the bat except the run-out. We thought the wicket was slow and sticky and thought 155 would be par. QDK, Deepak, and Stoinis took it to 170+," he said.

"I can't think of any game where we've had a complete performance, and no team will find the perfect performance. But we have pulled out the win from different situations. We are sticking to our plans and winning which is great," he added.