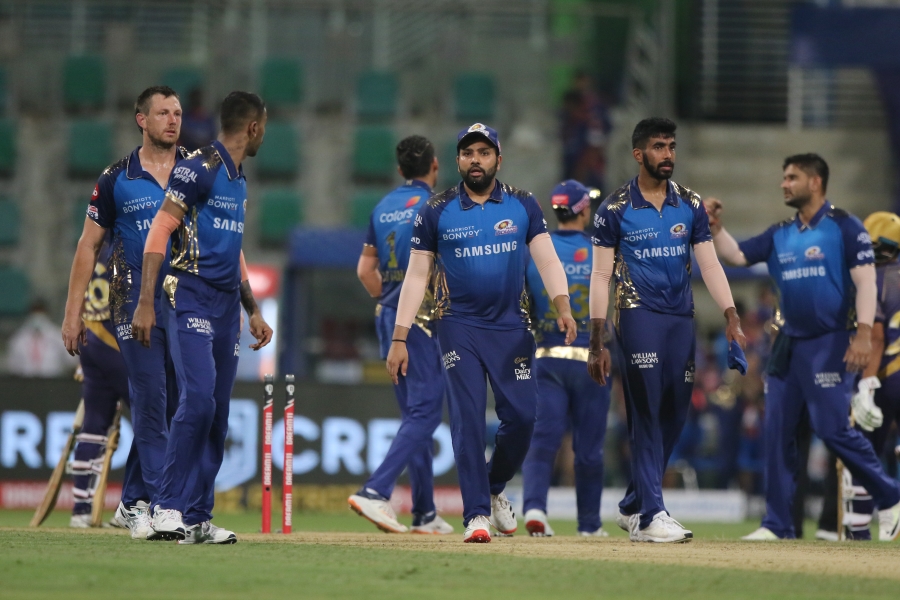 Rohit's domination over KKR continues; Pollard joins an elite club - a few such statistical milestones from the game between KKR and MI in Dubai

Here are a few noteworthy statistical nuggets - apart from the usual number-crunching -  from the game between Kolkata Knight Riders and Mumbai Indians:

Every batsman has one team against which he dominates even when out of form. In the IPL, for Rohit Sharma it is Kolkata Knight Riders. He has scored 904 runs against them which is the most by a batsman against an opponent in IPL. He went past David Warner’s tally of 829 against Kolkata Knight Riders, which was the most by a batsman previously. His only century in IPL also came against KKR. Rohit has scored runs against KKR at an average of 47.6. Against the rest he has scored runs at an average of 29.6. That is a clear indication of his domination against them. 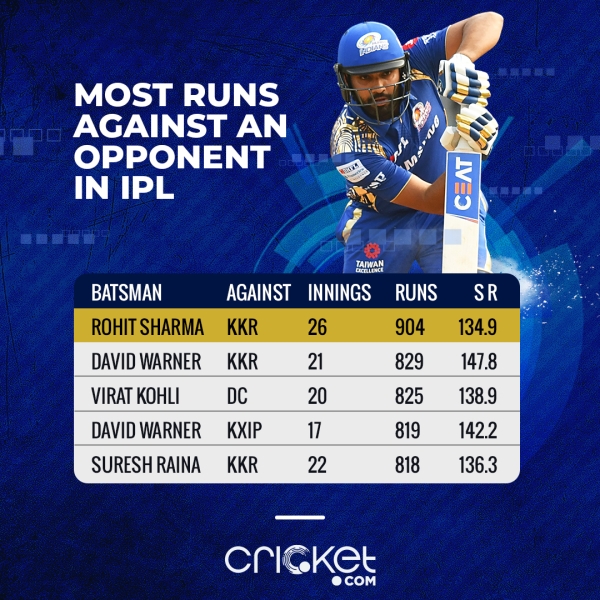 Kieron Pollard featured in his 150th IPL match and all of his matches have been for Mumbai Indians. Hence, he became the first Mumbai Indians player to feature in 150 matches. His skipper, Rohit with 145 matches is at second place. Pollard became the 4th player in IPL to represent a team for over 150 or more matches. Virat Kohli who has been a part of the Royal Challengers Bangalore set-up from the first season has represented 178 matches, which is the most appearances by a player for a team.

Rohit becomes the 2nd Indian after MS Dhoni to enter the 200 sixes club. Rohit, prior to this innings was 6 short of 200 sixes in IPL. He reached the milestone in the 14th over with a hit to long-on off Kuldeep Yadav. Rohit who already has the most sixes for an Indian in international cricket is now behind Chris Gayle (326), AB de Villiers (214) and Dhoni (212) in the all time list in IPL. 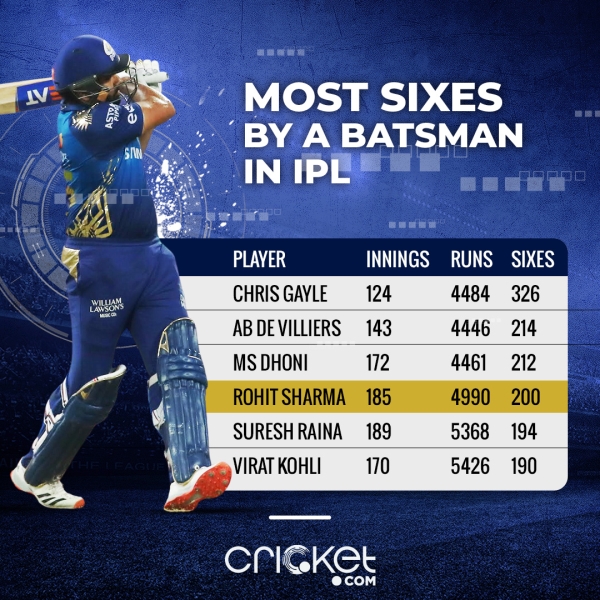 Mumbai Indians are one of the most successful teams in IPL. Against Kolkata Knight Riders, they have tasted great success. In IPL, MI have won 20 matches out of the 26 played against KKR. In the last couple of years especially, MI have stamped their authority over KKR. In IPL since 2015, MI have lost only twice in the 12 matches played. Their 20 wins against KKR is the most by a team against an opponent in IPL. 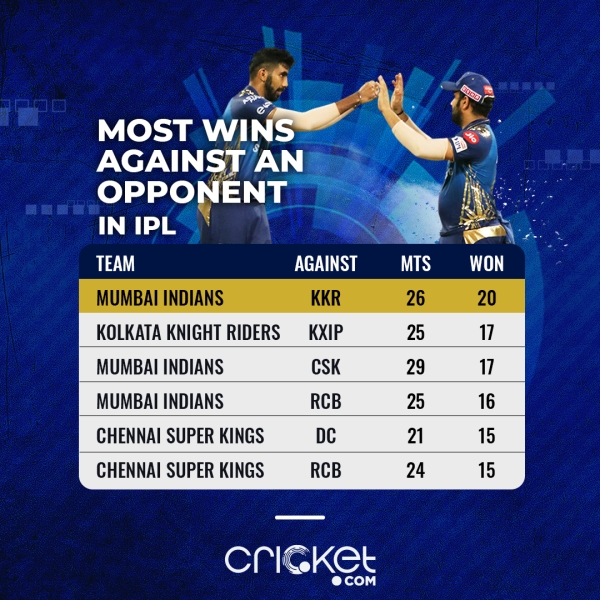 Bumrah’s costliest over in IPL

Starting his 4th over with an economy of 1.7, Bumrah was in for a surprise when he turned up to bowl his last over. He ended up with an economy of 8 at the end of his spell, courtesy of 27 runs scored in his last over. The 27-run over from Bumrah comprised 4 sixes and a double from Pat Cummins and a wide. In IPL, prior to this match, against RCB in 2015 at the Wankhede he had conceded 25 runs in an over, which was his most.