Knock in 2nd T20I vs Australia my best so far: Richa Ghosh 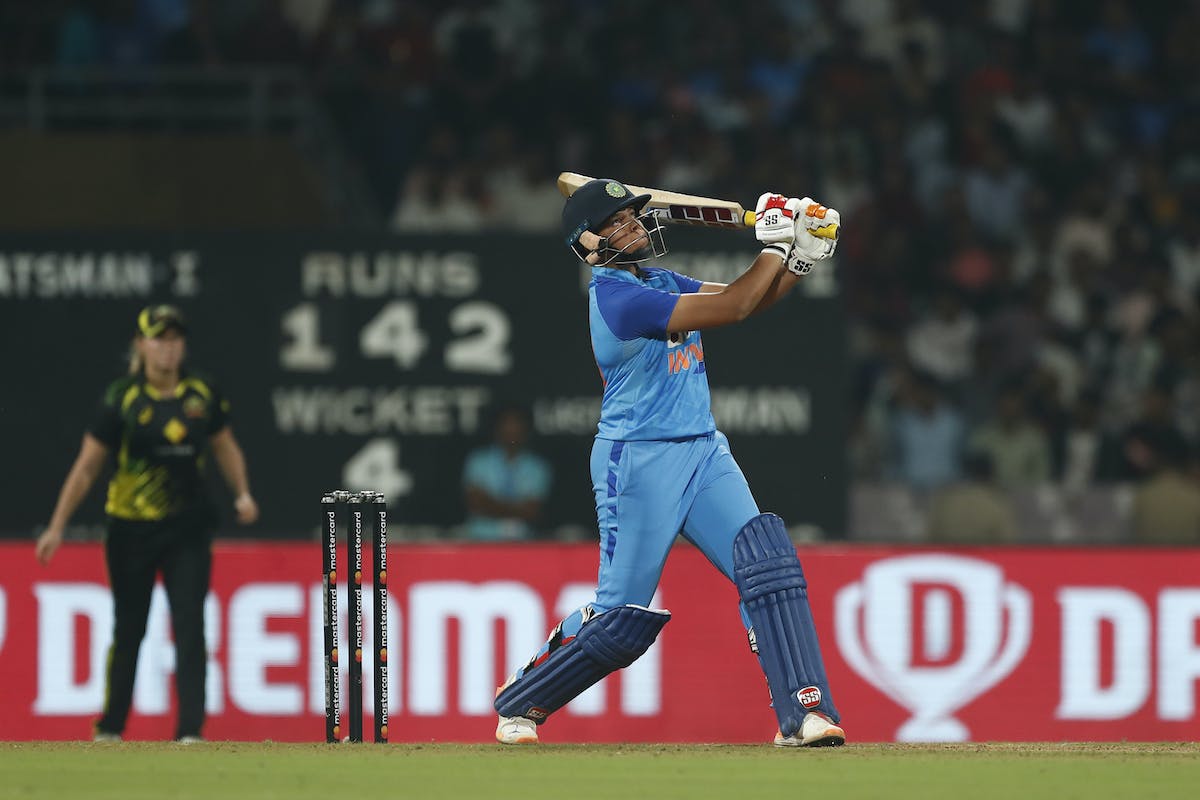 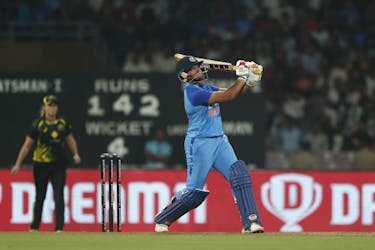 Knock in 2nd T20I vs Australia my best so far: Richa Ghosh

India Women stumper Richa Ghosh has played quite a few cameos in the last year or so, but she feels that her unbeate 12-ball 26 in the second T20 International (T20I) against Australia at the DY Patil was the best she has ever played. Chasing 188, Richa came into bat after a well-set Smriti Mandhana was dismissed with India still needing 40 more from 21 deliveries.

While heading back to the dugout, Mandhana had instructed Richa to finish the job, which she eventually did. Not only did Richa hel India tie the game, she smashed a six off the very first ball of the Super Over that helped India over the line and level the three-match series 1-1.

“I think we executed our plans well. This was my best knock. Whenever I bat, I always think about how to help my team win a game. Smriti  di [Mandhana] told me to finish the game and we did it,” Richa said ahead of the third T20I at the Brabourne Stadium, Mumbai.

“We were just following our plans and I was trying to get as many runs in the middle [overs] so that helped us to achieve the target in the end.”

Richa will be part of the Under-19 Women's T20 World Cup in South Africa, starting next month and will join her teammates in a camp to be held in Bengaluru. As a result, and Shafali Verma, the captain of the Under-19 team could miss the final T20I against Australia. Richa says that her focus continues to be on the series in hand and not on the multi-team event.

“We are only thinking about this series for now. Once we join the U-19 camp, we will focus on those things. It won’t be a problem to get used to that set-up because both Shafali and I have known them for a while,” she said.

As someone who idolised MS Dhoni growing up, Richa says she looks forward to meeting the legend some day.

“I want to meet him, but haven’t had the opportunity to meet him yet. There have been times when he would leave early or maybe we would have a camp or something the next day. But I do wish to meet him someday," the 19-year-old said.

“Since childhood, I have followed MSD - the finisher. The rest I have learned from my dad. Family and father helped me a lot and he would always accompany me for games. He could not play for long, so he backed me to chase my dreams."

While she did not have a good outing in the Women's Big Bash League (WBBL) scoring just 162 runs at 12.46 in 14 innings for the Hobart Hurricanes earlier this year, she has since stepped up her game to become one of the cleanest hitters going around. Despite being excluded from the Commonwealth Games (CWG) squad she has kept her head up and delivered at crucial junctures for India.

“She came over to the WBBL and probably did not have quite the impact as she is having in this series. It’s an interesting one for us, but the confidence that she is coming out and batting with, is probably a little terrifying for a lot of U-19 World Cup sides out there,” Australia captain Alyssa Healy said.