David Warner avoided being bowled early in his side’s unsuccessful run-chase at the Oval on Sunday when he deflected Jasprit Bumrah’s delivery onto the wicket.

India captain Virat Kohli and Australia skipper Aaron Finch joined forces to condemn the “unfair” bail controversy that threatens to ruin the ongoing World Cup. Australia opener David Warner avoided being bowled early in his side’s unsuccessful run-chase at the Oval on Sunday when he deflected Jasprit Bumrah’s delivery onto the wicket via his boot. Not for the first time in this tournament, the ball struck the stumps but failed to dislodge the bails, meaning Warner earned an unexpected reprieve. It was the fifth incident in the tournament of the ‘zing’ bails, which contain lights that flash when the ball hits the wicket, failing to come off when hit.

In the West Indies’ game against Australia on Thursday, Chris Gayle was saved when the bails stayed on despite his stump being clipped by a 91 mph (146 kph) Mitchell Starc delivery. Other high-profile instances included South Africa’s Quinton de Kock being reprieved against England in the tournament’s opening game and Sri Lanka’s Dimuth Karunaratne surviving against New Zealand. The International Cricket Council (ICC) have defended using the ‘zing’ bails’, claiming they are lighter than the standard wooden ones normally used at all levels of cricket.

But Warner, who was on one at the time of his escape, went on to score 56, and the issue is becoming a huge talking point, with former England captains Michael Vaughan and Nasser Hussain calling on the ICC to do something about an issue which threatens to turn a freak occurrence into a routine event. Although India won the match by 36 runs, Warner’s escape could have been a turning point and Kohli made it clear the situation was unacceptable. “Definitely. This is not something you expect at international level,” he told reporters. “The technology is great. It’s very precise when you make something happen with the stumps.

“But you literally have to smash the stumps really hard to knock them out. That’s me as a batsman saying that.

“These are fast bowlers, these are not medium-pace bowlers.

“We checked and the stump was not knocked in very hard so I don’t know what’s going on. Is the stump too thick or too rigid?

“No team will like to see that, if you bowl a good ball and you don’t get a guy out. I haven’t seen that happen so many times in the past.”

Finch’s team were beneficiaries of the latest bail incident, but that did not stop the Australia captain from also voicing his concerns.

Asked if it was wrong the bails could effectively decide a major match, Finch said: “Yeah, I think so. We were on the right end of it today, but I think going forward it is a bit unfair at times. “It hit the stumps pretty hard. It does seem to be happening more and more, which is unfortunate.

“I’m not sure what they can do. I don’t know how much lighter they can make the bails.

“You would hate to see something like that happen in a World Cup semi-final or final when you have done the hard work to set up the batsman.”

Finch had to defuse another potential controversy after Australia spinner Adam Zampa faced allegations of ball- tampering. Zampa was pictured during the match putting his hand into his pocket and then rubbing the ball several times. The incident came just a year after Australia stars Warner and Steve Smith, as well as team-mate Cameron Bancroft were banned for their roles in a ball-tampering scheme during a Test in South Africa.

On this occasion, Finch insisted Zampa was using hand-warmers he had put in his pocket, as he apparently does for every match. “I haven’t seen the photos, so I can’t comment on them. I know for a fact he has hand warmers in his pocket. He has them in every single game he plays,” Finch said. 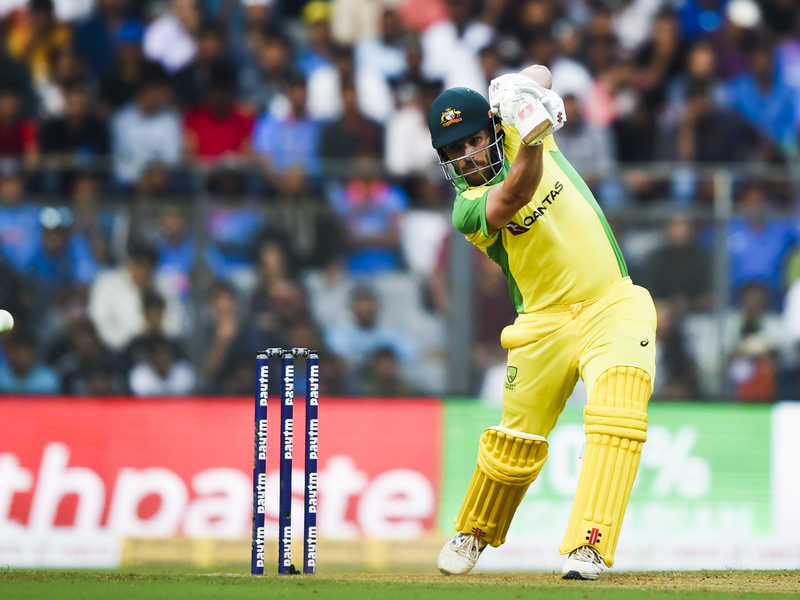