Virat Kohli on Saturday unveiled the orange-and-dark-blue jersey that the team will wear in their World Cup match against England in Birmingham.

Blue has been Indian cricket’s dominant colour since the advent of coloured clothing but Kohli, known for his fashion sense, was impressed by the new kit for Sunday’s match at Edgbaston.

“I quite like it. I think it’s right up there. For me it will be a eight (out of 10). Honestly, I am not saying that for the sake of it,” Kohli said at his pre-match press conference.

“The contrast is good, the fit is great. For one game it’s fine. But I don’t think permanently we will be heading in that direction because blue is our colour and we are very proud to wear that.”

Eight of the 10 nations at the World Cup have an alternate kit in case of a colour clash and England also wear light blue, hence the switch.

But the colour of the kit has stirred controversy in India.

Sri Lanka changed to yellow shirts against England and decided to keep them for the rest of the tournament as a lucky charm after their shock win against the hosts.

India, unbeaten in their six games, need just one win from their remaining three games to book a semi-final berth while Eoin Morgan’s England must win both of their final games to guarantee progress. 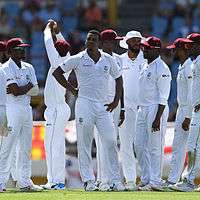 NEWS
West Indies players to wear 'Black Lives Matter' logo during Test series against England
Holder, who wants racism to be treated at par with doping and corruption, said they arrived at the decision to wear the logo after much thought 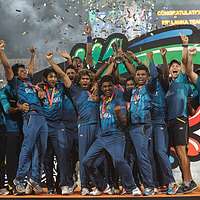 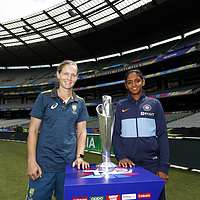 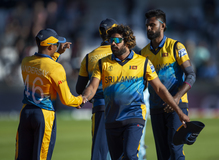