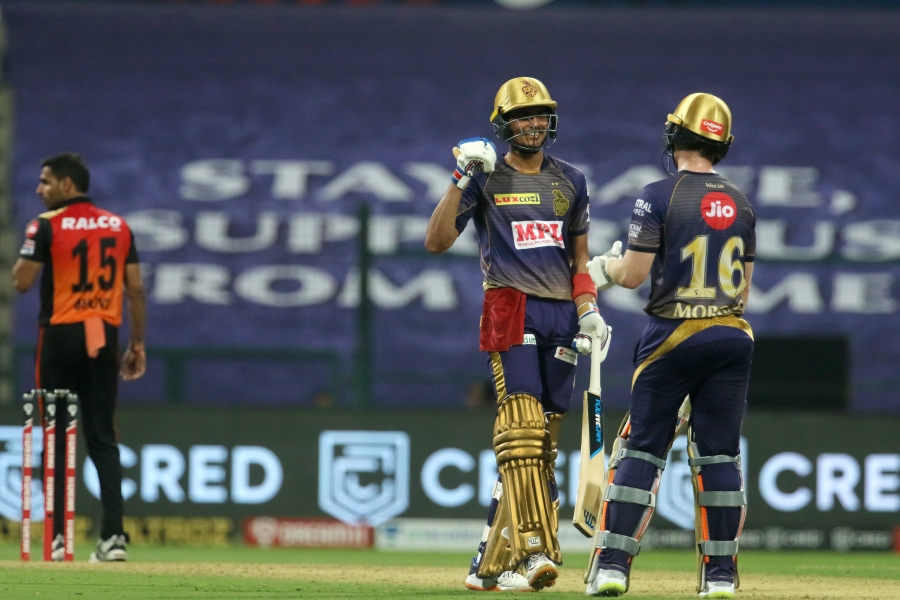 Here are a few tips and suggestions that might help you in creating your fantasy team for the 24th match of IPL 2020 between Kolkata Knight Riders and Kings XI Punjab at Sheikh Zayed Stadium, Abu Dhabi

Kolkata Knight Riders (KKR) take on KXIP Punjab (KXIP) in Match 24 of the Indian Premier League (IPL) 2020 on Saturday (October 10) at Abu Dhabi. Despite having all the required ammunition, KXIP find themselves at the bottom of the points table, having lost five out of their six games so far. KKR have stuttered along the way, but their 10-run win over Chennai Super Kings (CSK) will give them a lot of confidence going into this match.

Things do not look good for Punjab when you look at the overall IPL head-to-head. In their 25 meetings in the competitions, KKR have won 17, while KXIP have won just eight. KKR have also won the last three games against KXIP. 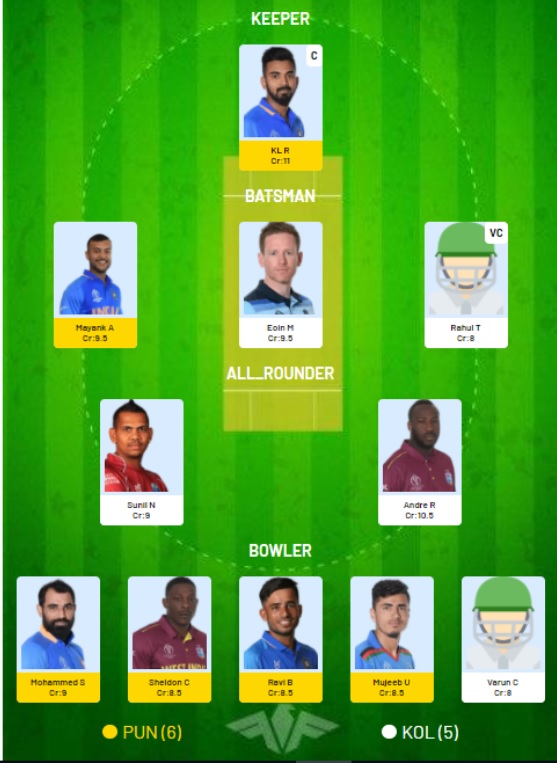 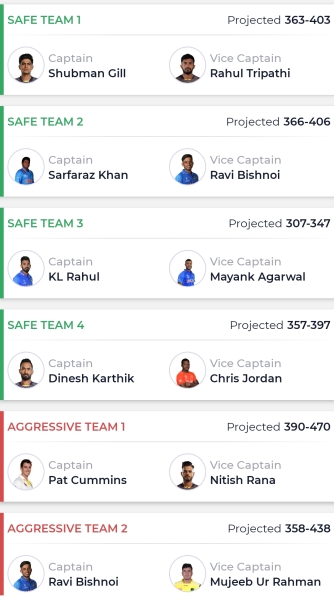 This is the ninth match played at the Sheikh Zayed Stadium in Abu Dhabi. Out of the previous eight matches to be played at this venue, the team batting first have won five, while teams chasing have won thrice. KKR have won one defending and won one chasing at this venue already, while KXIP in their only game at the venue so far were handed a 48-run thrashing by Mumbai Indians (MI).

Unlike Sharjah or for that matter Dubai, there is something in the pitch for the bowlers at Abu Dhabi. In IPL 2020, bowlers have struck every 27.7 runs, 20.7 deliveries apart, which is easily the best among the three stadiums for this edition of the tournament. The average score batting first at Abu Dhabi has been 171 this season, which is much lower than Dubai (182) and Sharjah (212).

The previous match between KKR and CSK showed that the track gets slower in the final quarter of the innings, which brought spinners into play. Hence, it might be a good idea to win the toss and bat first. 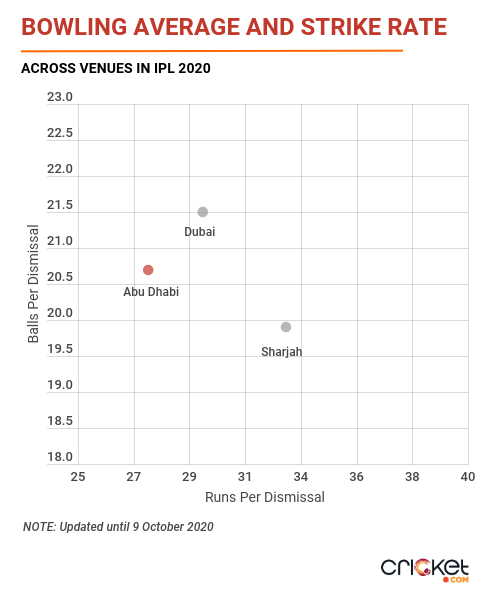 While the pacers have dominated the wicket share in Abu Dhabi – for that matter in all three grounds – this season, the spinners too have a small part to play. In Abu Dhabi and Dubai, they have been more economical than the pacers, but they have not reaped benefits when it comes to wickets.

In fantasy cricket, it is wickets that matter and it would be advisable, if you stock your team with more fast bowlers than spinners, keeping in mind tweakers too play a huge part in the wicket-taking department, albeit, not as much as the quicks. 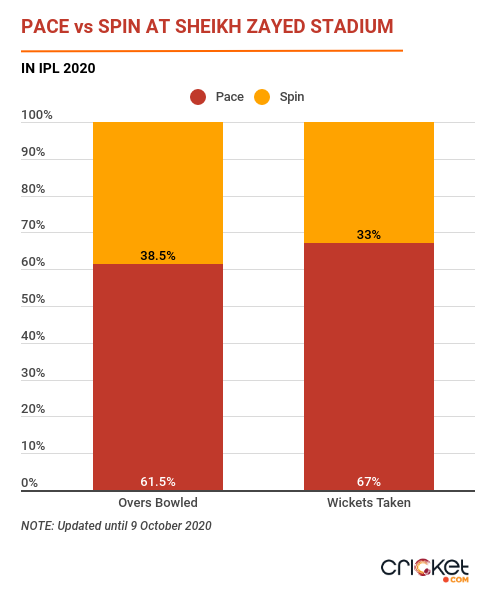 The Orange Cap holder KL Rahul has batted beautifully throughout the tournament and he will once again be a vital cog in the KXIP batting line-up. Not many batsmen have dominated Sunil Narine the way Rahul has and we could once again see him smash the mystery spinner to all corners. Even though Narine did not bowl in the Powerplay in the previous match against CSK, he could be brought in to dislodge Rahul, whom he has dismissed twice in five innings. 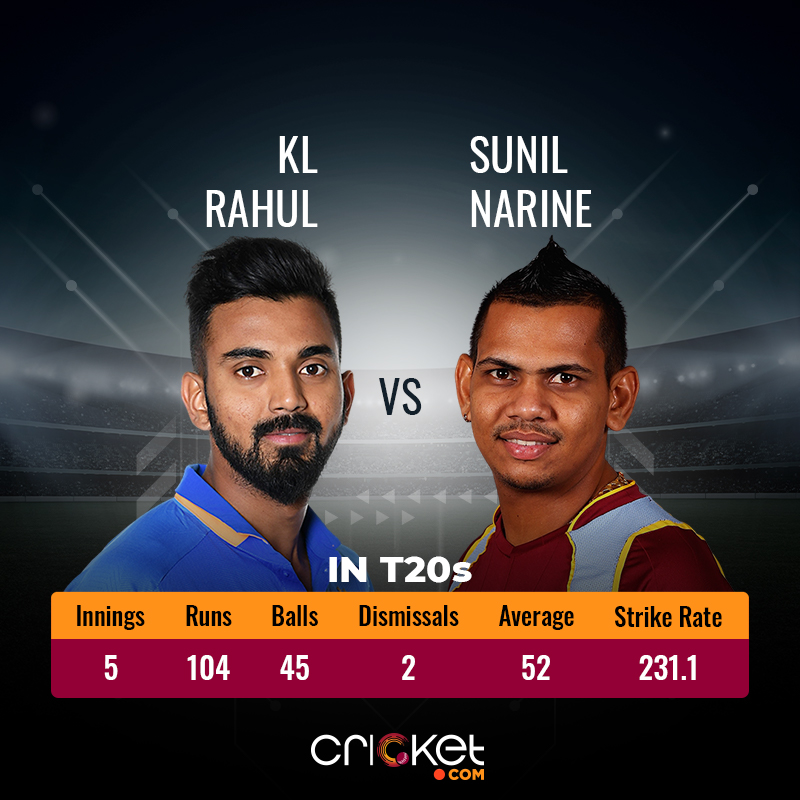 While Eoin Morgan is one of the fiercest hitters in the world, he has not managed to stamp his authority in this tournament so far – just like Glenn Maxwell, who has not had the best of tournaments with the bat. However, it could be Maxwell’s bowling which KXIP turn to in this game, having dismissed the England captain thrice in eight innings. Morgan strikes at close to 180 against Maxwell, but it could turn out to be an interesting contest in the middle overs if Maxwell is indeed handed the ball. 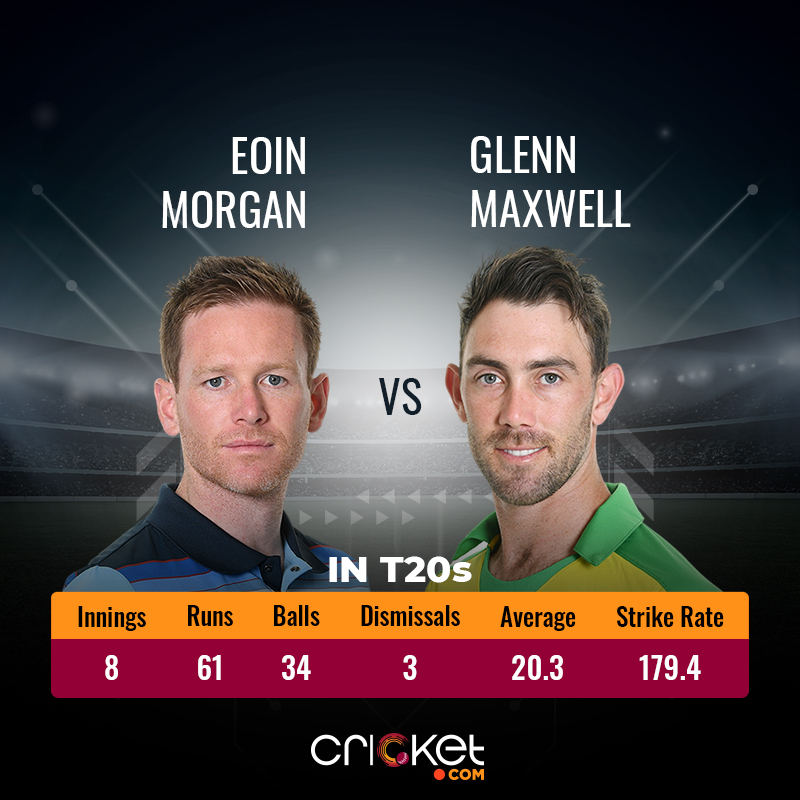 The battle of the two West Indies internationals – Nicholas Pooran and Andre Russell – could be a mouth-watering affair. When he has got the chance to bat in the middle-order, Pooran has scored 119 runs at a strike-rate of 163.01, while Russell has bowled just 10 overs this season, and has already picked up five wickets in it. The two performers have come up against each other on 12 occasions in T20s, with Russell getting the better of Pooran just thrice. However, Pooran too has not managed to run away with the contest as his modest average of 20 depicts. 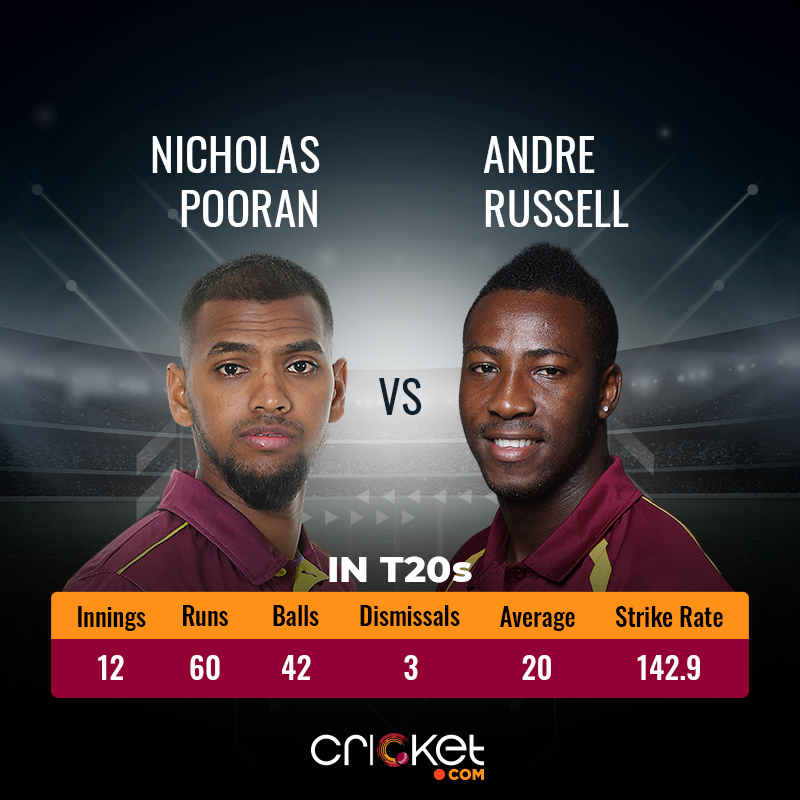 With scores of 132 not out, 69, 17 and 63 and 11 in his last five innings, KL Rahul should be the front-runner to captain your fantasy side. While the results may not have gone in KXIP’s favour, you should bank on Rahul’s current batting form to give your side a chance of getting a bucket load of points. Rahul’s 313 runs this season has come at an average of 62.60 and strike-rate of 136.68. His knocks also include two fifties and a hundred.

Rahul Tripathi has cashed in on both his chances in the tournament so far. He scored a 16-ball 36, batting at No. 8 against Delhi Capitals (DC) and then followed that up with a match-winning 81 off 51, opening the innings, against CSK to get his team back to winning ways. Tripathi seems to have made a positive start to this year’s tournament, already having scored 117 runs in two innings – an excellent start compared to the previous season in which he managed just 141 runs from six outings. He will certainly be the player to watch out once again in this match.

Our Criclytics player projector predicts Tripathi could score 15-38 runs in this match.

Nobody has picked up more wickets in the Powerplay than Mujeeb Ur Rahman (33). The Afghanistan spinner was drafted into the XI for the first time in the previous game against Sunrisers Hyderabad (SRH), but did not have the best of games, but is surely a valuable asset to the team. It was a mystery as to why KXIP did not play him until now. With KXIP in desperate need of wins, Mujeeb could very well be the one who plays a pivotal role in getting their campaign back on track.

Our Criclytics player projector predicts Mujeeb could pick up 1-2 wickets in this match.

Only Kagiso Rabada (9) and Jasprit Bumrah (9) have picked up more wickets than Andre Russell (5) at the death. While Russell has not been able to deliver with the bat this season, he has been a clever operator especially at the death, conceding at less than nine and has induced 45.2% false shots. You can never count Russell out with the bat as well, who has the reputation of smoking some of the biggest sixes and scoring tons of runs especially in the last five overs. Will this be the match he turns his fortunes around with the bat?