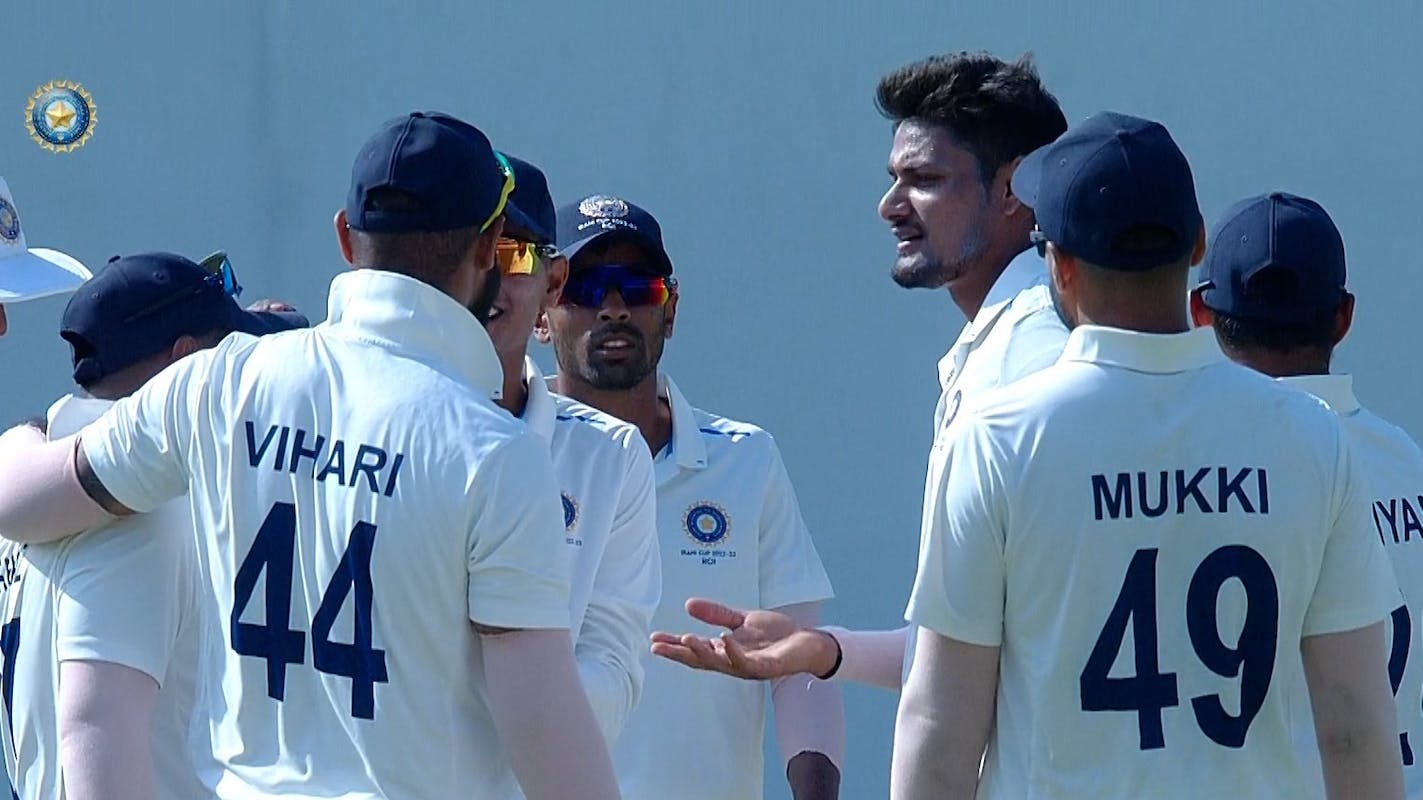 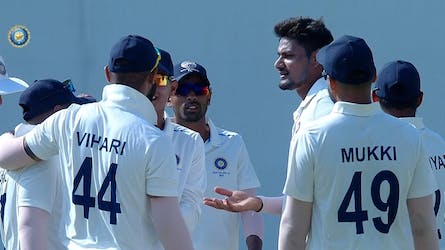 Jaydev Unadkat's fighting 89 and fiery opening spell in the second innings were in vain as Rest of India (ROI) clinched the Irani Cup 2022 with eight-wicket win over Saurashtra on Tuesday at Rajkot.

Saurashtra fared much better in the second innings, thanks to gritty half centuries by Sheldon Jackson (71), Arpit Vasavda (55), Prerak Mankad (72) and Unadkat. After being reduced to 87/5 on the third day's morning, Jackson and Vasavda added 117 for the sixth wicket while Unadkat led the fightback in the latter half by adding 144 with Mankad for the eighth wicket.

Unadkat resumed batting on 78 on the fourth day with Saurashtra's lead at a meagre 92 runs. They managed to add 12 runs to their total with Unadkat scoring 11 off it. Pacer Kuldeep Sen (5-94) removed Parth Bhut and Unadkat in successive overs as the home team ended their second innings at 380.

Chasing 105, ROI were rattled by Unadkat's pace and movement as the left-armer sent back opener Priyank Panchal (2) and Yash Dhull (8) early. ROI sent India Test keeper KS Bharat at No.4 as the Andhra batter cautiously dealt with the new ball.

Bharat (27 not out) and Abhimanyu Easwaran (63 not out) made sure ROI didn't suffer another hiccup as they took the score to 57/2 by Lunch. The pair upped the ante in the second session as the remaining 48 runs came in 9.2 overs.

Mukesh Kumar starred with 4-23 for ROI on the first day as the Bengal pacer received a surprise call-up for India's ODI series against South Africa starting on Thursday. Kuldeep Sen ended the match with figures of 8-135 while left-arm spinner Saurabh claimed three wickets in the second innings.

India Test batter Cheteshwar Pujara, who arrived a day before the match from his county stint with Sussex, was dismissed for a single run in both the innings.

The Irani Cup, traditionally a domestic season-ending match, returned after a three-year hiatus due to the pandemic. The second Irani Cup of this season will be played between 2021-22 Ranji Trophy champions Madhya Pradesh and Rest of India in March, 2023.