Kumble optimistic of IPL happening this year, even if it's without spectators 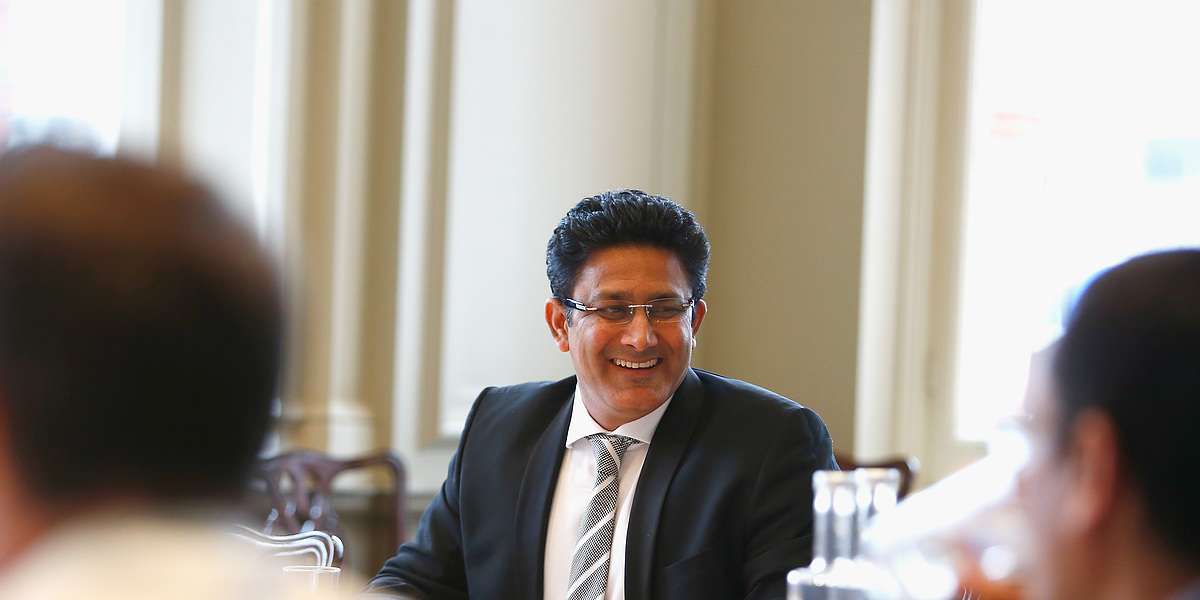 Kumble optimistic of IPL happening this year, even if it's without spectators

"If we are going to have a stadium without spectators, then probably have 3 or 4 venues; there's still a possibility, we are all optimistic"

Former India captain and Kings XI Punjab head coach Anil Kumble is hopeful of the IPL happening this year and is not averse to the idea of conducting the cash-rich event without spectators due to the COVID-19 threat.

It is not official yet but there is speculation that the BCCI wants to hold the IPL in the October window after the tournament was postponed indefinitely earlier this year due to the COVID-19 pandemic.

"Yes we are hopeful and optimistic that there is still a possibility (to hold IPL this year) if we can cram in the schedule," Kumble was quoted as saying by Star Sports show 'Cricket Connected'.

"If we are going to have a stadium without spectators, then probably have 3 or 4 venues; there's still a possibility, we are all optimistic," said the former spinner, who is also the chairman of ICC's Cricket Committee.

Former India batsman VVS Laxman said the stakeholders can stage the league in cities which have multiple stadia to reduce travelling by players.

"Absolutely (there is a chance to hold IPL this year), and also make sure that all the stakeholders have a say," he said.

"...you should identify one venue, which probably has 3 or 4 grounds; if at all you find that kind of a venue because travel is again going to be quite challenging," said the former stylish batsman.

"You don't know who's going to be where at the airports, so that I'm sure the franchises and the BCCI will be looking into."