Langer will feel like guys in the team are stabbing him in the back: Khawaja 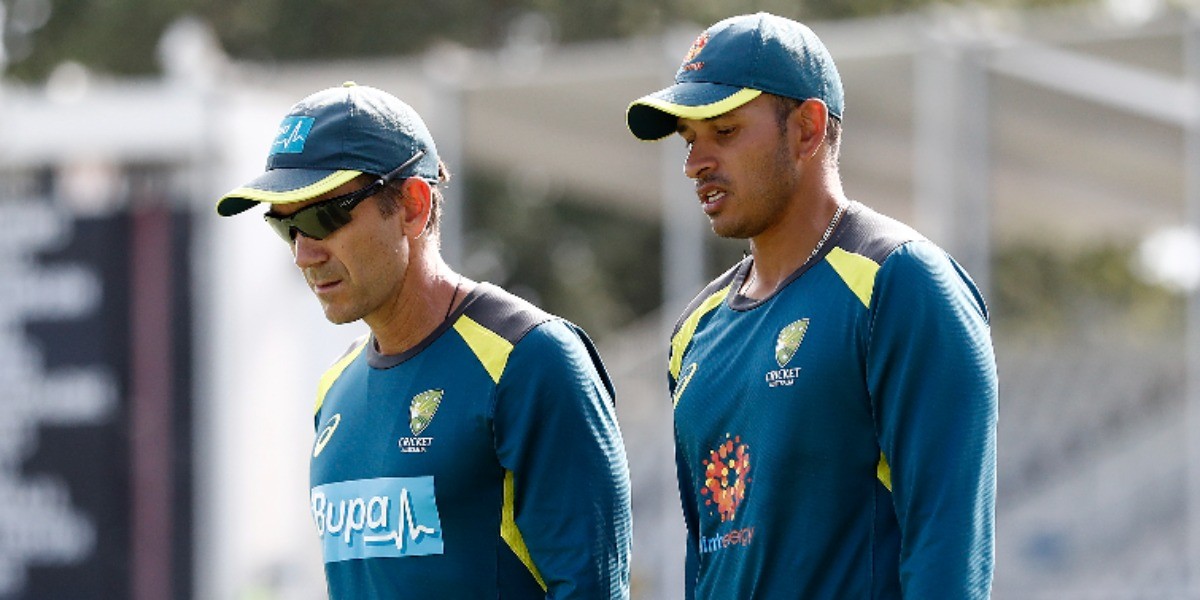 Langer will feel like guys in the team are stabbing him in the back: Khawaja

The left-handed batsman said Langer's "greatest weakness is his emotion"

Australian batsman Usman Khawaja believes head coach Justin Langer's "greatest weakness is his emotion" and he must be feeling like he is being stabbed by his own players.

All is not well between the Australian players and Langer. Test captain Tim Paine recently had an emergency meeting with Langer, vice-captain Pat Cummins, limited-overs skipper Aaron Finch, Cricket Australia chairman Earl Eddings and CEO Nick Hockley. The involved parties are now willing to work together until Langer's contract expires next year.

"How do you think JL feels? He probably feels like the guys in the team are stabbing him in the back and that's what it looks like and that's why it's so disappointing. It's actually a really bad look. This is something the group needs to sort out ASAP," Khawaja said on his YouTube channel.

"It's not always the coaches. The guys aren't performing, the players need to take ownership at some stage. It's not one person so there needs to be some sort of perspective put around this.

"He (Langer) is a very passionate person. Loves Australian cricket, wants the best for everyone, wants to only succeed. He's driven by winning, driven by winning the right way and all the things he brought after sandpapergate were focused on those things.

"One thing that keeps coming up is his emotions. Yes, the man wears his heart on his sleeve. He can be very emotional. It's probably his one downside, his greatest weakness is his emotion. He rides the highs and rides the lows but it's only because he is passionate.

"Unfortunately, it's probably the one thing that's letting him down the most but it comes from a very good place. He knows it, he knows he needs to improve, he's said it in the media, I've chatted to him."

There were reports regarding a huge rift in the dressing room between the players and Langer. The 50-year-old has come under immense scrutiny after Australia were dismantled 1-4 in the five-match T20I series against Bangladesh. They suffered the same fate when they travelled to West Indies and have not lost their last five bilateral T20I series.

More players started talking to journalists off-record and ‘The Grade Cricketer’ podcast revealed that some players described the dressing-room atmosphere as ‘toxic’ and ‘way worse than expected’. Which is precisely why recent happenings in Bangladesh - where Australia team manager Gavin Dovey and Langer were allegedly involved in a heated altercation with Cricket Australia's digital journalist over a video - raised serious suspicions that there might be an actual dressing room unrest.

Talking about his relationship with Langer, Khawaja said: "People have seen the Amazon Test series, 'Uzzie is out of the team because of Justin Langer' - let me stop it right there, my relationship with Justin Langer is really good. I still talk to him, still text him till this day because we have a lot of respect for each other.

"People thought I got dropped because I stood up to him, it's actually the opposite, I actually got closer - he gained my respect and I gained his because we had some really honest and open conversations."