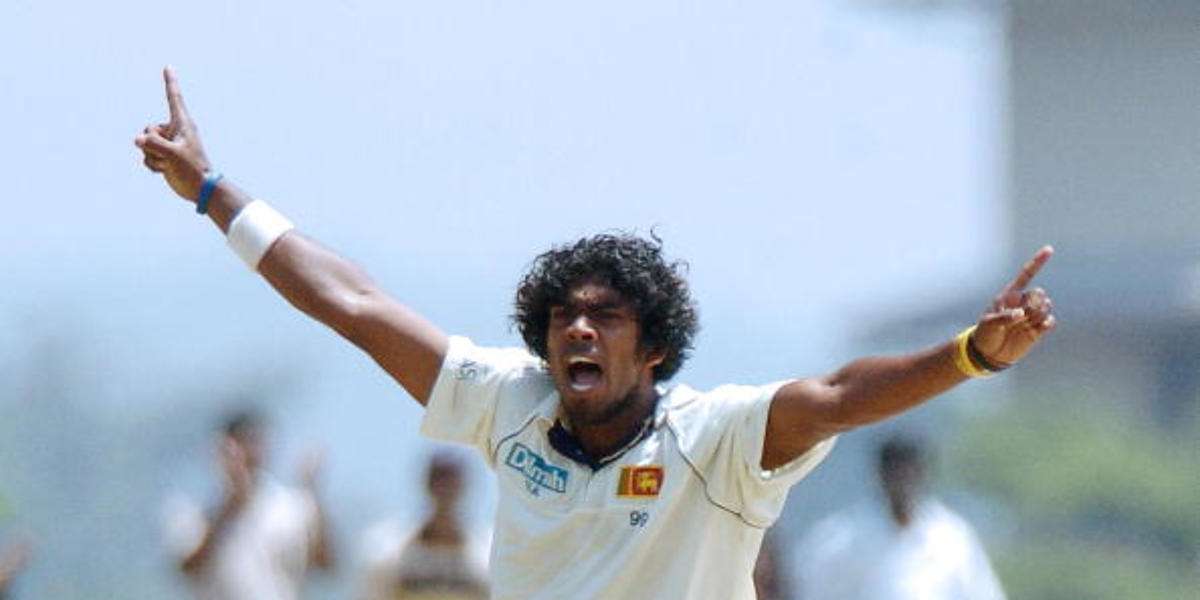 On this day in 2004, the fast bowler made his international debut - a Test against Australia at Darwin

There are very few things Lasith Malinga cannot do when it comes to white-ball cricket. He has in fact raised the bar in One-Day International (ODI) and T20 International (T20I) cricket that we tend to forget that he has over 100 wickets in Tests as well. Malinga is considered to be one of the greatest limited-over bowlers of all-time. He has yorked batsmen for fun and won games almost single-handedly numerous times for Sri Lanka over the years, but when it comes to the Test arena there remains a feeling of what could’ve been, although 101 wickets at 33.15 is not bad at all.

Malinga who made his international debut – in a Test, on this day in 2004 – had a decent outing in his maiden game, picking up six wickets, including that of Darren Lehmann twice to go with the likes of Adam Gilchrist, Damien Martyn, Shane Warne and Michael Kasprowicz. His ODI debut too came later that month and thus began Malinga’s domination in the 50-over format, which has kept him relevant till date.

While Sri Lanka lost on his Test debut, his best came in April 2005 in Napier when he became only one of four Sri Lankan bowlers to pick up nine or more wickets in a match in New Zealand. He not just won the player of the match, but it was further proof that an unorthodox, slingy action could do enough damage in the longest format.

In the period Malinga played Tests, he was one of three Sri Lankan bowlers to pick up 100 wickets and he did so with the best strike-rate (51.5) - after the great Muttiah Muralitharan (48.4) – which showed his prowess in the Test arena. Among fast bowlers, only Chaminda Vaas has more wickets (109) than Malinga but the left-armer picked up a wicket once every 60.8 deliveries, which was significantly worse than Malinga’s record. 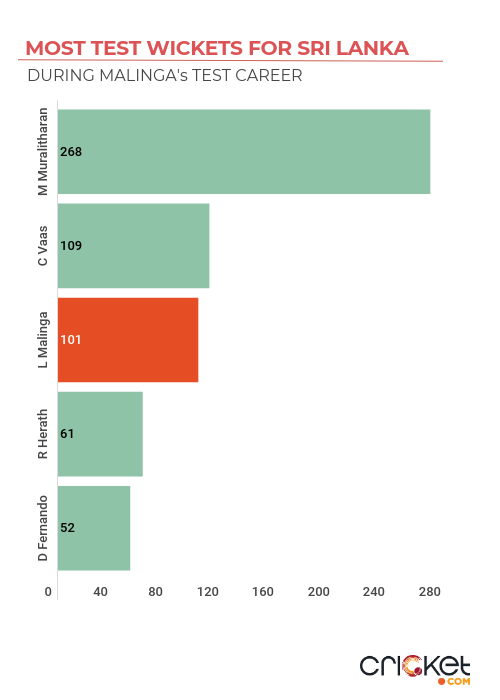 However, as the years rolled on, his body would take a heavy toll of playing all three formats, given his pace and his bowling action. Malinga could regularly clock over 140KPH back then, which had considerably gone down especially after he decided to focus on limited-overs cricket.

In April 2011, after playing just 30 Tests, Malinga decided to make himself unavailable for Test selection ahead of the England tour due to a "long-standing degenerative condition in the right knee.” Though he made it clear that he will not back down from representing his country in ODIs and T20Is. "The condition relates directly to the chronic knee injury I sustained playing for Sri Lanka in Australia back in February 2008, an injury that prevented me from playing ODI cricket for 16 months,” Malinga said in a statement. The fast bowler also did not want to strain his body further by bowling 15 overs a day, which would perhaps be the requirement in Test cricket and that could possibly have led to permanent damages.

Many cricketers have had their careers cut short because of injuries and Malinga is no different. Had he continued to play Tests, Sri Lanka perhaps would not have been struggling at the moment, but there might have been a chance wherein he might have stopped playing cricket altogether. His decision turned out to be the right call eventually as Malinga would go on to play a huge role in Sri Lanka’s ODI and T20I sides while also going on to participate in T20 competitions around the world, including the IPL, BBL and the BPL.

He has the most wickets in IPL history, has won four titles with Mumbai Indians (MI) and in 2012 he finished with figures of 6 for 7 in the BBL for Melbourne Stars against Perth Scorchers, which is not only the best figures in the tournament’s history but was then the second best bowling figures in the shortest format.

Has Malinga’s retirement from Tests helped him in the shortest format? It surely has. While it may not have improved his performances significantly, he has been more or less consistent in ODIs and T20Is. 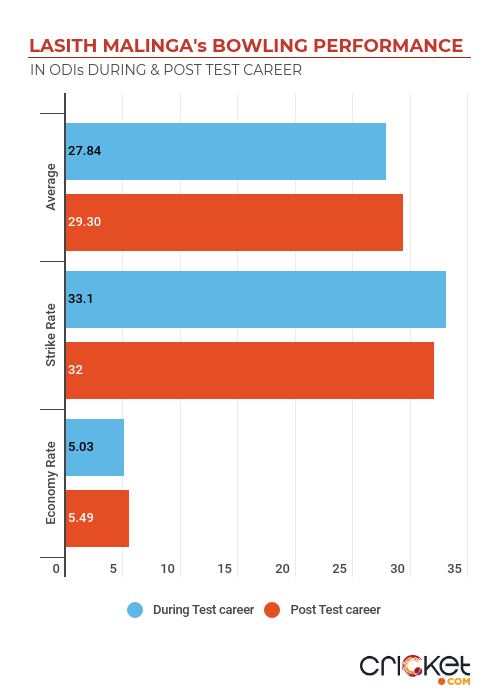 In ODIs, he became more of a strike bowler post his Test career, wherein he conceded more runs per wicket at a slightly higher economy rate, but his strike rate improved. In T20Is, his consistency did not drop a bit, but he became slightly economical. What remains constant in both formats is the fact that his wickets per match ratio shows a slightly upward curve. 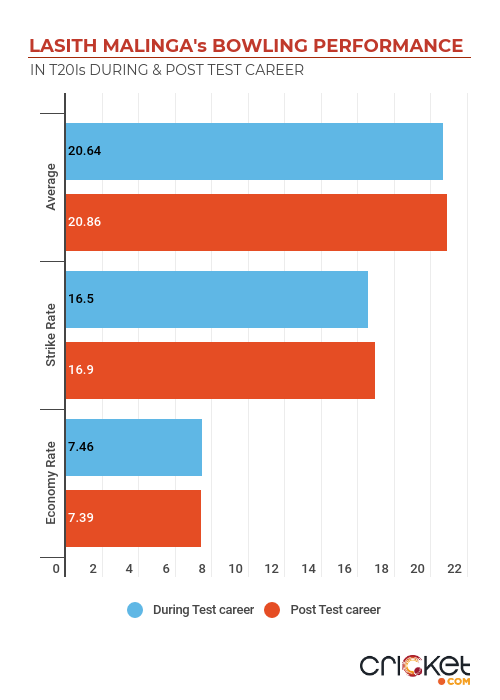 What Sri Lanka potentially lost in Tests, Malinga repaid them with performances in white-ball cricket, including leading them to the World T20 title in 2014. He walked out of the ODI format as the third highest wicket-taker for his country but continues to keep Sri Lanka’s flag flying high in the shortest version – in which he has the most wickets. 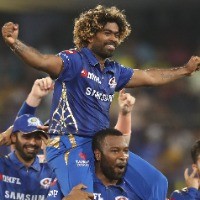