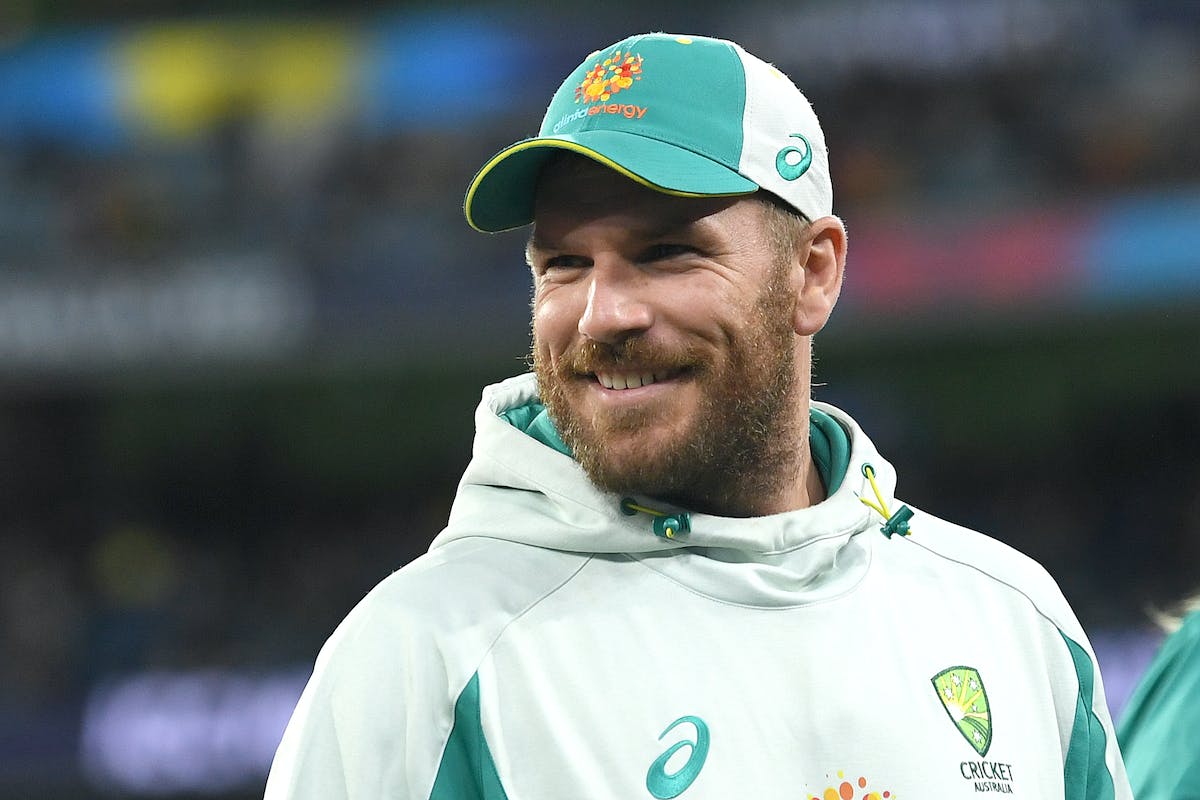 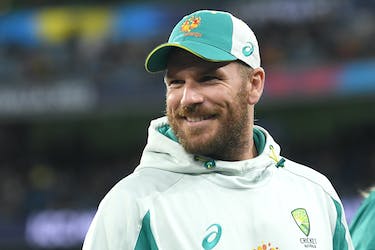 Finch made it clear that he and his side are not currently thinking of NRR, and will only consider it should the opportunity present itself

Australia skipper Aaron Finch believes his side have to ‘earn the right’ to be in a position where they can think about net run rate, and asserted that his team’s primary focus will be to ensure that they win their remaining two matches and get to 7 points.

Following the thumping 89-run loss in the first match against New Zealand, Australia’s net run rate took a heavy beating, and though they repaired some of the damage against Sri Lanka, their NRR still stands at an eye-watering -1.555, the worst among all Group 1 sides. This means that the Aussies are certain to miss out on a semi-final spot should the qualifiers be decided by NRR, and thus there have been talks about the hosts not just eyeing to win their last two games (against Ireland and Afghanistan), but do so handsomely, in order to get the NRR up.

But ahead of the Ireland clash, Finch made it clear that he and his side are not currently thinking of NRR, and will only consider it should the opportunity present itself like it did in the Sri Lanka clash.

“Yeah, I think you have to earn the right to go after a run rate performance. We've seen how damaging Ireland can be if you give them a sniff in a game, so you never go into a game thinking about things like that,” Finch said at the pre-match press conference.

“I think that will naturally unfold if the opportunity presents, but first and foremost you have to do the basics well and make sure you get your team into a position that you can -- if that presents it, you can push forward.

“I think the last thing you want to do is push too hard, leave yourself a lot to do, then you end up in a bit of a stick or twist.

“But all we've got to do is try and focus on winning two games, and hopefully some things fall our way.”

On Monday, Australia take on Ireland, who last week at the MCG, famously got the better of the Kangaroos’ arch-rivals England. Ireland, thanks to their marginally better NRR, in fact have a mathematically better chance (than Australia) of making it to the semis, and Finch described the Irish as a side that ought to not be taken lightly.

“They've got some seriously talented players. They've got a lot of experience, especially at the top of the order, as well, so they're never a team that you can take lightly. If the wicket has got anything in it, they've got very good bowlers to maximise that, as well,” Finch said.

In what has been a low-scoring World Cup, the role of the ‘anchor’ has become vital, particularly due to the challenging nature of the wickets. India (Kohli), England (Malan) and New Zealand (Williamson) all have ‘anchors’ in the middle-order, but that’s not the case with the Aussies, whose numbers #3 to #7 are filled with x-factor batters who take the bowling on from the get go.

Given the way Australia’s batting is structured, Finch said that it’s up to him or David Warner to bat through the innings and perform the role of the anchor.

“Yeah, I think the wicket has probably seamed and swung a little bit more than what we would have expected, so that player (anchor) become a really important one in all sides, I think. Malan does it really well for England. We've had trouble getting him out in the past, in this last series in particular that we played. Yeah, so there is definitely a role.

“We see, look, between myself and Davey, our role is once we get through the powerplay that we can go deep into the innings. Yeah, it's a little bit probably different to what some other teams, how they structure it. They probably have one in the middle order, where ours are probably at the top a little bit more.”

As recently as the three-match T20I series versus England prior to the World Cup, Finch experimented batting at No.4. Could we potentially see him do it during the World Cup? The Aussie skipper did not rule out that possibility.

“Yeah, there's a possibility. There are things we talk about every strategy session as we sit down and go through all possible scenarios and how all 15 players in the squad can fit into the side and different combinations we can go with.

“We'll do that this afternoon, as well. We never rule any combination out, regardless of how the team is functioning,” Finch said.

Nearly every side in the world operates with two specialist spinners, but that’s not the case with the Aussies, who rely on the part-time spin of Glenn Maxwell to perform the second-spinner duties. And it’s a tactic that worked like a charm for them; after all, they won the T20WC last year using that trick.

Finch claimed that, at times, the management do talk about picking both Zampa and Agar in the XI, but the Aussie skipper admitted that realistically it won’t be possible for the Kangaroos to fit both of them into the starting lineup.

“We talk about that. I love having spin options in the side. We're lucky that Maxy is such an experienced T20 bowler, as well, so that gives us the option of a second genuine spinner, as well.

“It's probably harder to fit Ash and Zamps both in the same team in Australian conditions because Maxy is so effective. That's the only reason, and we view Maxy's bowling as very, very good, although I didn't bowl him against New Zealand, which everyone keeps reminding me of.”