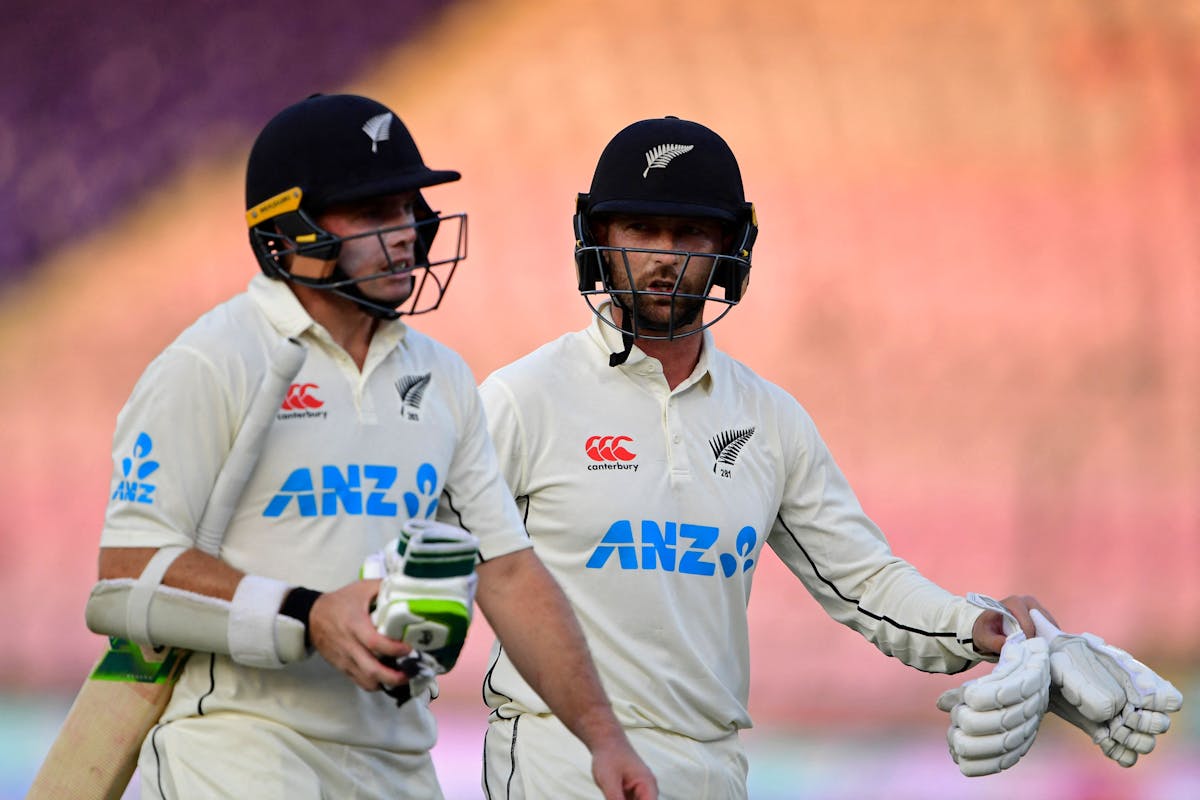 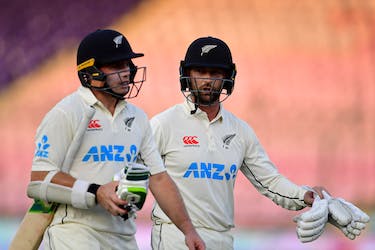 New Zealand openers Devon Conway and Tom Latham blunted Pakistan bowlers to guide their side to a solid 165 without loss at close on the second day of the first Test in Karachi on Tuesday.

Conway became the fastest New Zealand batter to complete 1,000 runs in his 11th Test when he reached 82 at close and was ably supported by Latham who was unbeaten on 78.

The tourists are now 273 runs behind Pakistan's first innings total of 438 which was spiced up by a brilliant maiden hundred from middle-order batter Agha Salman.

Conway was lucky to survive a caught behind dismissal on 57 off spinner Nauman Ali. Pakistan did not challenge umpire Aleem Dar's not out decision but television replays showed the batter had edged the ball. Before Conway, John Reid had reached 1,000 career runs in 12 Tests in 1985.

Conway has so far struck 12 boundaries while Latham has eight hits to the rope. The highlight of Pakistan's batting was 103 by Salman, who anchored the innings after skipper Babar Azam fell in the first over of the day without adding to his overnight score of 161.

Captain Tim Southee forced an edge off Azam's bat to wicketkeeper Tom Blundell to give a kickstart to New Zealand. Azam struck 16 boundaries and a six in his 365-minute knock.

Pacer Neil Wagner had Nauman caught off a short-pitched delivery before Wasim was caught behind off spinner Ish Sodhi. Salman then cut loose, hitting two successive boundaries off Sodhi to complete three figures. His previous best of 62 was against Sri Lanka at Galle in July.

Southee, who finished with 3-69, finally ended the innings by trapping Salman leg before, completing 350 wickets in his 89th Test.