Learnt how to stay calm from observing McGrath: Prasidh 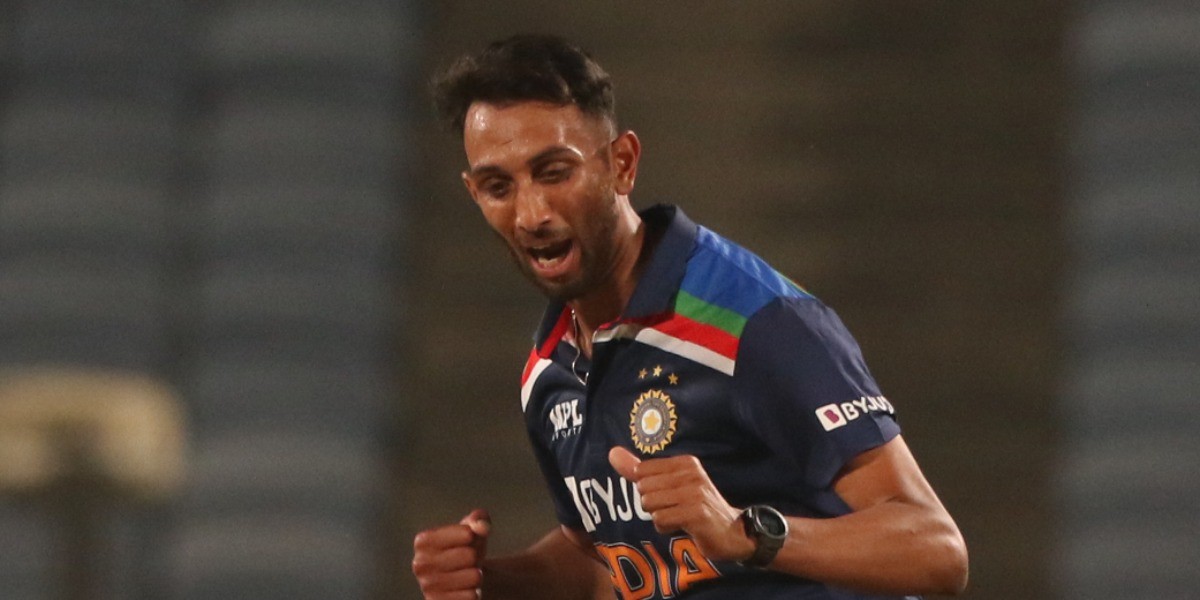 Learnt how to stay calm from observing McGrath: Prasidh

The Karnataka pacer made a record-breaking start to his international career, picking four wickets on ODI debut

Glenn McGrath influenced him greatly during his stint at the MRF Pace Foundation and India's latest fast bowler Prasidh Krishna on Thursday said the first thing he learned from the Australian great was to remain calm and composed. The Karnataka pacer made a record-breaking start to his international career, picking four wickets on ODI debut, as India defeated England by 66 runs to go one up in the three-match series.

"The first and foremost thing that I observed was he (Glenn McGrath) was a really calm person and he was never excited or overawed by the situation. He was very composed," Prasidh told Kolkata Knight Riders website on the eve of the second one-dayer.

Prasidh represents the franchise in the IPL. "So, I think that's the first thing I picked from him, because that's the most important aspect for you as a bowler when you are you're playing a game. The most important thing is to remain in the present and stay calm.

"And apart from that, he always spoke about being consistent. So that's the biggest part of it."

He got a chance to hone his skills from the Australian legend after being picked for the MRF Pace Academy in Chennai in 2017. Later, Prasidh also went to Cricket Australia's Centre of Excellence in Brisbane in 2019 as part of an MoU. "I was playing one of the university games and I got a call saying, you've been picked. So, I was excited to go, there.

"I had a kind of a challenge then when we started bowling as well. We knew we were the best in the country, like the 15-20 of us. So there came a challenge between us and there was no better place for you to learn," he remembered.

Prasidh was picked for the Indian team after an eventful Vijay Hazare Trophy where he picked 14 wickets. His love for speed was acquired from MotoGP sensation Valentino Rossi. "I had followed him a lot. Maybe that's where the speed factor came in because I was, you know, seeing him go so fast. It's so much of speed. So that's where my liking for speed came into existence," he said.

Then it was his school coach, Srinivas Murthy, who asked him to focus on pace bowling because of his tall frame. "I was tall and I was getting the ball to move back. So, he's the one who first corrected my running technique, the angle of my running, my loading and all of that. By doing all this, I also realised I was getting quicker and better. I was getting sharper with things," he said.

High on his ODI debut, Prasidh said he has no expectations from the upcoming IPL. "Will be focusing on just being there in the present, living in the present, to be calm under pressure and take it one game at a time," he concluded.