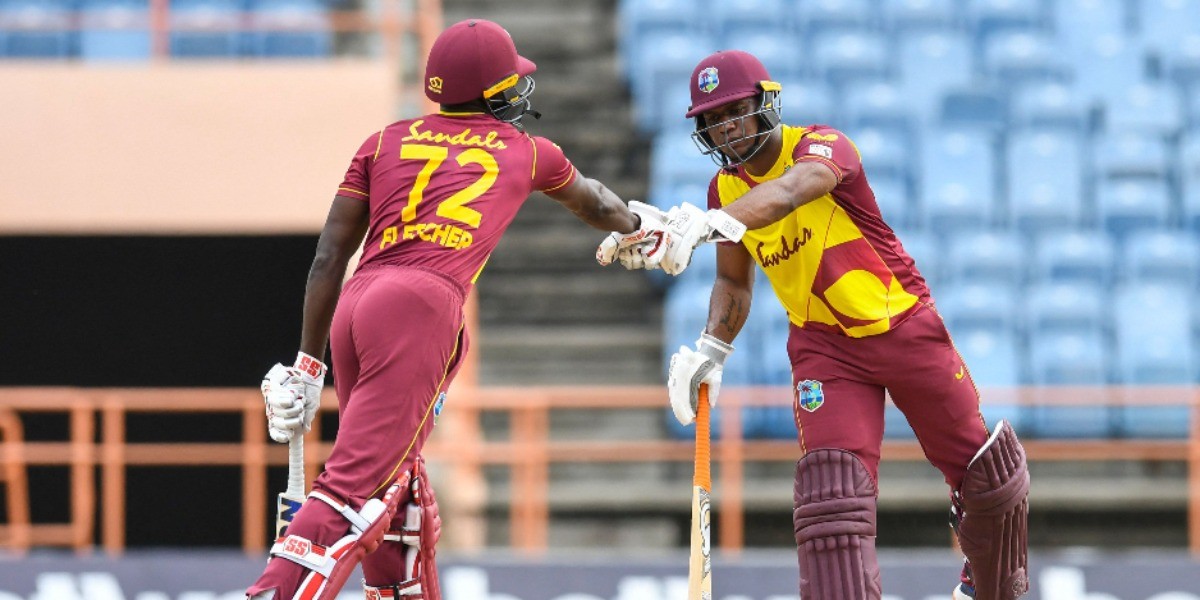 South Africa dismantled West Indies in the Test series but were no match to Kieron Pollard's men in the first T20I in St George's, Grenada on Saturday (June 26). Evin Lewis led a rampaging assault by the hosts as they made a mockery of a potentially tricky target of 161 in an eight-wicket victory with five overs to spare in the opening fixture of the five-match series.

In a performance which emphasised the vast difference between international cricket's shortest format and the traditional game, Lewis tore into the same bowlers who dominated the Caribbean side in the just-concluded two-Test series in St Lucia. He blazed 71 off just 35 deliveries with seven sixes and four fours decorating a pyrotechnic innings.

He and opening partner Andre Fletcher set about the South African bowlers with such gusto that they raced to 85 before the end of the seventh over when Fletcher was run out at the non-striker's end for 30 off 19 balls.

Lewis looked on course for a hundred before he miscued another attempted big hit and was caught at long-off by David Miller off wrist-spinner Tabraiz Shamsi. It left two other celebrated power-hitters, Chris Gayle and Andre Russell to finish the job, with the latter appropriately finishing the match with a six over midwicket.

In all the West Indies tallied 15 sixes and nine fours (126 runs) in their innings.

"I always like batting on this pitch because the ball comes on nicely and you can play your shots," said Lewis in reflecting on his spectacular knock.  "I was thinking a bit about the hundred but I decided to keep playing my shots because the most important thing for us was to get on that winning track."

Rassie van der Dussen picked up from where he left off in the Test series with an unbeaten half-century to lift South Africa to what looked at the time to be a competitive total of 160 for six batting first. Fresh from a vital innings of 75 which set up the Proteas to complete a clean sweep of the Test series, the tall right-hander steadied his team's innings.

He then provided the late impetus in getting to an unbeaten 56 off 38 balls with four fours and two sixes after they were put in to bat. Quinton de Kock, the man of the series in the Test matches, got his team off to a flying start before his demise for 37 to the bowling of Russell left the innings sputtering in the middle overs.

However, van der Dussen's experience proved invaluable with wickets falling around him as he was able to manufacture important boundary hits against an experienced and varied West Indies bowling attack.

Left-arm spinner Fabian Allen finished with the best figures of 2 for 18 while senior player Dwayne Bravo also picked up two wickets, including Miller who was appearing in his 82nd T20 International, the most by a South African.

The second match of the series takes place at the same venue on Sunday.