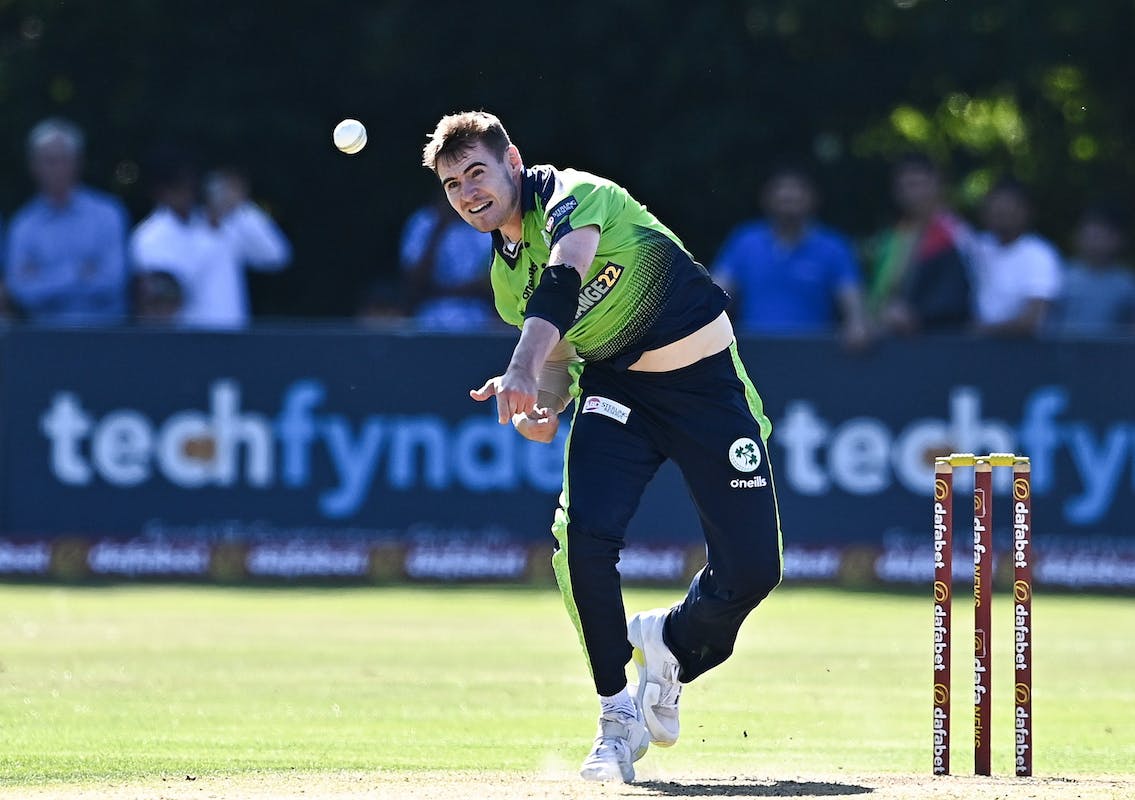 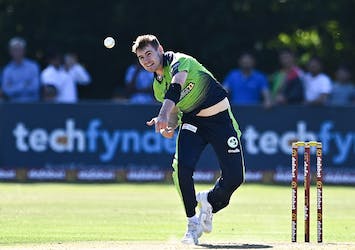 A disciplined bowling performance followed by an captain's knock by Andy Balbirnie set up Ireland's five-wicket win over Afghanistan in the second T20I at Belfast on Thursday. The win helped the hosts take a 2-0 lead in the five-match series.

After restricting the visitors to 122/8 after 20 overs, with four bowlers taking two wickets apiece, Ireland tumbled in their chase. But George Dockrell's unbeaten 25 off 19 balls helped them over the line with six balls left.

Afghanistan chose to bat after winning the toss, as they were rocked Mark Adair's dismissal of  Rahmanullah Gurbaz in the second over. Josh Little then bowled Usman Ghani in the next over to leave Afghanistan 20/2.

Ibrahim Zadran (17 off 13 balls) was off to a brisk start, but Curtis Campher struck with the final ball of the sixth over Andrew McBrine took a superb catch at deep midwicket.

Campher then sent back Najibullah Zadran, while Gareth Delany dismissed captain Mohammad Nabi as Hashmatullah Shahidi (36 off 42 balls) and Azmatullah Omarzai (11 off 13 balls) added 30 for the sixth wicket.

Afghanistan failed to find much firepower at the end of their innings – just 26 runs came off the last five overs as Little (2-18 off four overs), Adair (2-12 off three) and Delany (2-19 off four) put the finishing touches.

Chasing a modest total, Paul Stirling departed for four runs in the third over in Naveen-ul-Haq's bowling. But Andrew Balbirnie, continued from half century in the first T20I with 46 off 36 balls before being dismissed by Mujeeb Ur Rahman.

Nabi struck twice in the 14th over to remove Harry Tector (5) and Lorcan Tucker (27) to leave Ireland at 86/5. However, Dockrell kept his cool and finished off the match with a six off Fazalhaq Farooqi in the 19th over.