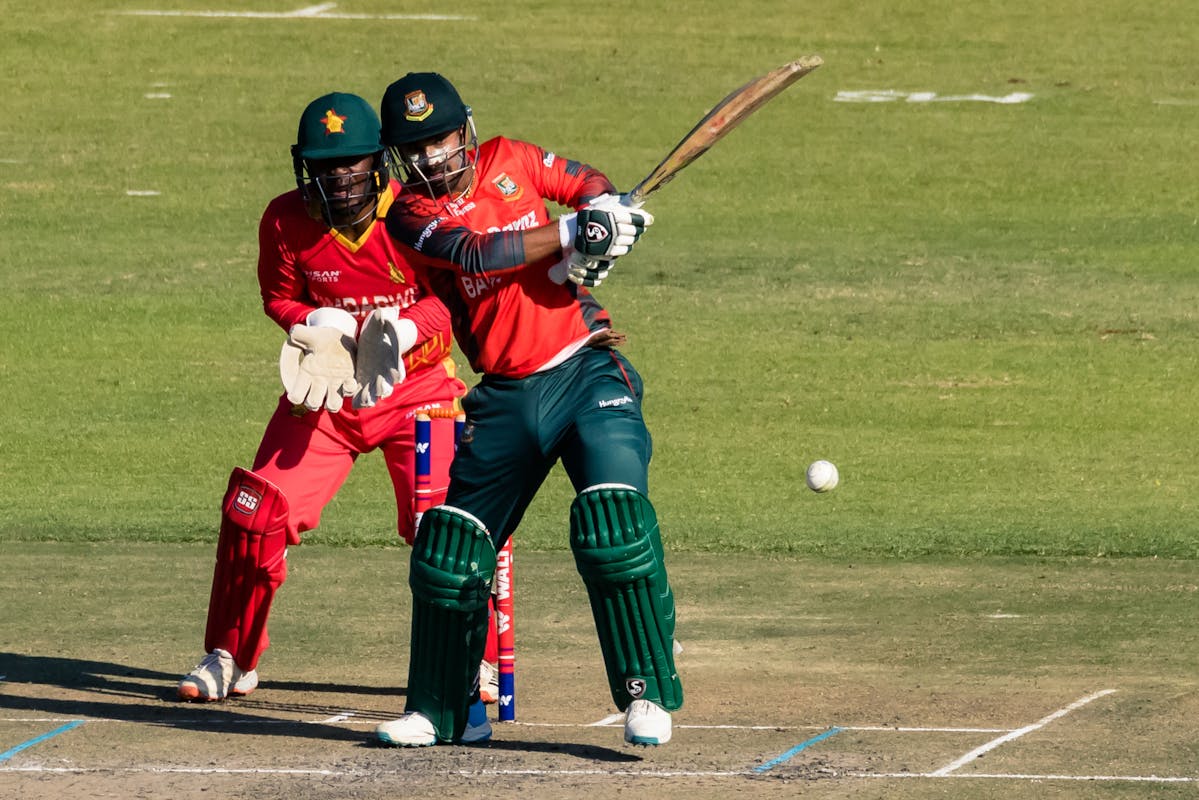 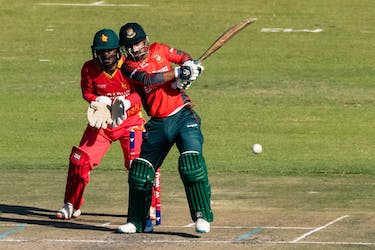 Sikandar Raza stood tall for Zimbabwe with a 53-ball 62

Spin-bowling all-rounder Mosaddek took five wickets for the first time in his T20 international career as the tourists restricted Zimbabwe to 135-8 at Harare Sports Club. Faced with the modest target, Bangladesh were always ahead on run rate thanks to an impressive start propelled by opener Liton, whose 56 off 33 balls included two sixes and six fours.

Bangladesh are cruising along to series-levelling win 🙌

The tourists cruised to 136-3 with 15 balls remaining and success was particularly joyful as it was only the second T20 triumph in their last 15 internationals. Defeat ended a six-match winning streak by Zimbabwe in the shortest format since former star batsman Dave Houghton returned in June for a second stint as national coach.

The series will be decided on Tuesday before the teams change formats and play three one-day internationals.

"I feel fantastic. When I am bowling I always think of bowling dot balls so I followed the plan strictly. We decided to start with spin so when I bowled I started with the right areas," said Mosaddek.

"We were looking to restrict Zimbabwe to 150 or 160 runs. When you lose five wickets in the powerplay, it will be difficult to score more than 150.

"Bangladesh have the hunger to win the last match, we are confident now. Hopefully it will be a good match for us."

Mosaddek, who had never taken more than two wickets for his country in a T20 match, wreaked havoc with his victims including openers Regis Chakabva and captain Craig Ervine. Zimbabwe, who will join Bangladesh at the T20 World Cup in Australia during October, were reeling at 31-5 by the time Mosaddek completed his off-break onslaught.

A sensational spell from Mosaddek Hossain ✨

Sikandar Raza and Ryan Burl then stopped the rot for the hosts, adding 80 runs for the sixth wicket as none of five other Bangladesh bowlers could emulate Mosaddek. Raza scored 62 off 53 deliveries, including two sixes and four fours, before being caught in the covers by Munim Shahriar.

Apart from Raza, Burl and Luke Jongwe were the only Zimbabwe batsmen to reach double figures. Liton claimed his sixth T20 international half-century before trying to sweep former Zimbabwe captain Sean Williams, missing and being trapped leg before off the final ball of the ninth over.

Unperturbed, the visitors soon required less than a run a ball to succeed and an unbeaten 55-run fourth wicket stand between Afif Hossain and Najmul Hossain ensured a convincing victory.