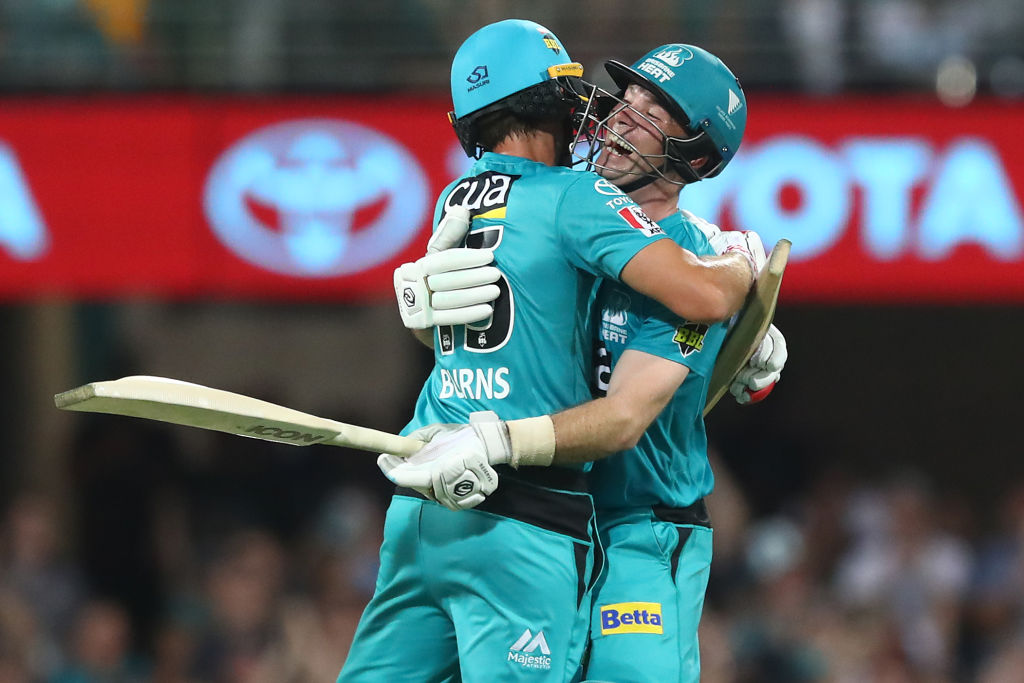 Jimmy Peirson did not hit a single boundary in the first 41 deliveries he faced. While that might not always be ideal in T20 cricket, it was probably the need of the hour on this occasion. Chasing 131 for victory, Brisbane Heat had lost early wickets, but the required run-rate was never bothersome so this was exactly the type of knock that was needed.

Peirson did have his moment of fortune as he was dropped when batting on seven. And he made Adelaide Strikers pay with a Player of the Match performance which saw him score an unbeaten 47 from 44 deliveries, with the Heat securing the win with six wickets in hand and seven deliveries to spare at The Gabba in the Big Bash League (BBL) Eliminator.

STRIKERS FAIL TO BUILD MOMENTUM WITH THE BAT

Earlier, after the Strikers had opted to bat, there was movement on offer for the Heat's new-ball bowlers, but they weren’t able to get an early breakthrough. Although the Strikers did not lose a wicket early on, they struggled to score quickly. Their struggles were underlined by the fact that they did not hit a single boundary for 35 deliveries from the second to the eighth over.

While Jake Weatherald got off to a decent start, Alex Carey found the going difficult. He did not hit a single boundary in his first 20 balls. Then, when he attempted to go for broke, he managed to hit a four at last but was dismissed for a 22-ball 13 immediately after. It was Mitchell Swepson who got the wicket in his second over. 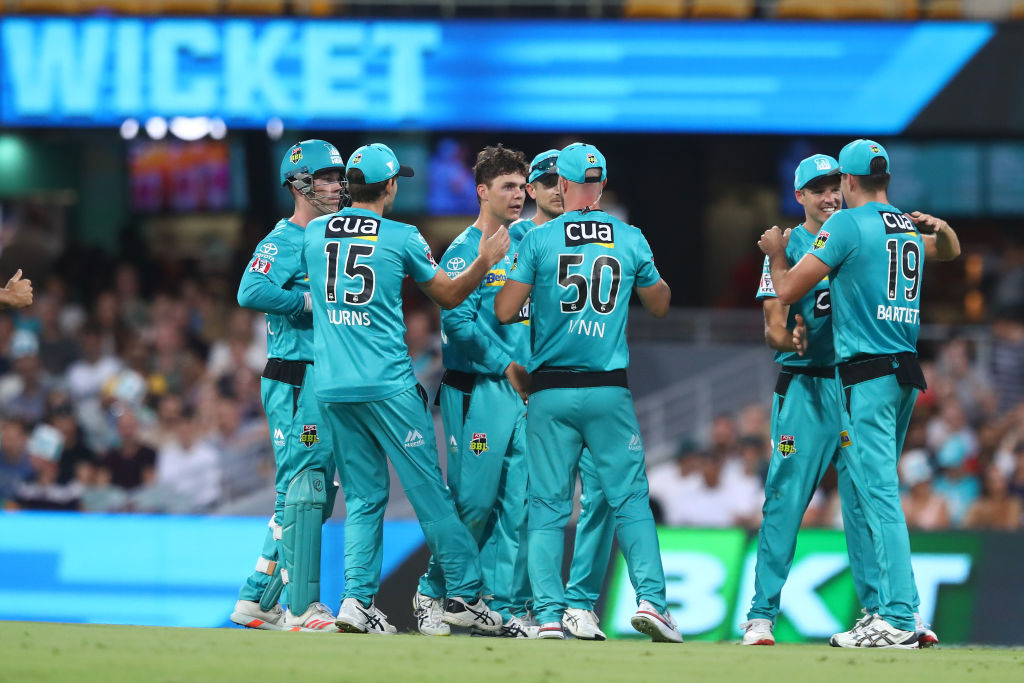 At the halfway stage of the innings, the Strikers' run-rate was just 5.3 and, in an effort to get the scoring rate up, they took the Power Surge as soon as it was available at the start of the 11th over. The plan didn't work though, as after some terrible misjudgement, Weatherald was run-out for 32. In fact, just a delivery earlier, Travis Head was lucky to have not been dismissed in similar fashion.

In the two overs when the fielding restrictions were in place, the Strikers managed 16 runs and weren’t able to get a move on in the middle overs. The Heat's bowlers deserve credit for some fine bowling throughout the innings.

The hosts were further rewarded for their efforts with Marnus Labuschagne getting the big wicket of Head. Labuschagne's bowling has been somewhat of a surprise – a pleasant one if you're a Heat fan – this season. The 26-year-old, who is primarily a batsman, accounted for three wickets from as many overs in this game. He now has nine wickets to his name from four games in BBL 10.

Swepson and Labuschagne, the two spinners, ended up with five wickets between them.

Interestingly, both teams made use of an X-Factor substitution. Morne Morkel, who came in as a replacement for Xavier Bartlett, did well and got the wicket of Danny Briggs late in the innings. On the other hand, the Strikers' X-Factor Jonathan Wells scored an unbeaten 20 from 14 balls which guided his side to 130/7, but it was fairly obvious that it was a below-par total. The BBL 07 champions, though, did give themselves a chance with an excellent start with the ball. 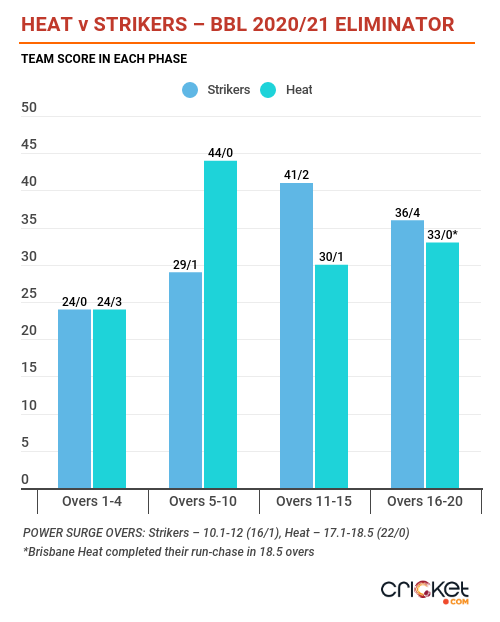 HEAT WIN AFTER SOME EARLY HICCUPS

When you're defending just 130, wickets are the need of the hour and the Strikers got huge breakthroughs early on. Chris Lynn and Labuschagne, two batsmen who have been very consistent, were dismissed without making much of a contribution. Michael Neser bowled a superb delivery to get the wicket of Lynn in the first over before Labuschagne was sent back to the pavilion by Wes Agar, just three deliveries after he had escaped a run-out chance.

The Strikers weren't done in the Powerplay as Peter Siddle bowled a superb yorker which struck Sam Heazlett on his pads. It was plumb and the umpire had little hesitation in raising the finger.

When they lost those three early wickets, there would have been some nervous players and staff in the Heat camp. But that tension eased, thanks to a superb 69-run partnership between Joe Denly and Peirson for the fourth wicket. While there was the odd mistake from the duo, they dug in and ensured that their team was in the driver’s seat once again.

But just as the Heat seemed to be cruising to victory, they were handed a setback. Denly was caught at long-off while attempting a big shot against Briggs. Things could have actually gotten worse for the side from Brisbane as Briggs found the outside edge of Joe Burns' bat off the very next delivery, but Weatherald at slip wasn't able to take the catch.

There was another missed opportunity for the Strikers when Briggs dropped Burns in the penultimate over of the game. Soon after, Peirson ensured that there’d be no more hiccups for the Heat as they booked a place in the Knockout contest against Sydney Thunder. 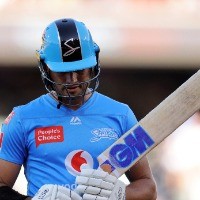 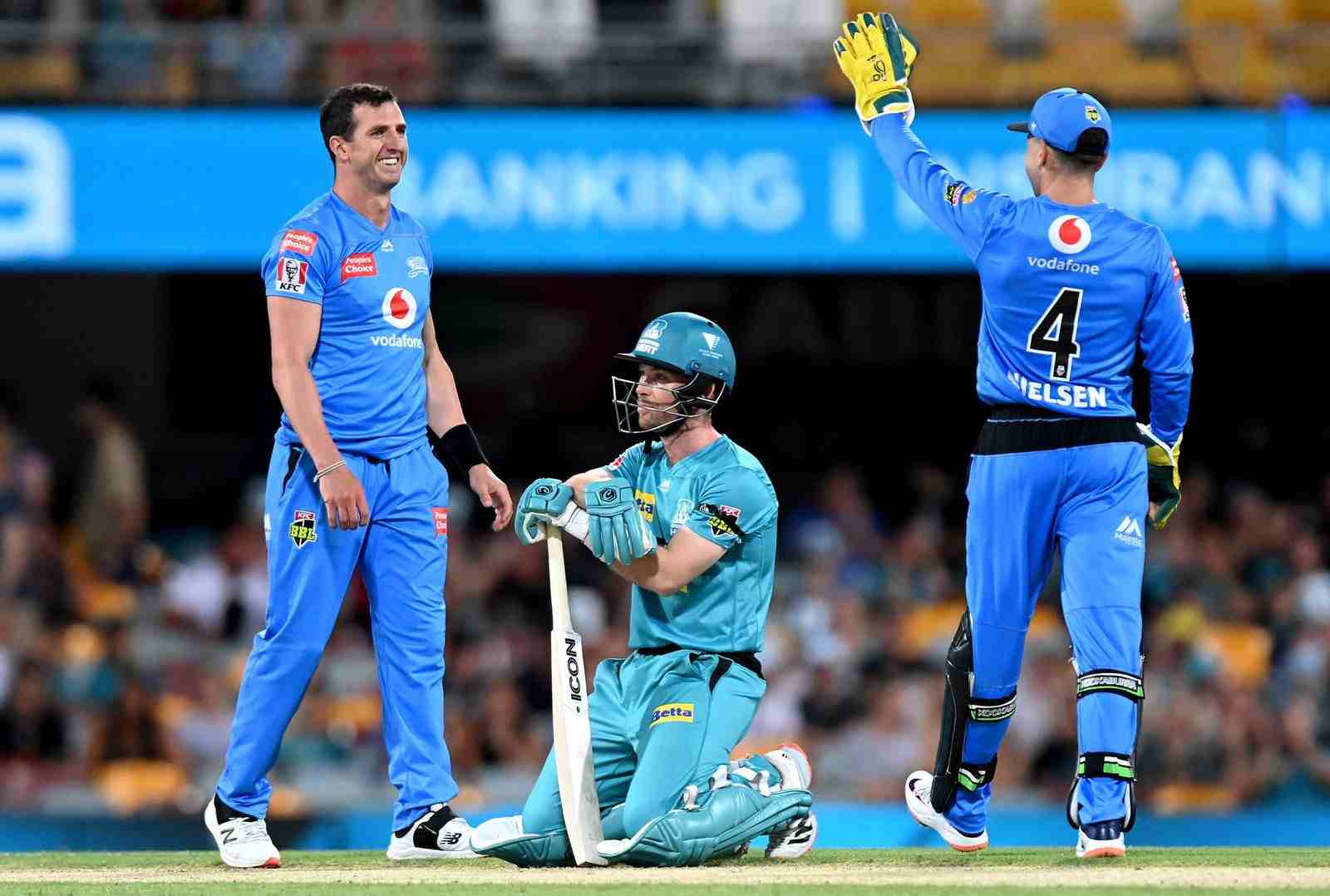