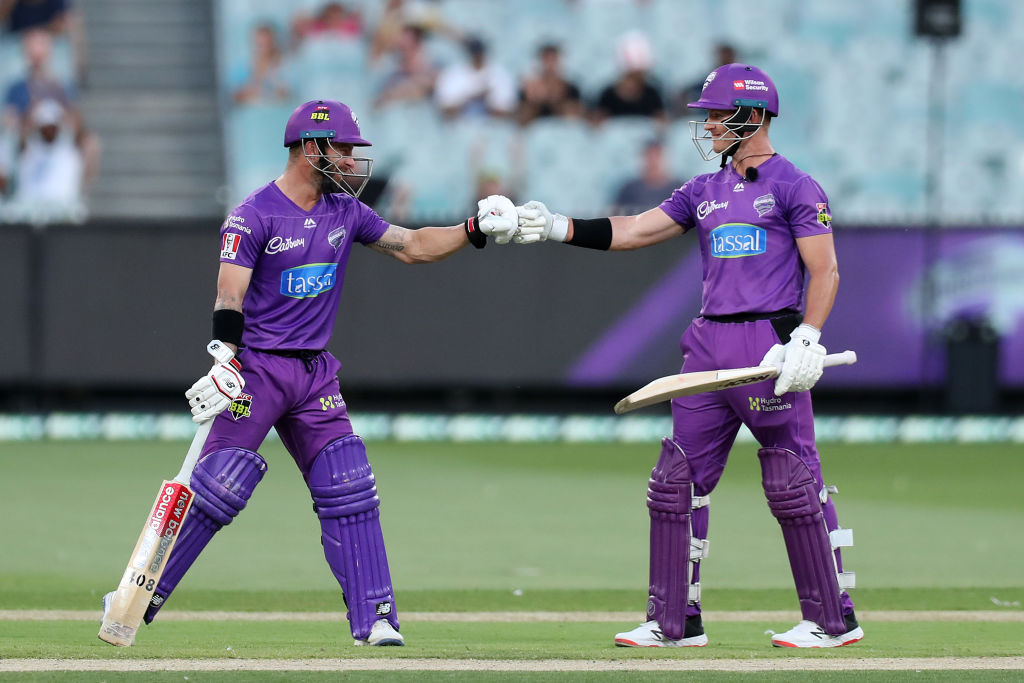 Hobart Hurricanes are back in the top five after a seven-run win against Sydney Sixers at the Melbourne Cricket Ground.

In the history of the Big Bash League (BBL), no partnership has recorded more runs together than Matthew Wade and D’Arcy Short – 1290 runs at an average of 56.1 and strike rate of 148.1. They’ve been so good together that Australia opened with them in a T20 International against India last month.

On Sunday (24 January 2021), the duo were at their brilliant best. In the recent Test series between Australia and India, there was some criticism of Wade that he was trying to manufacture shots which led to the fall of his wicket. In T20 cricket, though, that isn’t a problem and Wade has adapted superbly to the format despite playing red-ball cricket less than a week ago.

On the other hand, Short was having a subpar season by his standards. He was coming into some form though, with two 40+ scores in his previous three innings before this match. Those two knocks would have given him confidence and it showed in this game.

Wade and Short began cautiously, scoring just four runs off the first 11 deliveries they faced before the latter took the aerial route and hit the final ball of the second over for a boundary. Wade then hit three successive fours against Carlos Brathwaite in the following over and it was all one-way traffic for a while after that.

By putting on 145 together, Wade and Short recorded the highest partnership of the season. For a while, it looked like Wade would reach his century as he managed 80+ runs by the 14th over. Sean Abbott then got the much-needed breakthrough for the Sixers in the following over, dismissing the Hurricanes skipper for 86.

There was a huge momentum shift after Wade’s dismissal, with the Hobart-based side managing just 43 runs from the final 34 deliveries of their innings while losing eight wickets in that period. While Short was dismissed for a well-made 72, the third-highest individual score in the innings was just 11 by Dawid Malan. No other Hurricanes batsman managed to reach double figures.

Sean Abbott, Ben Dwarshuis and Jake Ball all accounted for a couple of wickets, with Dwarshuis bowling a fine final over in which only three runs were conceded.

While the Hurricanes would have been disappointed with the finish to their innings, a total of 188/8 was always going to be a formidable one. 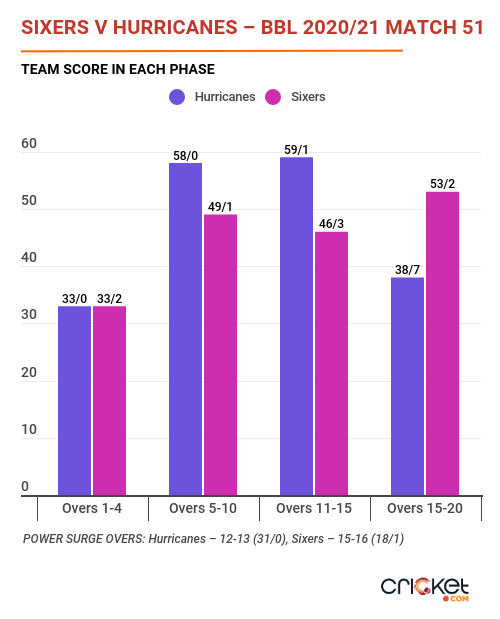 In reply, Jordan Silk played a sensational knock to give the Sixers hope, but there wasn’t much support from the other end which resulted in the Sixers falling short of the target. The only real assistance he got was from captain Moises Henriques, who scored 43 from 25 deliveries, but it must be said that he rode his luck quite a bit.

Dropped catches, at times, tend to be very expensive and in this game, Short dropped Henriques twice, once when he was on three and once on 32. The second one was especially a pretty straightforward chance.

After three wickets had fallen for just 37 runs, a fourth-wicket partnership of 70 gave the Sixers reason for optimism, but Sandeep Lamichhane dismissed Henriques and Dan Christian off consecutive deliveries. The Hurricanes were well in control for most of the game from there, despite Silk giving them a scare or two.

Silk, who has the reputation of being a conservative batsman, has adopted a more aggressive approach this season and it seems to be working for him. In this innings, he made his best BBL score – 78 from 49 balls – to keep the Sixers in the game right until the end. In fact, when Riley Meredith bowled two full-toss no-balls in the final over, the second of which Silk hit for a maximum, the Sixers were still in with a chance, needing 15 off the final four deliveries. Then, Short made amends for his earlier drops, completing a catch under pressure at deep mid-wicket to dismiss Silk.

Nathan Ellis was once again among the wickets, accounting for three dismissals while Scott Boland probably deserved more than the couple of wickets that he got.

With one match left to play for all teams, the Sixers are second with 32 points on the board, four ahead of third-placed Adelaide Strikers with a slightly superior net run-rate. Meanwhile, the Hurricanes will be buoyed by this victory and can guarantee themselves a playoff spot if they defeat Melbourne Renegades in their final league match. 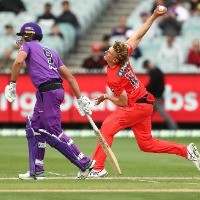