Lively last session sets up the Test for final day 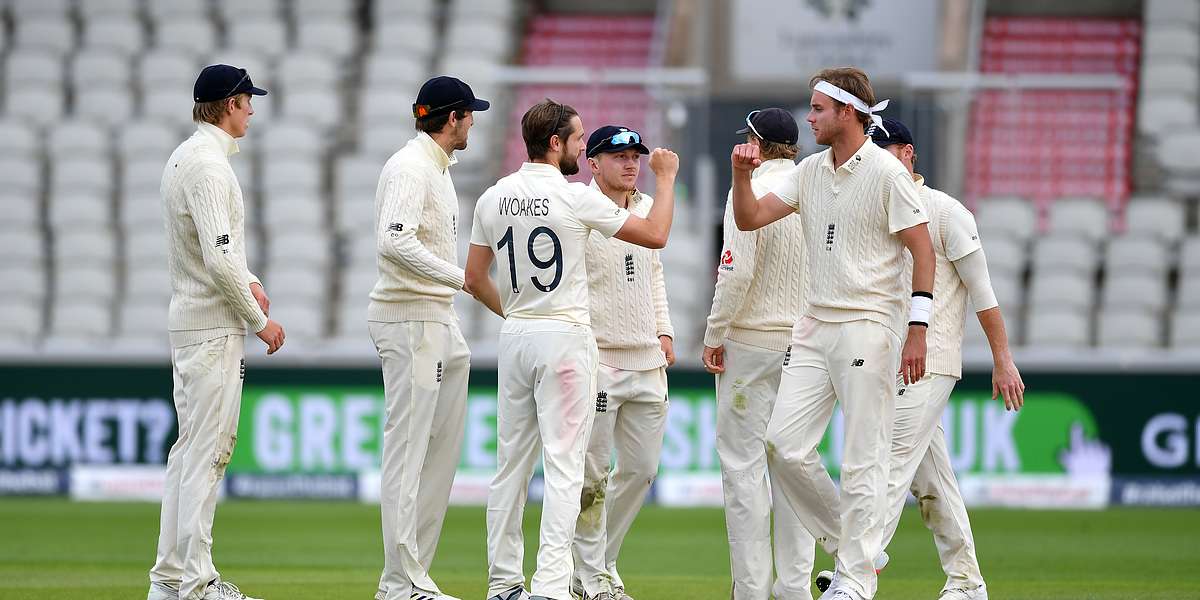 Lively last session sets up the Test for final day

West Indies don't possess world renowned batsmen in their Test batting line-up. But in Southampton, everyone chipped in to contribute enough to get the job done. The story was similar on Day 4 of the second Test in Manchester.

With Day 3 called-off due to rain, West Indies had to prevent 19 wickets in two days. The first part of the job was to save the follow-on. For long, it felt West Indies will get there easily. A solid start to the first session, Kraigg Brathwaite's resilience and Shamarh Brooks' effortless strokeplay brought the visitors in touching distance to their first target at tea.

England, without any purchase from the track were pinning their hopes on the second new ball. At tea, they were just four overs away.

The wait was worth it. England came roaring back into the contest threatening to keep West Indies under 270 - the cardinal number representing the follow-on mark. Stuart Broad attacked the stumps dismissing Brooks, Jermaine Blackwood and Shane Dowrich (the later two bagged a duck each) in space of 13 deliveries. The scorecard read 252 for seven.

Surprisingly, Broad was not fresh to take the new ball. It was the third over of his spell when England could ask for the new ball. Consequently, his time with the new nut was restricted to four overs. Chris Woakes, the man replacing him, did not disappoint. He got the opposition skipper, Jason Holder off the second ball of his spell.

Still 10 runs away with two wickets in hand, it poised for the most interesting phase of this series as yet, making every ball an event; especially with the specialist batsman, Roston Chase, trusting Kemar Roach's defence. Roach did a fine job. Chase soaked up the pressure circumventing the follow-on hurdle with two boundaries off Sam Curran.

It was another critical effort from Chase who had forged crucial batting contributions in Southampton as well. West Indies eventually folded for 287 conceding a lead of 182 runs. The surrender against the new ball saw them lose six wickets for 52 runs. However, the highlighted bottomline was that they saved the follow-on.

It was a reward for all the hard work done throughout the day. Brathwaite's buoyant effort based on facing a majority of balls on the back foot kept the England pacers at bay once again. It can also be argued that they did not hit the right length. Till lunch, Brathwaite faced 35 off the 54 deliveries against pace hanging on his back leg. The England pacers didn't bother to challenge the gritty opener out of his comfort zone as they did in the second innings of the Southampton Test.

Brathwaite found the perfect foil in Brooks. Having given a glimpse of his elegance in the Southampton Test, Brooks carried another fluent display of batsmanship. Scoring 68, he batted with a false-shot percentage of only 8.7 - the lowest for a Caribbean batsman in this innings. In a Test match where run scoring has proven to be difficult till his arrival, he announced himself with a couple of caressing flicks and pleasant cover-drives providing a much-needed impetus.

He added 76 for the fourth wicket with Brathwaite off 135 balls. With him, even Brathwaite upped his strike-rate contributing 29 off 48 in the stand.

To hinder their progress, Ben Stokes went around the wicket to pepper the duo with short balls. In a laborious 11-over spell of hitting the deck, Stokes was rewarded in the penultimate over. Brathwaite fell to a soft dismissal handing a return catch in a failed attempt to flick the ball. Brooks, however, remained unfazed remaining unbeaten at tea.

Before Brooks and Brathwaite, it was Alzarri Joseph who frustrated the Englishmen. Not only did Joseph bat out the remaining overs on Day 2 but also saw off the early minutes on Day 4. Under conditions which lent minimal help to England pacers, especially with swing bowlers like Chris Woakes and Sam Curran in operation, his presence protected the specialist batsmen from a possible vulnerable batting phase of the day. He faced 34 out of the 62 balls in his extended stay with Brathwaite today. England fielders though can take the blame for Joseph's stay at the crease blessing him with a charmed life. He was dropped by Stokes at second slip when Zak Crawley dived in between causing distraction. Later, Dom Sibley failed to cash in on an easy opportunity to run him out.

Moreover, Joseph's 32 off 52 balls overall brought West Indies set the right tone for West Indies. Eventually, he added 54 off 88 balls with Brathwaite - the quickest 50-plus stand in the match. Brooks-Brathwaite come second on the list. The two stands played a big part as the visitors were just 35 away from the follow-on when the second new ball arrived.

A spirited performance with the second ball has kept England in the contest to regain the Wisden Trophy. However, the tables have turned. In the morning session, England were looking for quick wickets. Now, they are in need of quick runs. Responding to the situation, England opened their second innings with Jos Buttler and Ben Stokes. It was Buttler's second time at the opening slot and Stokes' first taste of the role in international and first-class cricket.

Roach didn't let the experiment last long hitting Buttler's leg-stump. Soon, he enjoyed uprooting the middle-stump of Crawley after luck has deserted him all tour. The double blow meant little for England as they are not looking to use all their batting resources in any case. They ended the day at 37 for two and 219 runs ahead with Stokes and Joe Root at the crease.

At what time they declare tomorrow will be fascinating to see. England generally play their cards safe but with the series on line, will they open the window for the old cliche, 'all three results possible'? It remains to be seen. 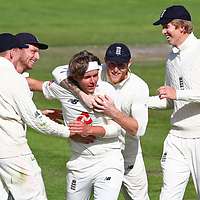 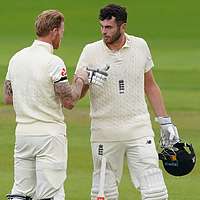 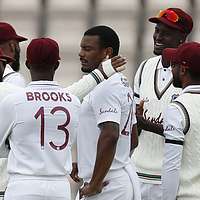 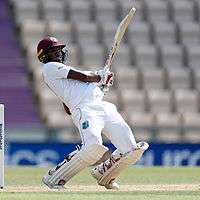 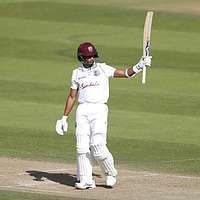 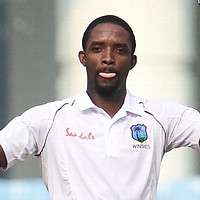