Babar Azam stands out on a start-stop day 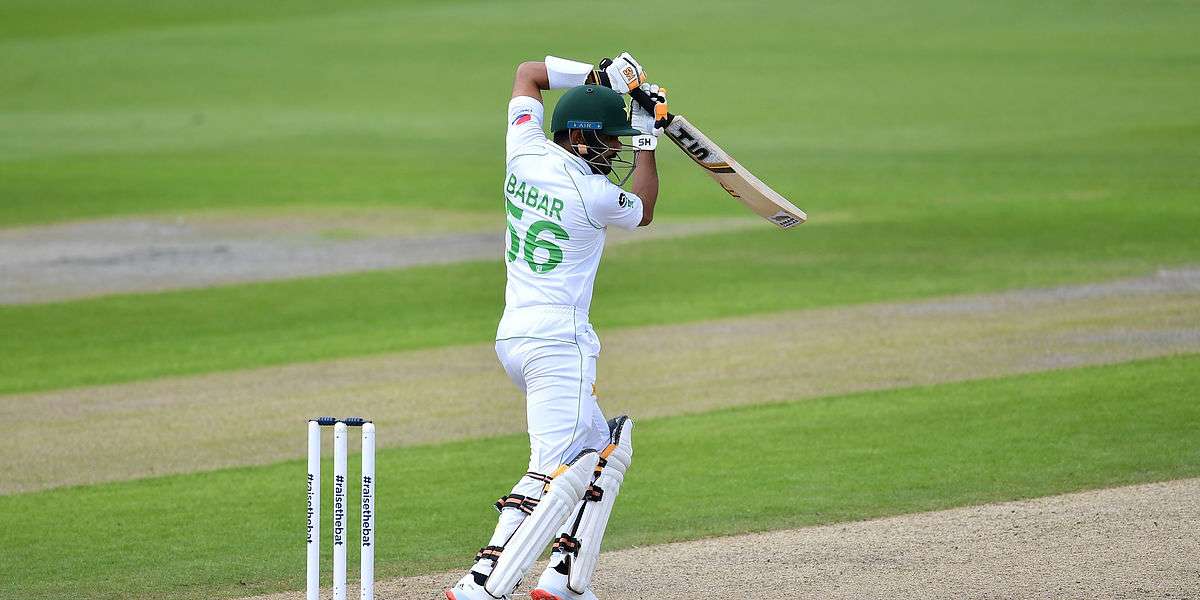 Babar Azam stands out on a start-stop day

There were only 24 overs in the curtailed last two sessions. Post lunch, the players waited for a longer time for the game to resume than actually playing.

For the evening session, the game resumed three hours after an early tea break. All this hassle was for only 7.5 overs, seven of which were bowled by the spinners.

Jofra Archer resumed his short-ball tactic to complete the unfinished over before the rain interval. Under a dull natural light, his lengths, directed at Babar Azam’s head, impressed neither the batsmen nor the umpires. Asked to continue with spinners, Joe Root opted to bowl himself along with Dom Bess.

Having dominated the pacers in the afternoon, Babar was not to step back to the spinners. He added a sweep and a loft down the ground to his array of boundary shots in this innings.

49 overs in the day’s play were enough to keep a cricket-lover look forward to the contest ahead in this series.

A little over an hour’s play was possible in the afternoon session before first bad light and then rain intervened. In the context of the match and the series, the passage was an eye-opener for England.

Babar Azam had a cautious first session. In the second one, he highlighted, in no uncertain terms, why the cricket fraternity considers him the next big thing. Scoring 48 runs in 44 balls in the session provides only a summary. But, the attractiveness and the range of his shots paint a comprehensive picture. One that looks daunting for England already.

In eleven of the 16.1 over bowled, he and Shan Masood hit atleast one boundary. Eight of these came from the proverbial thick bat of Babar.

He flicked and glanced the balls on the legs from James Anderson with finesse. He hit low full tosses by Jofra Archer and Stuart Broad down the ground with ease. He hit Dom Bess to the cover boundary for fun. He even danced down the ground to club one to the mid-wicket fence as if to ask Joe Root to throw in a better challenge. The best of the lot was an authoritative punch through the covers off an Anderson delivery that did not deserve that treatment.

Chris Woakes was the best English bowler in the first session after Anderson. A left-hander at the crease might have pushed Root to bowl Bess ahead of Woakes in the second session. The move had two different results. Annihilation at the hands of Babar and tentativeness from Shan Masood. If only Jos Buttler was able to collect the faint tickle off Masood, the session would have been less frustrating for England and Root.

The rain break offers respite from the commotion for the home side as they need to re-group to stop Babar. A neutral would hope that the feast for the eyes continues.

One wicket too many for Pakistan and one wicket too less for England. It is difficult to choose who the first session belonged to. However, there is little doubt about who won the first hour.

James Anderson and Stuart Broad have 895 Test wickets as a bowling pair. It was a mini victory for the Pakistan openers as they survived their first spell. This was not because Anderson and Broad were not at their best. There was a false shot off 18 out of Anderson’s 30 deliveries in the session. Of the 20 balls that Shan Masood faced off him, he played and missed three and edged another three, one of which went past the third slip and gully. A reinvigorated Broad was back to attacking the stumps and gave away only 10 runs in his first six overs.

The key difference from the series against West Indies was the approach of Pakistan’s batsmen. Both Masood and his partner, Abid Ali, have two Test centuries this year. That now seems a lifetime ago and came in conditions alien to the one they were up against now. Still, their approach of playing forward with a straight bat thwarted England’s new-ball plan.

As is usually the case with teams against this England side, all seemed well till it was Jofra Archer’s turn. He pushed Ali back by bowling back to back bouncers on the last two balls of his first over. The first ball of his next was a full one that nipped in to a lunging Ali. Missing his bat by a fair distance, the ball hit his pads and rattled the stumps.

With 14,135 balls, Azhar Ali has faced more balls than any other batsmen barring Alastair Cook since his debut. But, he could only last six balls against Chris Woakes who is making himself un-droppable in this English bowling unit. Not only did the Pakistan captain fall over an in-swinger that was on its way to his stumps, but he also wasted a review in hope for an inside edge that was not to be.

After getting squared-up on the first ball that he faced, Babar Azam had a tentative start. Getting off the mark on the 15th ball, he ensured no further inroads for England till lunch. Until he is at the crease, England will not feel ahead even after two wickets in the second hour.

Choosing to learn from the West Indies’ debacle, Azhar Ali opted to bat first. Choosing to play two leg spinners in Shadab Khan and Yasir Shah, they are better prepared to bowl on the final day.

The hosts are with an unchanged final XI from the last Test against the West Indies. Ben Stokes’ fitness has prompted them to play five frontline bowlers at the cost of Zak Crawley.

With the weather around, Stuart Broad and James Anderson will fancy the first go with the hard cherry. The latter being only 11 short of 600 Test wickets.

Ahead of the start, as Pakistan bats first, our criclytics predictor gives Pakistan a 33% chance of winning this Test as compared to England’s 41%. Based on the conditions and the potency of their bowling unit, a total of even 300 will put Pakistan in a great position to call the shots in the Test. 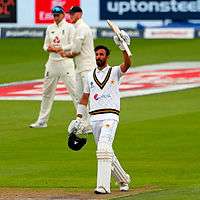