Delhi bag 2 points after a Super Over finish 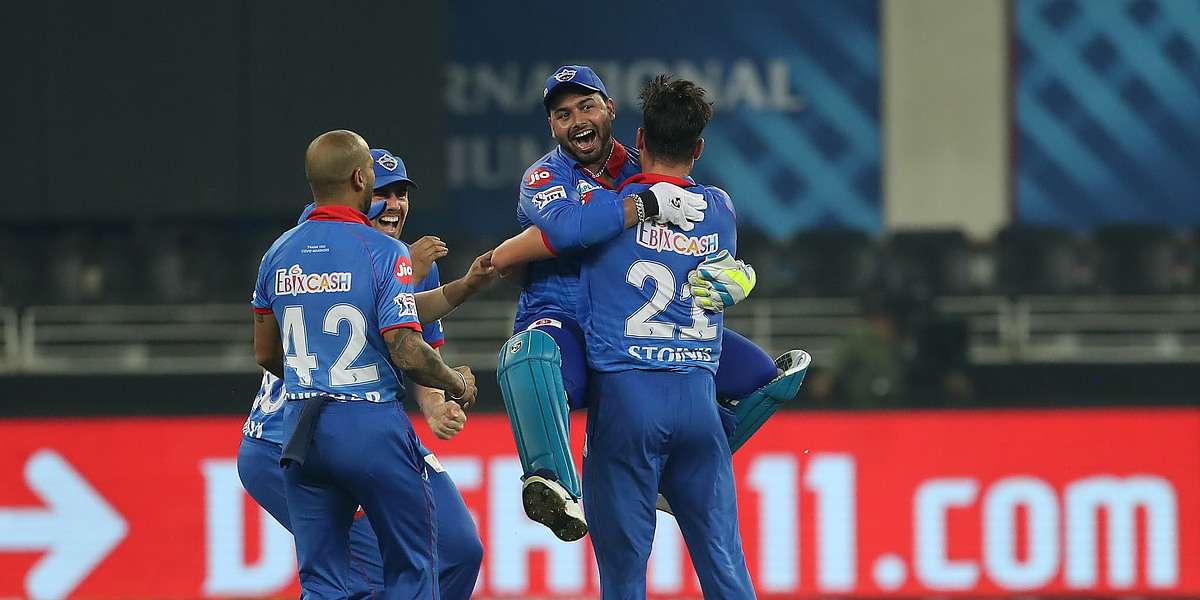 Delhi bag 2 points after a Super Over finish

In many ways, it was a replay of the season’s lung opener between Chennai and Mumbai. Dropped catches, misfields, poor strokes, loose deliveries at crucial times were the norm in the first game and it extended into the second match between Delhi Capitals and Kings XI Punjab. During the entirety of the game it felt like the two sides were competing to end up second and 40 overs were not enough to separate them with the game extending to the Super Over.

The above remark is justified by Punjab’s failure to score 1 run off three balls. Instead they lost two wickets off the last two balls and including the Super Over, they collapsed to lose four wickets for just two runs.

Mayank's brilliance with the bat

The quality of the game was saved by four big performances. Mayank Agarwal played an uncharacteristic knock driving Punjab’s run-chase pretty much single-handedly. With explosive hitters like KL Rahul, Nicholas Pooran and Glenn Maxwell in the side , Mayank scored only 4 runs off his first 10 balls. With Punjab slipping from 28 for no loss in four overs to 55 for five at the halfway mark, he responded to the situation building a steady partnership with Krishnappa Gowtham of 46 runs from 33 balls.

He was 35 off 37 deliveries when the run-rate demanded 12 an over with five overs left. For a batsman who is climbing the ladder in international cricket as a Test opener, Mayank expressed his range scoring 54 runs off 23 balls in the death overs, thus almost nullifying the impact created by Marcus Stoinis’ astonishing knock of 53 from 21 balls.

Stoinis to the rescue

Stoinis was the surprise package for Delhi. After struggling for runs during Australia’s tour of England, he was in full pomp today lifting Delhi from a dire situation to a par score. With three overs left in the innings, Delhi were struggling to take the run-rate over six. Stoinis hammered 49 off only 14 balls from then onwards taking the capital franchise to 157 for eight. He took a liking to Chris Jordan tonking him for 35 runs off the eight balls he faced from him. Jordan’s last over was plundered for 30 runs which later proved to be decisive.

Another such over was bowled by Ravi Ashwin. Following up from the previous over in which Mohit Sharma pegged Punjab back by rattling KL Rahul’s stumps, Ashwin struck with his first ball for Delhi sending Karun Nair back. Three balls later, he went through Nicholas Pooran’s stumps with a straighter one pushing his former franchise into the muddle. However, he injured his shoulder in an attempt to save a run off the last ball of his over. He left the field and was not back again which forced Shreyas Iyer to use the full quota of Mohit Sharma and later trust Stoinis with last-over duties, this time with the ball.

Stoinis had 14 runs to defend with a rampaging Mayank who sent the first ball over the ropes for a maximum but the stars aligned for the Australian allrounder. With only 1 run in hand and three balls to spare, Stoinis bowled a dot ball backing it up by consecutive wickets off attempted yorkers which were not on the mark. Both Mayank and Jordan found fielders to shots struck from the middle of the bat.

Rabada was the saviour with the ball for Delhi. He picked the crucial wickets of Maxwell and Gowtham during his spell of two for 28 during the regular course of play. He was the obvious choice to bowl the Super Over after saving 9 runs in the tie-breaker against Kolkata last year. This time, he dismissed Rahul and Pooran in the Super over conceding only two runs which were easily chased down by Delhi’s pair of Rishabh Pant and Iyer.

Earlier in the day, Sheldon Cottrell had an awry start bowling a waist-high full toss (setting up the rusty play that unfolded throughout the game). But Mohammed Shami hit Bullseye straightaway from the other end. He got Prithvi Shaw with a bouncer and dismissed Shimron Hetmyer in one over.

Delhi were steadied by a partnership between Pant and Iyer. When Ravi Bishnoi removed Pant with a googly, Rahul did not shy away from bringing Shami back into the attack as an attacking option. The paceman responded by dismissing Iyer in his last over (15th over of the innings) crippling Delhi further.

However, the capital franchise was saved by Stoinis’ brilliance, both with bat and ball (figures of two for 29 in three overs) and the allrounder was deservingly adjudged as the man-of-the-match.

To begin the day’s proceedings, Rahul won the toss and elected to bowl first. With fresh grass on the pitch, both franchises went with two overseas pacers. Punjab took the bold decision to bench Chris Gayle and strengthen their middle-order.