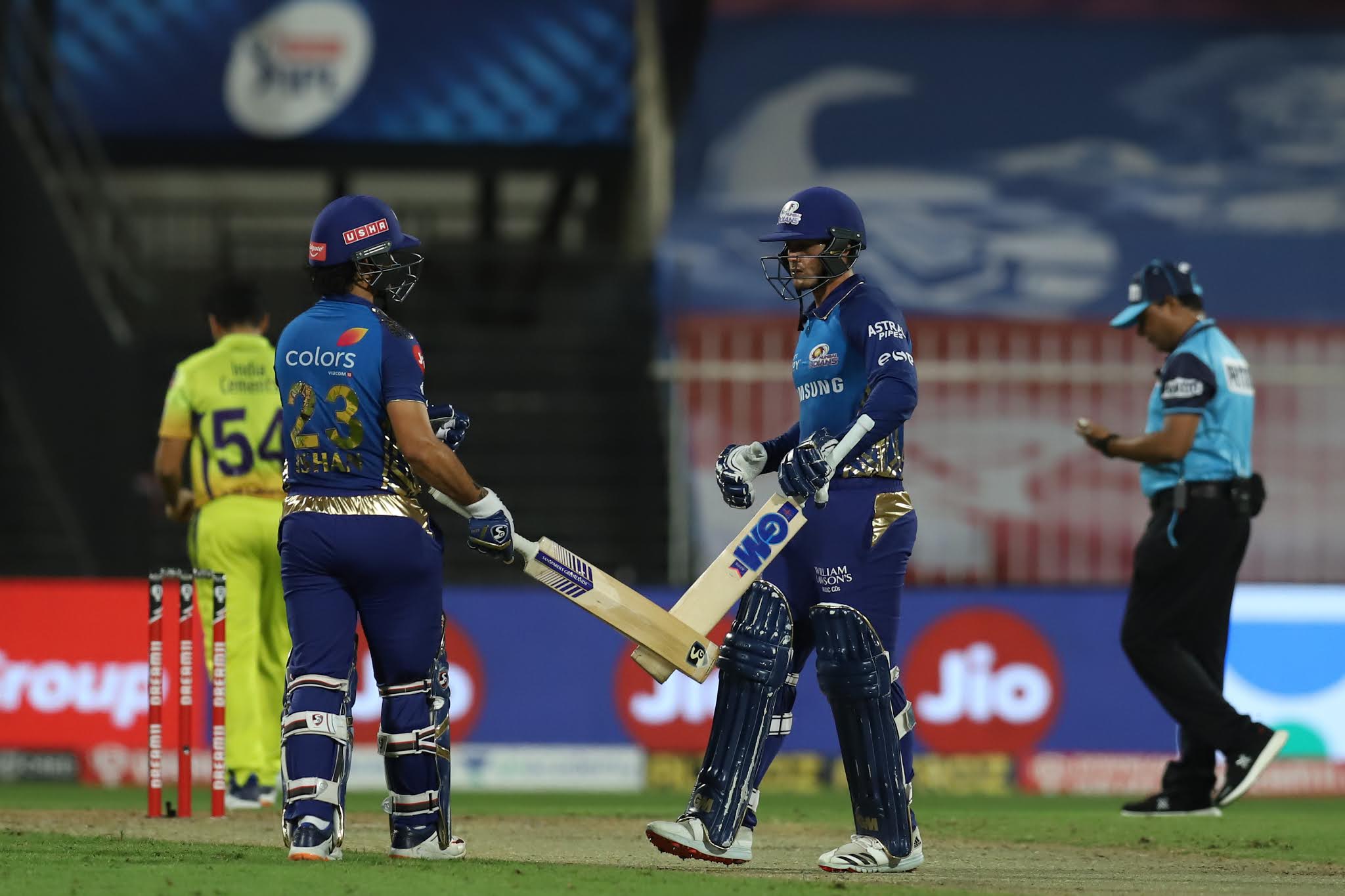 MI chased down 115 with 10 wickets and 46 balls to spare, their best in IPL. This was also the first time CSK lost a game by 10 wickets

While the light was flickering on CSK’s hopes for the playoffs ahead of tonight’s clash, it has all but extinguished after MI’s emphatic 10-wicket win. After CSK imploded in the first three overs, a target of 115 proved to be a cakewalk for MI openers. There were a barrage of records broken, new highs for MI and fresh lows for CSK. But, the bottom line is this: unless some divine intervention in other results (scroll to the bottom for such a scenario) it will be the first-time ever when CSK will not be making it to the playoffs in IPL.

Even for the best of sides, it is tough to come back after losing four wickets in the first three overs. For a side struggling with momentum with the bat it was next to impossible, as CSK found out.

Trent Boult with a new ball in the first over is often a handful for the best of batsmen. He was lethal for the young Ruturaj Gaikwad. Caught in a deadly set-up of three balls that moved across followed by the sucker punch coming back in, Gaikwad departed without opening his account. Boult started with a wicket-maiden.

As Faf du Plessis and Ambati Rayudu have carried CSK countless times before there was no indication of what was to come. Both opened their accounts with a single and a couple respectively in the next over by Jasprit Bumrah. All the clichés like adding insult to injury, rubbing salt in the wound etc. will fit to what happened from then on.

Trying to hook a short ball, Rayudu gloved the ball to Quinton de Kock behind the stumps. Before this game, Rohit Sharma had to sit out due an unhealed hamstring injury from the first Super Over the other night. Kieron Pollard led the side in his absence. Some, especially those who have not seen him operate as a skipper in CPL, might have thought that the absence of Rohit might affect MI's tactics. But, they were proven wrong on Bumrah’s next ball as N Jagadeesan edged it to the well-placed second slip.

A ball that goes across from Boult accounted for du Plessis in the next over. CSK were four down for a run less. There were some question marks when MI brought in Krunal Pandya for the fifth over. However, a change of ends for Boult led to CSK's fifth wicket and their worse Powerplay score ever, 24/5.

The youngsters on both sides

Having known MS Dhoni's batting style in recent times, the immediate thought would have been that he will bring on his defensive best. After losing four wickets inside three overs, he would play out the overs. Maybe try and smash a few at the death. However, tonight nothing was usual for CSK.

He opened his account on the second ball with a flash that resulted in a four off an outside edge. Two balls later he punched through the covers for another four.

As soon as the Powerplay got over and Rahul Chahar came on, he attacked him. On his third ball, he came down the track and cleared the straight boundary with ease. His uncharacteristic counter-attacking did not help CSK in the long run. Trying to repeat the shot on the next ball, he nicked it to de Kock behind and walked back visibly grumpy.

CSK lost one more wicket in the middle-overs as Rahul Chahar got the better of his cousin who was outside his crease when he missed a slog sweep.

The way CSK began, it did not seem like they will bat 20 overs. Let alone score 43 in the last five. All thanks to the grit and maturity of their youngest member, Sam Curran. Using bursts of aggression well, he earned a half-century for himself.

Easily CSK's best player this season, Curran, started off ensuring that the demolition subsides and runs keep ticking. He did exhibit some sporadic flair as well when he smashed Rahul Chahar and hooked Nathan Coulter-Nile for a six each. He stabilized CSK a tad with a 28-run partnership with Shardul Thakur first and a 43-run stand with Imran Tahir later.

Showing maturity above his age, he refused the strike to CSK's number 10 and a player twice his age, Tahir against Jasprit Bumrah. But, Tahir himself batted with purpose to spinners later as they stitched a partnership to take CSK to a face-saving total. Boult cleaned up Curran on the last ball of the innings. However, this was after he had belted MI's best bowler on the night for three boundaries in the over.

A cakewalk for the new pair

A half-century opening-stand inside the Powerplay all but ended CSK's hopes in the game. With the absence of Rohit, MI sent Ishan Kishan to partner de Kock at the top.

Four boundaries in the first two overs fused the little spark ignited by Curran with the bat. The ball did swing for Deepak Chahar and there was some bounce for Josh Hazlewood but the edges, all two of them, went wide or above the slips.

In between some plays and misses, there were some outrageous shots square of the wicket by Kishan who was severe of the two. On a night when CSK needed a rabbit out of the hat, their modus operandi suffered a heavy blow as Chahar, in his third over on the trot, went for 17. De Kock limited himself to his characteristic touch play, focussed on timing.

After the Powerplay, It took them 38 balls more to score the remaining 64. There were sixes galore as the duo opened their shoulders and cleared the ropes six times after the field spread. Kishan, in particular, was thumping every ball as if batting with a specific message to lift the net run-rate as much as possible.

For CSK, the youngsters were not able to ignite the 'spark' that their team needed. But, it was the experienced heads that let the team down in a forgetful season. MI are soaring for yet another top-2 finish with their biggest ever win. CSK need some inspiration to sieve out positives to take to the next season.

The miracle that CSK need

For all CSK fans, this how they can still make it to the playoffs: