KKR keep themselves alive knocking RR out by 60 runs 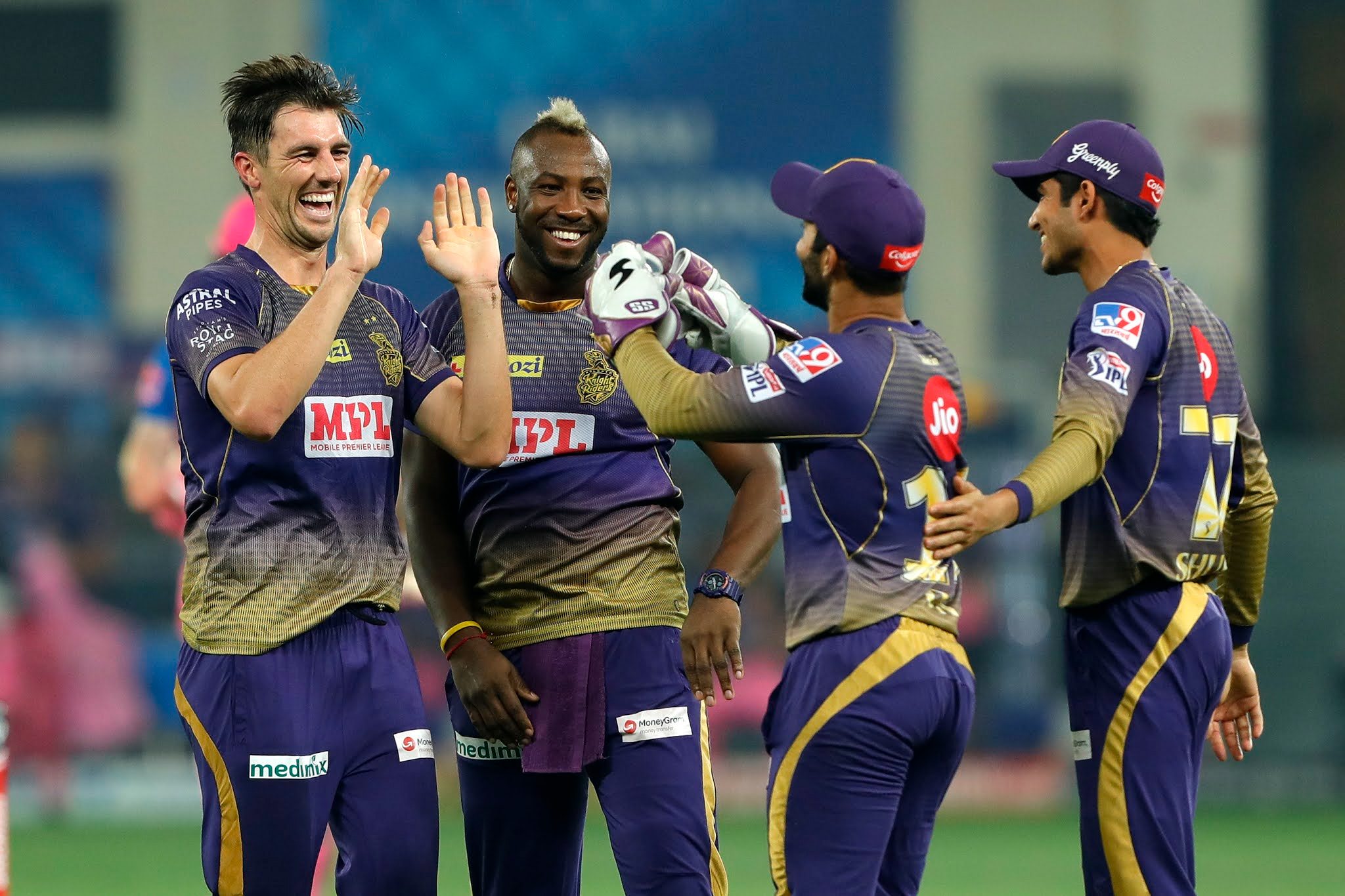 KKR keep themselves alive knocking RR out by 60 runs

KKR jump to the fourth spot in the points table

Kolkata Knight Riders have done the needful. Beating Rajasthan Royals by 60 runs in Match 54 of IPL 2020, they have ensured they are alive in the tournament and jump to the fourth spot in the points table.

With a victory needed for both sides, KKR ticked all the boxes. They registered their highest margin of victory while defending a total and also put up their best bowling performance in Powerplay this season. RR, on the other hand, will join Chennai and Punjab on the flight back home.

There was a common consensus that Eoin Morgan was not batting at the right spot. He had 350 runs in the competition prior to this match at an average of 35 coupled with a strike-rate of 131.1 but the impact was missing because of coming in too late. Tonight, Morgan hit the nail on its head with his arrival to the crease. Sunil Narine’s golden duck might have been a blessing in disguise as it allowed Morgan to walk out in the 10th over.

KKR batted with a lot more intent tonight and Morgan soon joined the bandwagon. He struck Kartik Tyagi for a six on the fourth ball of his innings. When the innings felt like going through a slump, he carted Shreyas Gopal for four boundaries in an overs (two fours and two sixes).

Andre Russell left after a cameo of 25 runs from 11 balls but Morgan saw KKR through to a good score on the board. Taking his countryman, Ben Stokes to the cleaners in the 19th over, he amassed his first half-century of the season in a matter of 30 balls.

An innings that came under the threat of coming to a standstill at various points, KKR eventually put 191 on the board. Morgan finished with an unbeaten 68 from 35 balls with the help of five fours and six sixes. 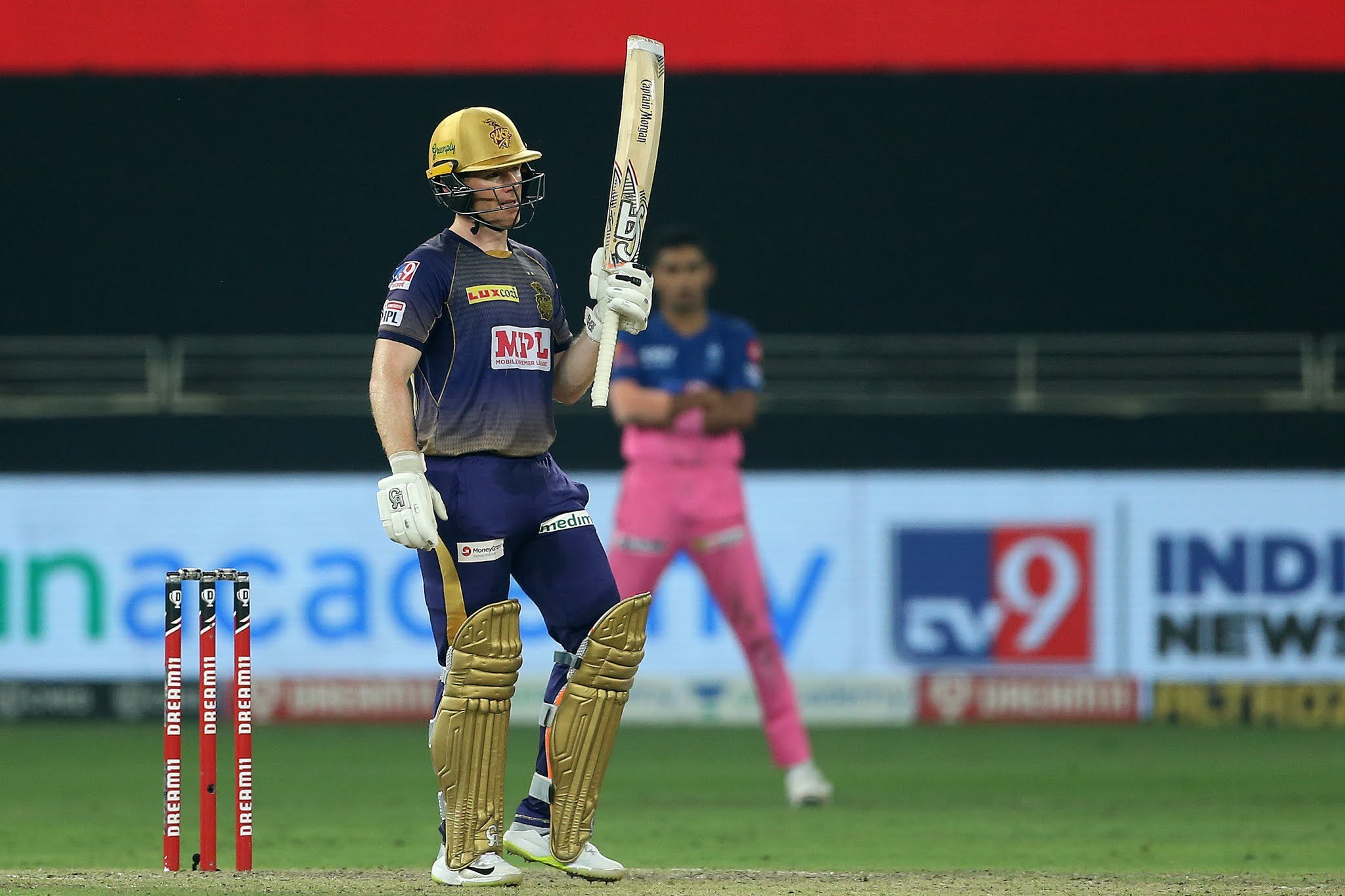 4 wickets in 32 overs at an average of 50.5. These were Pat Cummins' bowling numbers in the Powerplay in 13 games for KKR as yet in IPL 2020. Today, he doubled that tally in a spell which jolted RR’s run-chase at the very beginning.

Robin Uthappa started the innings with a six but by the end of the over, it was Cummins who had the last laugh. After 19 runs were collected by Uthappa and Ben Stokes, the former got out handing a catch to Kamlesh Nagarkoti at deep square leg. Stokes, having looked dangerous during his 11-ball 18, had his innings restricted by a stunning catch by Dinesh Karthik. Going for an expansive shot, Stokes edged the ball. Despite being wrong-footed by the angle of the delivery, Karthik dove full length to grab a one-handed catch. Steve Smith edged the ball onto his stumps on the last ball of the same over as RR lost three wickets in no time.

Next over, Cummins became KKR's second bowler to take four wickets in the Powerplay. Riyan Parag failed to weather the storm, edging a short delivery to Karthik. 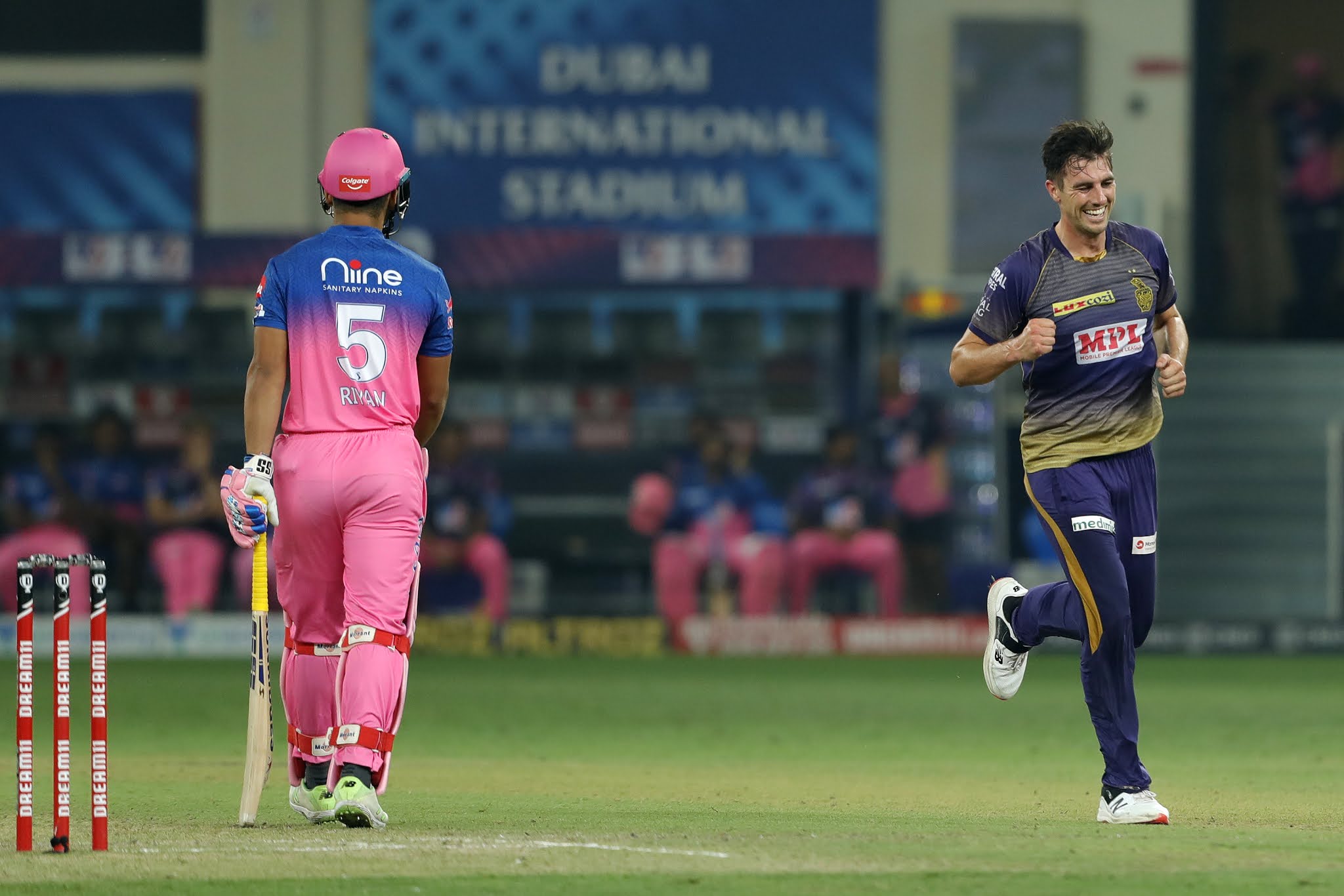 Cummins was aptly supported by other bowlers. Apart from him, Shivam Mavi chipped in with the wicket of Sanju Samson in the Powerplay. Varun Chakravarthy took care of the rest, dismissing Jos Buttler (35 from 22 balls) and Rahul Tewatia (31 from 27 balls).

Cummins finished with figures of four for 34 and the man-of-the-match trophy.

Same old story for RR with the ball

For the nth time in the tournament, Archer was short of support to translate his performance into something substantial for his side. He started with a peach of an over which handed Nitish Rana his third golden duck from the tournament. From the other end, Varun Aaron and Shreyas Gopal conceded 12 and 17 runs respectively. Hence, KKR finished the Powerplay with 55 runs on the board despite a poor start.

Overall, no other RR bowler could keep the economy under 9 runs per over except Tewatia who chipped in with three wickets. As a result, despite striking four times in the middle-phase of the innings, RR never really strangled the run-rate for a period of time.

KKR toppled RR in their biggest win of the season but it fell short on one ground. Had KKR won by 79 runs or more, they would have qualified tonight itself going past Delhi and Bangalore in terms of net run rate. Now, they are in touching distance with them, levelled at 14 points. The outcome of Match 55 (between Bangalore and Delhi) alongside Match 56 (between Hyderabad and Mumbai) now hold key to KKR’s fortunes in the league.