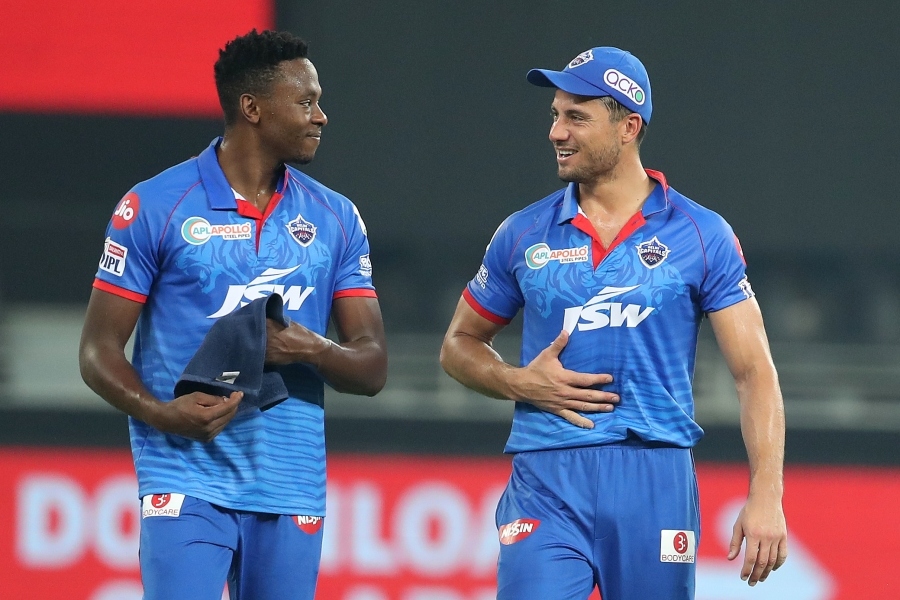 Hello and welcome to Match 7 of IPL 2020 between Chennai Super Kings and Delhi Capitals which will be held at Dubai International Stadium, in Dubai. Chennai have won one and lost one game so far in the tournament. While they defeated a strong Mumbai Indians outfit in their opening game, a Sanju Samson blitzkrieg blew them away in Match 2. Delhi, on the other hand, will be coming into the game with confidence having won a nail-biting Super Over against Kings XI Punjab at this very venue.

Delhi haven't been at their best against Chennai in the past.

11 games, two wins and nine losses. That is Delhi’s dismal record against Chennai Super Kings since 2013. Overall, they have a win percentage of only 28.5 against Chennai, their lowest against an opponent. In the current setup, rebranded to Delhi Capitals, they lost all their three games against Chennai last year, including the second Qualifier. However, the current dynamics of both sides sets Delhi up to improve their numbers against Chennai.

The win against Mumbai in the lung opener aside, the MS Dhoni led team has had their most tumultuous start to an IPL campaign. Losing Suresh Raina, their highest run-scorer and the only left-hander in their top-order, was a big blow. Ambati Rayudu helped Chennai close that opening but his hamstring niggle has thrown the team into a deeper pit. His absence was clearly felt against Rajasthan Royals and he is confirmed to miss their encounter against Delhi Capitals as well.

Chennai will also miss Harbhajan Singh in this game. The clever off-spinner withdrew from the tournament due to personal reasons. Against a side with three left-handers up their sleeves, Harbhajan would have been a welcome addition to the Playing XI.

While Chennai will be playing their first game in Dubai, Delhi already have a taste of the conditions. A deviation in the venue from the standard Chennai-Delhi matches puts the ball in Delhi’s court to challenge their nemesis. Playing with a top-class spin attack more often than not, Chennai were always all over Delhi’s batting on the sluggish tracks of either Feroz Shah Kotla or Chepauk. The trend was quite prominent in 2019 where Delhi’s batting armoury, which by nature prefers the ball coming onto the bat, was subdued by Chennai spinners not once but thrice in the tournament.

Moreover, Delhi have the right match-ups as well. The three left-handers in the side - Shikhar Dhawan, Rishabh Pant and Shimron Hetmyer - can neutralize both Ravindra Jadeja and Piyush Chawla. Chennai, so far, have bowled with only five bowlers. No off-spinner in Chennai’s squad cripple their bowling attack. Kedar Jadhav might be seen rolling his arm to fill the void.

The talk around the batting position

Irrespective of how hard he tries, MS Dhoni fails to escape the media attention. After all the hoopla around his status as an international cricketer, his batting position has become the talk of the town in the IPL. In the two Chennai games so far, Dhoni has opted to stay low down in the order (batting at seven) handing the baton to others. The decision to stay back in a high-scoring game against Rajasthan was severely criticized. His batting position against Delhi Capitals will once again be the biggest talking point in the game.

On the other hand, Chennai have been brilliant in utilizing the batting expertise of Sam Curran. Twice in two games, Curran has provided the impetus to the innings going in to bat at a random number. Since 2019, he has the joint-best ball-per-boundary ratio in IPL with Andre Russell (3.1). Curran can be promoted once again in the batting-order to exploit his match-up against the left-arm orthodox spinner, Axar Patel.

Delhi got out of a hole in their opening game against Punjab. After denting them early, their bowlers allowed Punjab to come back into the game. At the end, it was the shot selection of Punjab’s batsmen that cost them the game instead of the brilliance of Delhi bowlers.

However, while others around him were getting tonked by Mayank Agarwal, Kagiso Rabada stood out for Delhi. Rabada is arguably the best bowler in this contest. A consistent performer under pressure, he is the X-factor in Delhi’s bowling line-up giving them the edge with the ball.

Delhi also used him brilliantly in their first game. Instead of handing him the new ball, they employed him at crucial points in the game - to get Glenn Maxwell out early and then use him at the death. In this game, he may take the new ball to target Shane Watson and his former international captain, Faf du Plessis. Furthermore, Rabada will be assigned to control MS Dhoni whenever the Chennai skipper comes to bat.