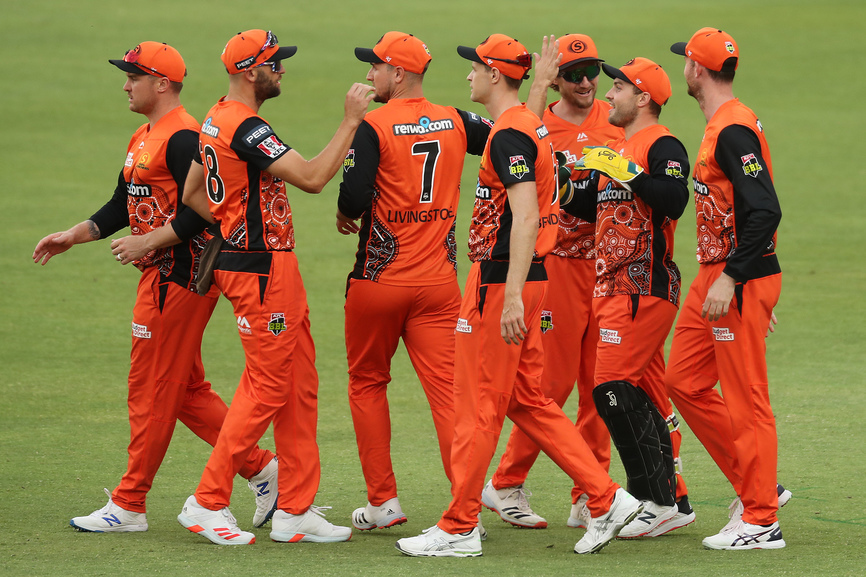 Brisbane Heat’s collapse hands Perth Scorchers a comprehensive 59-run win in match 44 of the Big Bash League (BBL) 2020-21 at the Docklands Stadium, Melbourne. Chasing 175 for a win, Heat just about earned the bash boost point and were in a decent position to maybe go on and win the game. But once they lost Lewis Gregory (20) and Joe Denly (26) in quick succession, they never looked like chasing the target down. From 96 for 3, they were eventually bowled out for a meager 115 in a span of just 30 deliveries.

This is an excellent comeback from Scorchers, who have bounced back in style after their seven-wicket loss at the hands of Sydney Sixers in the previous match. They have now won six out of their last seven matches. Heat on the other hand have tasted defeat for the second time in their five games.

Fawad Ahmed was the pick of the bowlers for Scorchers, finishing with three wickets, which included that of Chris Lynn and Denly. With this win, Scorchers climb to second in the BBL 10 table with 24 points from 11 matches, while Heat remain in the sixth spot with 20 points from 11 games.

New Zealand batsman Colin Munro continued his good form in the tournament with a magnificent 54-ball 82 to propel Scorchers to 174. Known to get going from the first ball, Munro initially took his time and got to his fifty off 41 balls. Along the way, he built a 32-run stand with Liam Livingstone and then followed that up with crucial 40, 36 and 47-run partnerships with Josh Inglis, Cameron Bancroft and Ashton Turner respectively.

In his next 14 balls after reaching his fourth BBL fifty in five matches, Munro scored another 32 runs, which gave the Scorchers the much needed momentum at the innings break. As many as five fours and four sixes punctuated his innings.

Thanks to Munro and Turner’s blitz, Scorchers finished with 57 runs in the last five overs that gave them the edge. 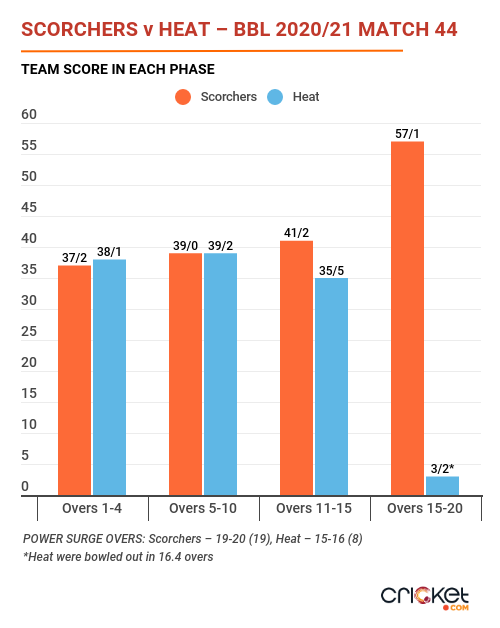 While Scorchers had many small partnerships in their innings, Heat failed to stitch together even a single significant stand that led to their downfall. They were placed at 77 for 3 at the end of 10 overs. Chris Lynn started off well, but was cleverly stumped off Ahmed, but it was the end of 44-run stand between Gregory and Denly that really opened the floodgates.

From there on, Jhye Richardson, Jason Behrendroff and Ahmed took complete control of the game and Heat folded like nine pins. With two wickets in this match, Richardson has further consolidated his position at the top of the leading wicket-takers in this tournament with 21 wickets at 11.52 to go with an economy rate of 6.28.

Scorchers will look to add to their tally when they take on Hobart Hurricanes at the Docklands Stadium on January 22. Heat will look to get back into winning ways against Adelaide Strikers on January 21 at the Adelaide Oval.

Player of the match: Colin Munro 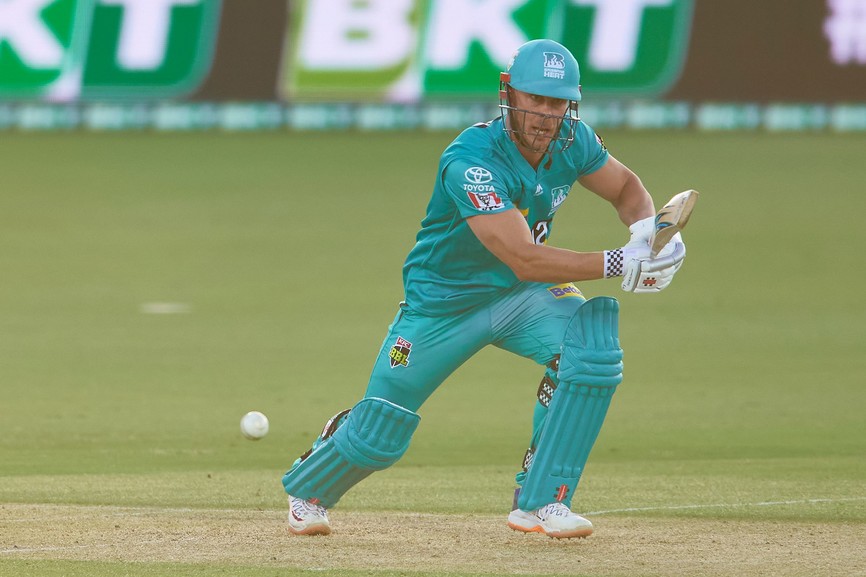