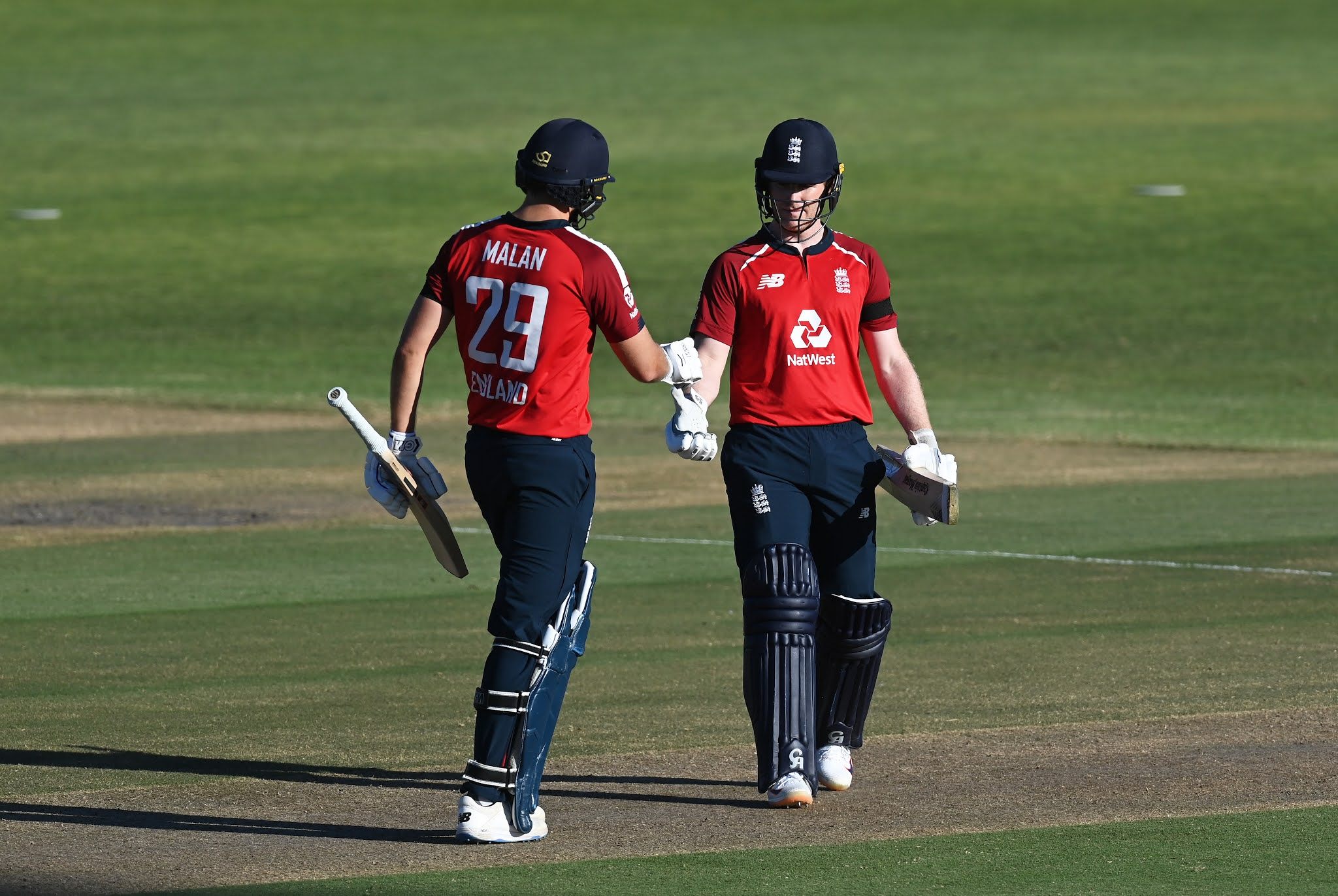 Eoin Morgan termed England’s performance “pretty average” despite a win in Cape Town. At Paarl, in the second T20I, he will be happier with the way things went, although England’s batting was pushed to its limit in what was perceived to be an easy chase.

England were tested as the only vulnerability of their star-studded batting line-up over the recent years have faced - slow pitches. Led by Tabraiz Shamsi’s wrist-spin, South Africa squeezed England’s innings during the middle-overs but were left undone by the ice-cold Dawid Malan and Eoin Morgan, who ensured another T20I series win for England with an unassailable 2-0 lead.

At one point, the asking rate escalated to over 10 an over. England could not find any momentum until Morgan walked in at his new batting position - number six. He scored a six and a four in the 15th over against Lungi Ngidi providing some pump to the innings. He further carried it to the death overs. Malan, who was himself searching for rhythm until then, fed off the momentum created by Morgan, racing to a 39-ball fifty after being 29 off 31 balls at one stage.

It was not an easy start for Malan. He walked out to bat when South Africa were pressing their foot forward and Jason Roy’s struggle had indicated a tricky chase. He was struck on the chest by an Anrich Nortje bouncer which was recorded at 150-kph on the speedometer.

To Morgan’s credit, it was not a pitch to go after the bowling from the word go. But that is what his self-assigned new role in the team demands and the England captain flourished in it. His two boundaries against Ngidi in the 15th over brought about a much-needed change in momentum.

It could also be a coincidence that it collided with the point when South Africa were done with their spinners, as they were the point of difference makers in both innings. 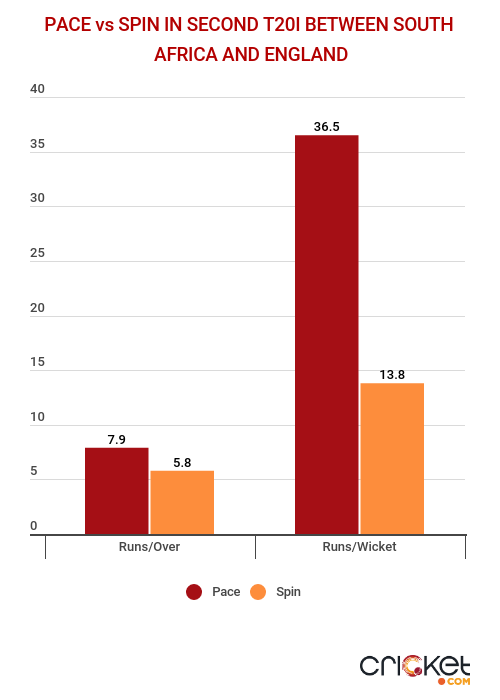 South Africa began well with the ball but had only wicket in the Powerplay. In the middle-overs, Shamsi added wickets to South Africa’s efforts by forcing England batsmen to make errors.

Thudding the ball into Buttler’s stumps in his first over, Shamsi reminded his nemesis from the tour opener, Jonny Bairstow about the large size of the boundary by getting him caught in the deep. In his last over, he added Ben Stokes to his tally. Given the proceedings, Quinton de Kock might regret not playing Jon-Jon Smuts.

In a similar vein, Rashid also brought the South African innings to a complete standstill. Proteas had lost both openers in the Powerplay but with 50 runs on the board, they had enough hope to post a competitive with Reeza Hendricks and Faf du Plessis at the crease.

Rashid snaffled both of them. Hendricks was beaten through a dreamy dip on the off-stump line while du Plessis was questioned on his half-hearted footwork with a pristine leg break.

South Africa’s innings never got any momentum after it. The 20-run stand between Rassie van der Dussen and Heinrich Klaasen from 23 balls was not helpful and the home side managed only 52 runs in the middle-overs. 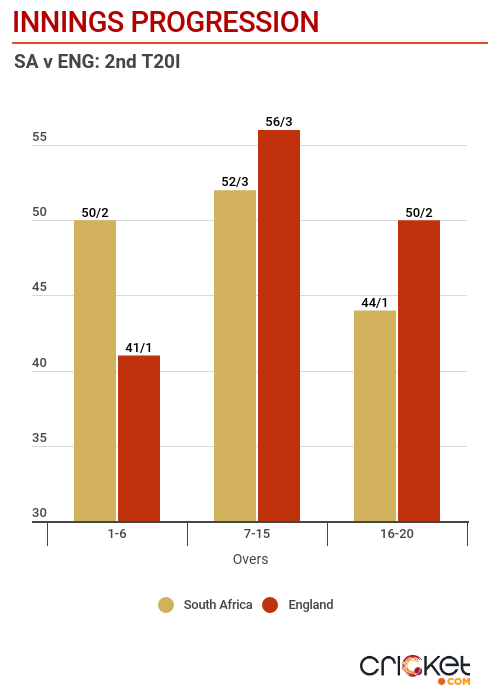 Unlike Malan, van der Dussen never ‘found his hands’ and trudged to an unbeaten knock of 25 from 29 balls, without a single boundary. A squandered opportunity to find the fence off a knee-height full toss in the last over underlined his travails.

Surprisingly for South Africa, Linde, the bowling all-rounder at number seven seemed to be the most fluent batsman of the day. He contributed 25 to the Proteas’ 44 runs in the death with the help of two fours and a six. He did not pick any wickets but his economical spell coupled with a handful knock fetched him a perfect 10 on Criclytics Report Card.

In the concluding phase of the game, Malan’s dismissal, coming through an excellent catch by Hendricks at long-off, brought another opportunity for South Africa to choke England. However, an outside edge off Morgan’s bat flew past de Kock reducing the deficit to 3 runs in the last over. Kagiso Rabada got Sam Curran to chop on to his stumps on the second ball but Jordan razed off the remainder with a ball to spare.