Trailblazers cruise to victory on the back of Ecclestone heroics 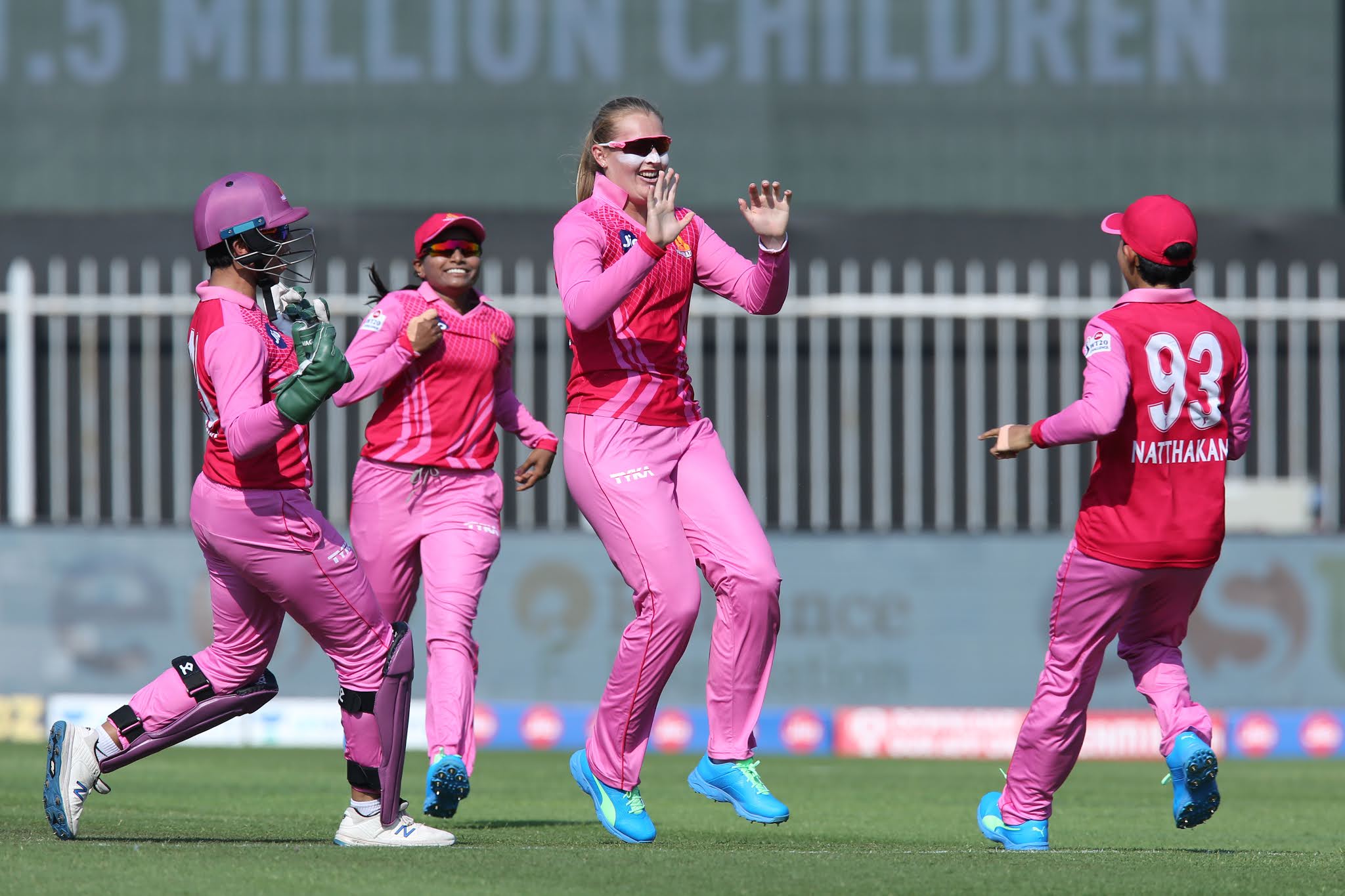 Trailblazers cruise to victory on the back of Ecclestone heroics

Trailblazers completed a comfortable nine-wicket victory against Velocity at the Sharjah Cricket Stadium on Thursday (5 November 2020). The result of the match was in little doubt after the Trailblazers' bowlers had done a fantastic job in the first half of the game.

ECCLESTONE, GOSWAMI STAR IN THE POWERPLAY

Shafali Verma has made a name for herself over the past year by being aggressive at the start of the innings. She started with an attacking approach here as well, hitting a boundary off Jhulan Goswami in the first over before striking a six off Sophie Ecclestone. But her stay in the middle didn't last long.

The experienced Goswami came back strongly in her second over, dismissing the 16-year-old Shafali who was attempting to play a late cut.

The star of the show for the Trailblazers was Ecclestone. She’s the number one ranked bowler in Women's T20Is and she showed why here with a double-wicket maiden soon after which put Velocity on the back foot early on. The England spinner got the crucial wickets of Mithali Raj and Veda Krishnamurthy off consecutive deliveries. And it was all one-way traffic from there.

In the fifth over, Danielle Wyatt tried to turn the momentum but was unsuccessful as she couldn't clear the infield while attempting a lofted shot. It was Goswami with her second wicket.

Ecclestone wasn’t done yet either. She returned to bowl the final over of the Powerplay and dismissed Sushma Verma – who had played a fine innings on Wednesday – for just one. Trailblazers’ strategy of using only two bowlers – one pacer and one spinner – during the first six worked brilliantly here.

With the score reading 22/5 at the end of the Powerplay, Velocity were in dire straits and there wasn’t any respite after the fielding restrictions were lifted either.

In the ninth over, Velocity lost two of their batters off successive deliveries for the second time in the innings. It was Rajeshwari Gayakwad with the two breakthroughs in what was another double-wicket maiden.

The first of those two dismissals was especially crucial as it saw Sune Luus – the Player of the Match in Wednesday’s game – head back to the pavilion.

Velocity were in free-fall at this point and a poor piece of running between the wickets saw Shikha Pandey dismissed for 10.

Deepti Sharma and Ecclestone then took the final two wickets as Velocity were bowled out for just 47. Ecclestone finished the innings with bowling figures of 4/9, her best in T20 cricket.

Leigh Kasperek was unbeaten on 11 at the end, one of only three Velocity batters to reach double figures – the others being Shafali and Pandey.

In reply, despite losing the wicket of skipper Mandhana early on, Trailblazers eased to victory, chasing down the modest target in just 7.5 overs. Deandra Dottin top-scored with an unbeaten 29 while youngster Richa Ghosh sealed the win with a six.

With one match left in the league stage, all three teams have a chance to make it to the final. Trailblazers and Velocity have two points each, but the former find themselves in a much better position, with a superb net run-rate (NRR) on the back of a thumping win in this contest.

The third league stage match will see Trailblazers taking on Supernovas. If Trailblazers win, then the final will be between Velocity and them. But if Supernovas win, then all three teams will be level on points which is not an ideal situation for Velocity as there is close to no chance of them ending up with a better NRR than either of the other two sides under such circumstances.