Looking back at epic Test thrillers at Wankhede 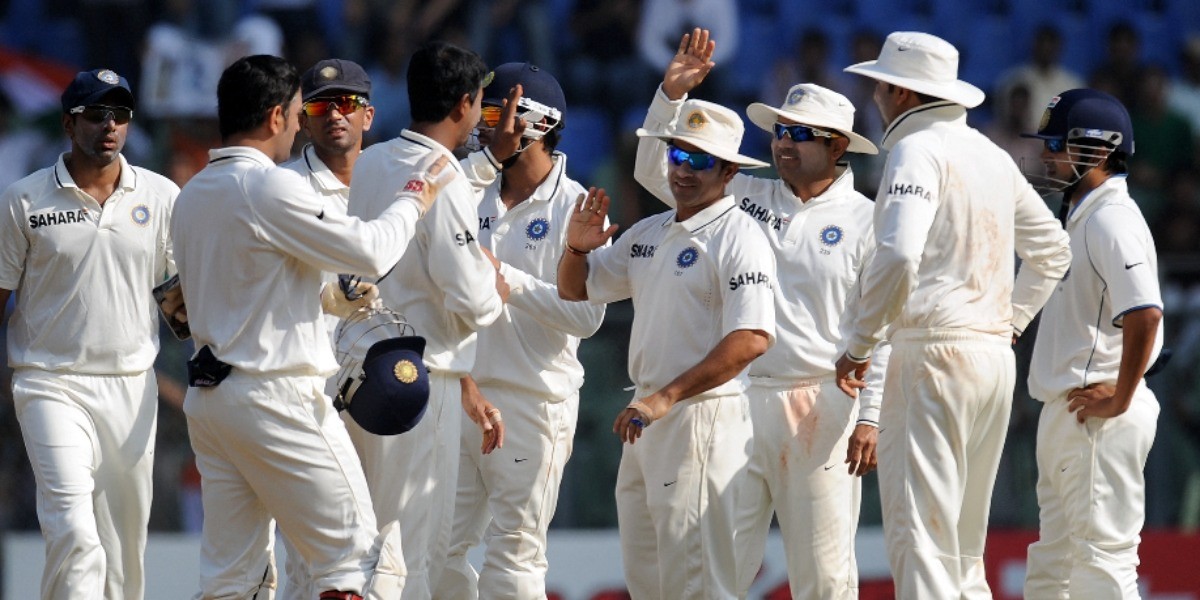 Looking back at epic Test thrillers at Wankhede

The Wankhede stadium has witnessed some epic red-ball cricket competitions over the last few decades. Right from England to Australia and even the West Indies, all the touring parties have had a pinch of the surface.

The Kiwis last played in whites at Wankhede back in 1988 led by John Wright. They had gone on to win the game by 136 runs.

As Test cricket returns to the historic stadium after a gap of almost five years, we take you through some of the encounters on the ground post the year 2000. 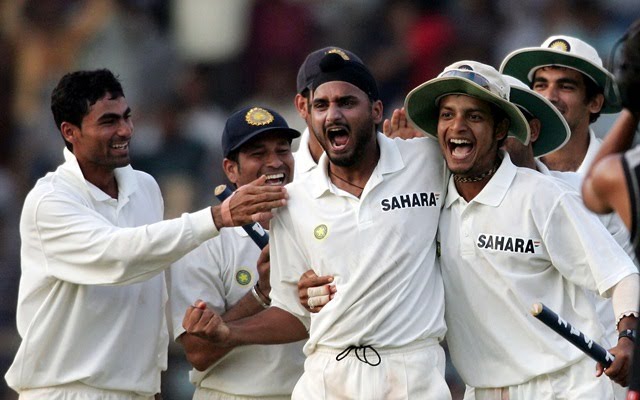 India's current Head Coach, Rahul Dravid led the side in Sourav Ganguly's absence in the final Test of the series. The hosts surprisingly decided to play three spinners and a pacer. Batting first, India were bowled out for 104 with Jason Gillespie picking 4/29.

Australia were all out for 204 as Murali Kartik and Anil Kumble took control. Both spinners picked nine wickets between them with Kumble getting a fifer. Damien Martyn was the lone batter to score a fifty.

In the second innings, India had been reduced to 14/2 before half-centuries from Sachin Tendulkar and VVS Laxman helped them recover. However once both got out, the Indian batting fell like a pack of cards, right from 153/3 to 205 all out. Michael Clarke ended up picking six wickets and conceding just nine runs.

Australia were required to chase 107 runs for victory. Zaheer Khan struck with the second ball to dismiss Justin Langer. The visitors failed to deliver against an all out spin carnage. Harbhajan Singh, who went wicketless in the first innings, finished with a fifer. He got the final two tailenders in a space of two balls as Australia were all out for 93 runs. India won by just 13 runs with Murali Kartik winning the Player of the Match for his seven wickets.

This Test is largely remembered for being the Master Blaster's grand farewell. Thousands of fans flocked into the Wankhede stadium to get a final glimpse of Sachin Tendulkar on his swansong. The match began with West Indies batting first and getting bowled out for 182.

The Indian openers then posted a partnership of 77 runs before getting out in the same over. The entire stadium erupted into cheers at the fall of the second wicket. The roar was reserved for Sachin who walked out to bat at number four. Both him and Pujara added 144 runs for the third wicket before Sachin edged one to Daren Sammy on 74 at slip. Thus, marking the end of an illustrious cricketing career spanning 24 years. Pujara and another Mumbai boy, Rohit Sharma went on to score centuries as India posted a total of 495.

West Indies failed to overcome the lead in the second innings, getting bowled out for 187. India won by an innings and 126 runs with Pragyan Ojha getting the Player of the Match award for two five-wicket hauls in the Test. 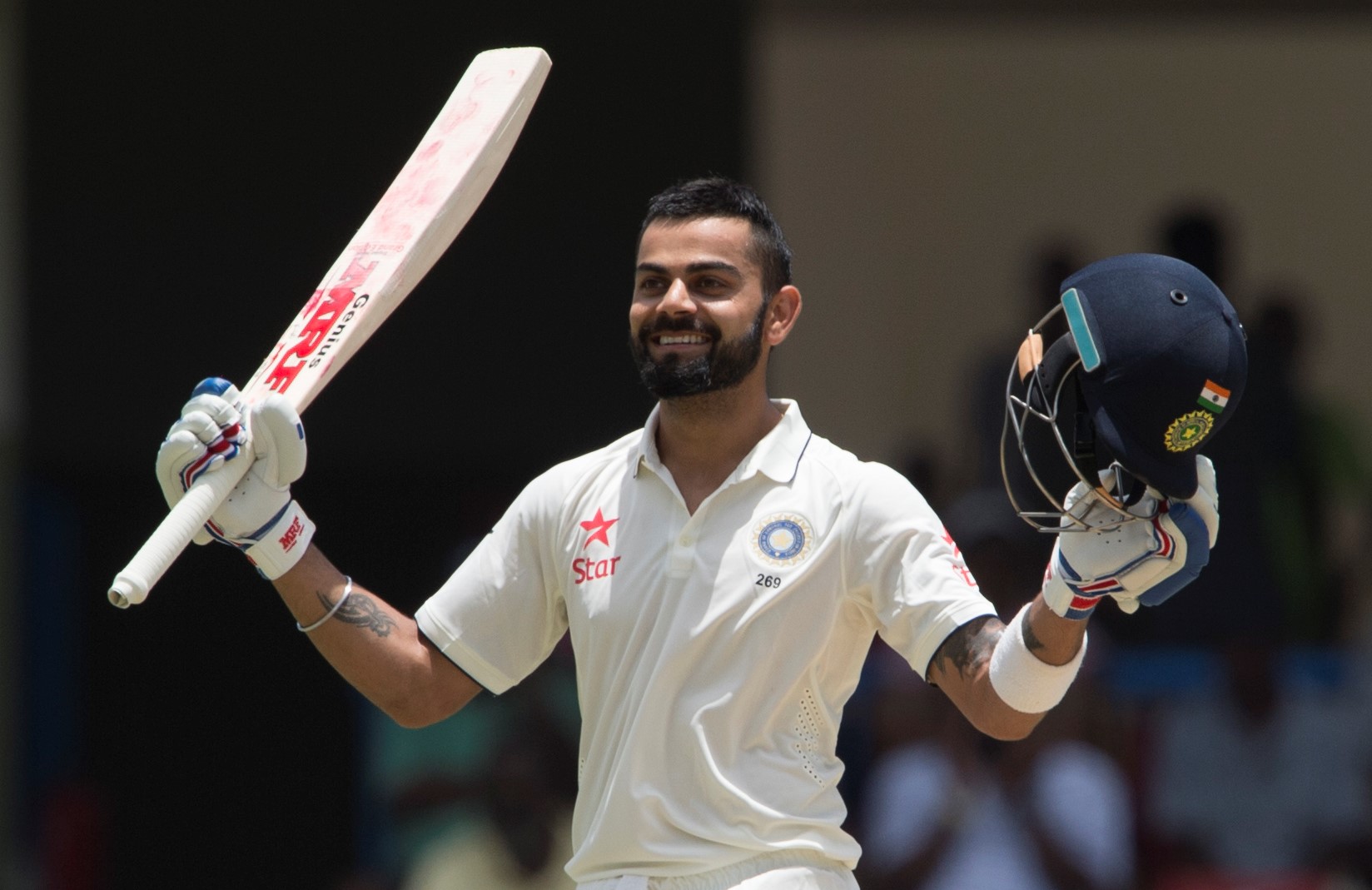 Winning the toss and electing to bat first, England openers got them off to a good start with a 99-run partnership. Keaton Jennings went on to score a ton on Test debut while Jos Buttler (76) and Moeen Ali (50) scored half-centuries. England posted a total of 400 runs with Ashwin (6/112) and Jadeja (4/109) picking all the wickets.

As for India, Murali Vijay slammed a ton to keep India in a strong position. The hosts were 364/7 at one stage with England aiming to get them restricted under 400. However, the pair of Virat Kohli and Jayant Yadav put up a 241-run partnership to take India past the 600-run mark. Jayant scored his maiden Test ton while Kohli scored 235, his highest test score back then.

In their second innings, England recovered, thanks to fifties from Root and  Bairstow after being reduced to 49/3. Once the partnership broke, the visitors' batting lineup fell apart. England went from 141/3 to 195 all out to hand India their second consecutive innings victory at the Wankhede. Ravichandran Ashwin won the Player of the Match for figures of 6/119 and 6/55.

Winning the toss and batting first, West Indies were off to a power-packed start. All their top six batsmen posted scores in excess of 60 as Darren Bravo led the way with a knock of 166. The visitors raked up 590 runs in the first innings with Ashwin getting an expensive fifer.

India responded well on Day Three scoring 287/3 with all eyes being on Sachin to score his landmark 100 centuries. However, he was dismissed for 94. A quick flurry of wickets put India in a challenging position at 331/6. However, a maiden Test century from Ashwin took India to a total of 482.

The Indian spinners then went on a rampage as Pragyan Ojha (6/47) and Ashwin (4/34) restricted the visitors to 134. India needed a target of 243 runs from 64 overs on the final day. The match saw several twists and turns as India went from a dominating 101/1 to 113/4. The match went down the wire with India requiring three runs from the final over and two wickets in hand to eventually two runs from the last ball. Ashwin was run out while attempting a second run as the match was drawn with scores level. 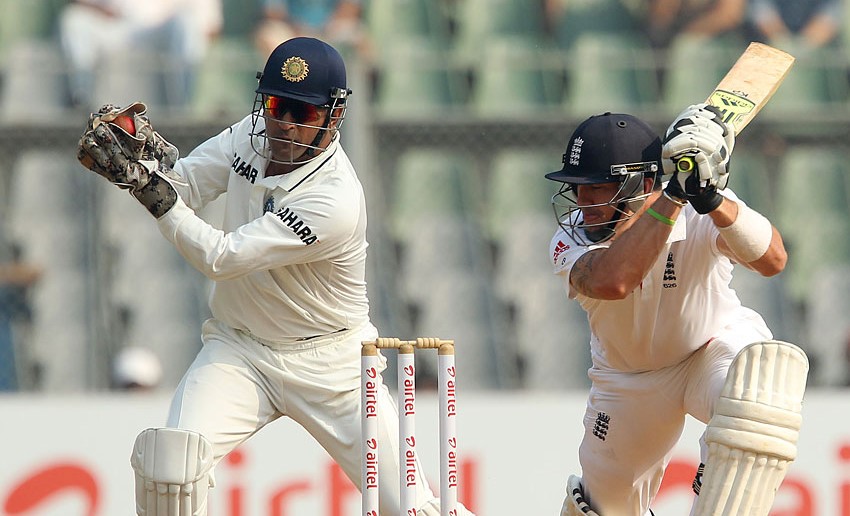 Being one up in the series, India didn't have a great start after being reduced to 169/6 on Day One. Pujara's 135 and a half-century from Ashwin took them to a total of 327. Monty Panesar picked a fifer for England.

On the other hand, England registered a total of 413 with two of their greatest Test batters in the modern era registering centuries. Kevin Pietersen went on to produce a magnificent knock of 186 while Alastair Cook scored 122.

In the second innings, the Indian batting was in tatters with Panesar getting a six-wicket haul and Swann picking four wickets. The hosts were bowled out for 142. England finished the game by scoring the deficit of 57 runs without losing a single wicket.