Made tactical changes to my game: Babar Azam

Made tactical changes to my game: Babar Azam

“There is some tactical switch because I think I need to charge more and I am focussing more on power hitting in practice these days."

Pakistan’s top batsman Babar Azam has said he has made some tactical changes to his game in order to hit more boundaries in the white-ball formats.

“There is some tactical switch because I think I need to charge more and I am focussing more on power hitting in practice these days,” he told reporters.

The youngster, who became the fastest Pakistani to reach 1000 runs in a calendar year, has already got 11 centuries and 15 fifties in 73 ODIs.

Babar, who was also a standout performer for his country in the World Cup, admitted that his long stint in English county cricket helped him improve a lot.

“Playing in English county cricket has made a big difference to me. I have gained confidence as a batsman and I am able to give 100 percent in every match,” he said.

Babar played a total of 14 matches in different formats in English county after the World Cup.

“My focus is on the given match and I want my team to win because of my batting,” he added.

Babar said he felt no pressure playing his first ODI in Karachi in 10 years time as he had already experienced the atmosphere at the National Stadium having played in the Pakistan Super League and the T20 series against West Indies last year.

“We all have missed playing at home and I am excited to be playing and scoring a hundred in front of my crowd,” he said.

He said he never thinks about breaking records while batting.

Sri Lanka’s stand-in skipper on the Pakistan tour, Lahiru Thirimanne expressed his disappointment at the way his team collapsed in the second one-day international against the hosts here.

After restricting Pakistan to 305 for seven, Sri Lanka collapsed to 5 for 28 in 10.1 overs before a 177-run record partnership for the sixth wicket between Shehan Jayasuriya (96) and Dasun Shanaka (68) revived the innings.

“I thought we batted very poorly as the ball was not doing much and just kept a little low at times. But we have to take positives out of this game,” he told reporters after the match on Monday.

“They (Jayasuriya and Shanaka) showed us we are capable of chasing big totals. The loss of so many wickets early on affected our run-chase in the end,” Thirimanne said.

He said Jayasuriya and Shanaka had given them hope after the batting collapse in first 10-overs.

The Sri Lankan captain said that his bowlers had done well in patches but conceded extra runs towards the end as the home side scored 73 in the last seven overs.

“I think we can do much better than this. I think the way we bowled and batted this is not our 100 percent. I am confident we will come back stronger in the next match,” he said.

Thirimanne, who came into bat at number five, said the early batting collapse was disappointing but insisted such things happened in cricket.

“These players are playing after a long time and I am not giving excuses but it is a matter of time they settle down and give their best.”

The first ODI was washed out on Friday while the third one-dayer will be played in Karachi on Wednesday followed by a three-match T20 series in Lahore. 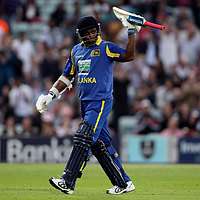 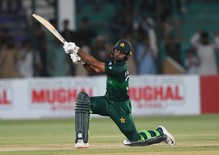