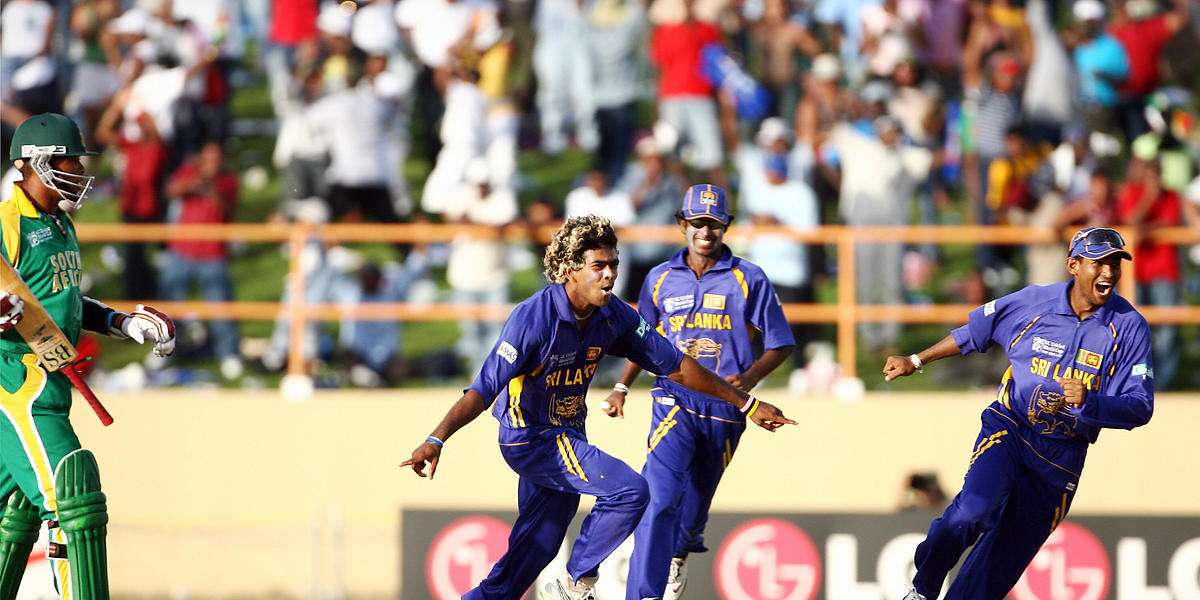 On this day in 2007, Lasith Malinga did the unthinkable as he claimed four wickets in four balls to stun South Afrrica

Lasith Malinga burst onto the international scene as a bowler with an unorthodox slingy action who could nail Yorkers at will and generate pace. But over the years, he improved his skill as a bowler and in 2007, the world would take notice of him for his performance on the biggest stage – the ICC World Cup – for picking up four wickets off four deliveries and nearly taking his team to a victory from the jaws of defeat.

Malinga had played 54 international matches till the eventful World Cup match against South Africa out of which 31 were One-Day Internationals (ODIs). He was in and out of the Sri Lankan team for the first year-and-a-half of his career, but from 2006, he became an integral part of the team especially in ODIs as Sri Lanka already had one eye on the World Cup. With an experienced campaigner like Chaminda Vaas and youngsters like Farveez Maharoof and Nuwan Kulasekara for support in the pace department and with wily off-spinner Muttiah Muralitharan, among others in the squad, Sri Lanka seemed to have a balanced bowling attack.

Sri Lanka topped their group, defeating Bermuda, Bangladesh and India with ease and entered the Super Eights. Their first Super Eight match was against South Africa, who made it to the final eight after defeating Netherlands and Scotland in the group stages, but lost to Australia. 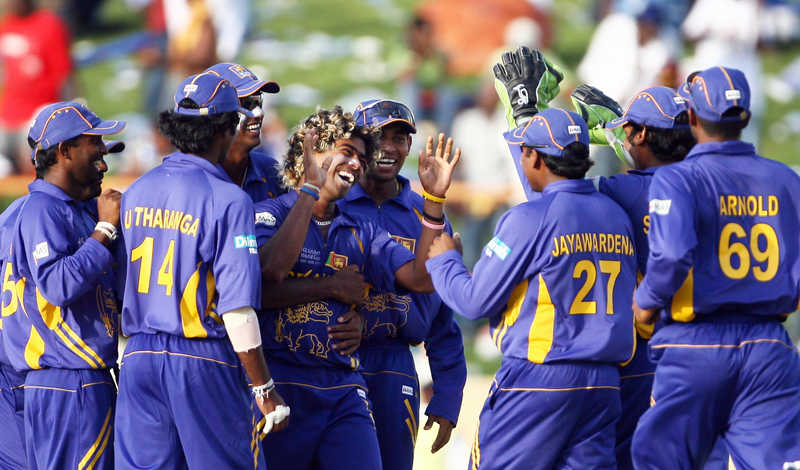 Sri Lanka huffed and puffed to 209 thanks to fifties from Tillakaratne Dilshan (58) and Russell Arnold (50). They were tottering at 98 for 5 before Dilshan and Arnold’s 97-run stand for the sixth wicket gave the Sri Lankan bowlers something to bowl at after Charl Langeveldt picked up a couple of early wickets and came back in the end to dismiss Sri Lanka for a below par score.

For a team consisting of Graeme Smith, Herschelle Gibbs, AB de Villiers and Jacques Kallis, a target of 210 was never going to be any trouble. They were well on course despite losing de Villiers early but Smith and Kallis put on 94 for the second wicket in quick time and it seemed to be just a formality.

Gibbs and Mark Boucher further strengthened the Proteas’ position, but were dismissed in quick succession by Muralitharan to give Sri Lanka a glimmer of hope. Mahela Jayawardene knew that wickets are essential and had positioned himself at slip and the pressure paid off as Sri Lanka managed a couple of quick wickets.

Meanwhile, Kallis had settled in nicely and was the key wicket for Sri Lanka at that point. Although he did not play a flashy innings, Kallis played according to the situation and seemed to be on course to take South Africa to an easy win. 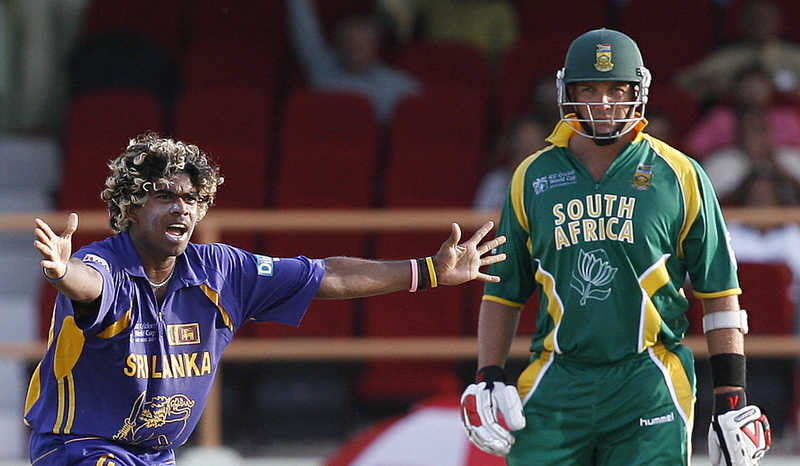 Jayawardene threw the ball to Malinga in the 45th over. He had figures of 0 for 43 from his seven overs. South Africa needed 10 from 36 deliveries with five wickets remaining. Shaun Pollock and Kallis looked in no trouble. Pollock had knocked off six runs off the target in the first four deliveries of the over before a slower ball from Malinga knocked his leg stump over as Pollock went through with his shot a little too early. Andrew Hall perished off the very first delivery as he just about managed to dig out a yorker, which bobbed up to the man at cover. Suddenly, the complexion of the match had changed. South Africa needed three more to win from five overs, with three wickets in hand.

The good news for them was Kallis was still at the crease and would take strike in the next over. However, the all-rounder took a single off the very first ball, leaving tailender Robin Peterson to fend for himself. Vaas got the ball to swing at the start of the innings, but could not get the ball to do much as Peterson played out the remaining five balls successfully.

With two more needed, Malinga continued and found Kallis’ edge for 86 of the very first ball of his over to complete a hat-trick and more importantly, gave Sri Lanka a great chance of winning the game. The chances further increased when the ball crashed into Makhaya Ntini’s stumps off the next ball, making it four in four for Malinga – the first such instance in an ODI.

In a match which South Africa had no business losing, now were just a wicket away from losing and the familiar ‘C word’ would be doing the rounds once again. Little did Langeveldt expect to come out to bat after picking up five wickets with the ball earlier. He was beaten first-up and the cameras panned towards the South African dressing room who looked absolutely stunned. Malinga, on the other hand, was just one delivery away from pulling off a Houdini.

It was a nerve-wracking affair to say the least as Langeveldt successfully negotiated the Malinga over, reducing the margin of victory to just two more runs. Langeveldt played out a maiden over against Vaas next but managed to survive despite getting close to edging the ball on a couple of occasions, where a couple of slip fielders were waiting.

Malinga was back to bowl the penultimate over. After a swing and a miss off the first ball by Peterson, he edged the ball beyond the slip fielders off the next ball and South Africa had finally clawed themselves to a painstaking victory with 10 balls and one wicket to spare. 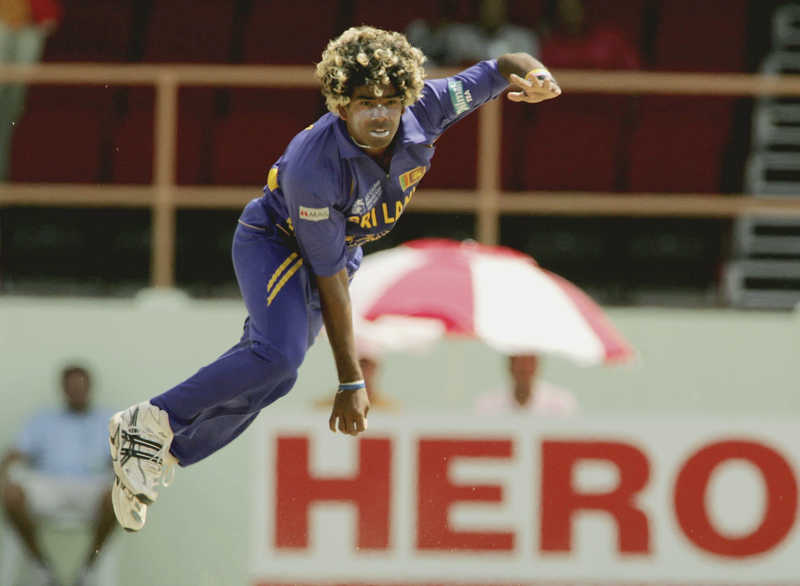 - Sri Lanka and South Africa made it to the semis. While Sri Lanka beat New Zealand to progress to the final, the Proteas suffered a heavy defeat at the hands of Australia.

- Sri Lanka lost the final in a match that was affected by weather and bad light. They would go on to lose the 2011 World Cup final as well – at the hands of India.

- Malinga would go on to pick up two more ODI hat-tricks – against Kenya and Australia – in 2011, making him the only bowler to have three hat-tricks in the 50-over format.

- Malinga picked up four in four once again, this time in a T20I against New Zealand in 2019