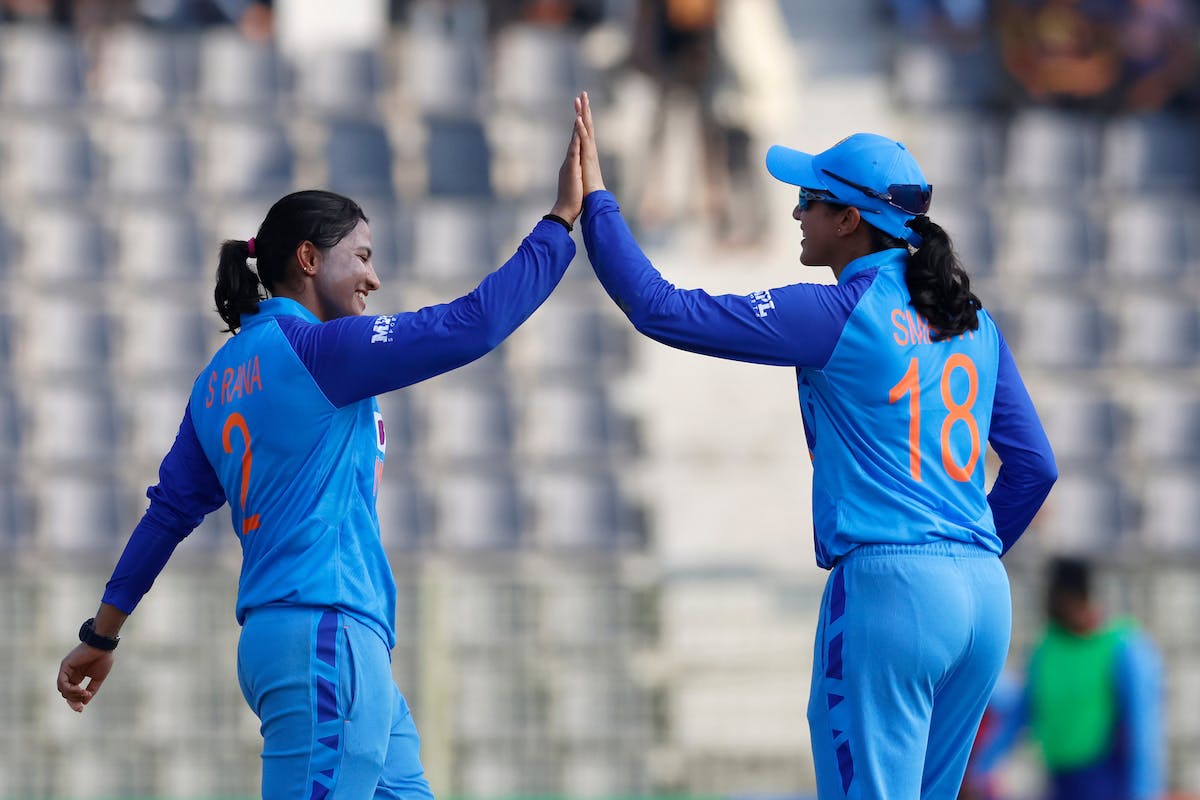 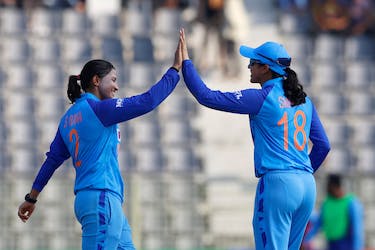 India's stand-in captain Smriti Mandhana expressed her satisfaction at the team's performance in Saturday's 59-run win over Bangladesh in the Women's Asia Cup 2022.

Batting first against the defending champions, India put up 159/5 in 20 overs after being anchored by opener Shafali Verma's 55 off 44 balls and Jemimah Rodrigues' unbeaten 35 off 24 balls.

Mandhana, who led the team in place of Harmanpreet Kaur, contributed with 47 off 38 balls and an opening partnership of 96 with Verma.

"Today it was a whole team performance. Shafali batted well at the start, Jemi did well in the end. I liked Deepti's approach for those five balls," Mandhana said in the post-match presentation.

Chasing a big total at Sylhet, Bangladesh had a slow start and lost wickets in a heap after Sneh Rana dismissed opener Murshida Khatun in the 10th over. Verma picked up 2-10 with her off-spin while Rana (1-17) and Deepti Sharma (2-13) stifled the hosts.

"We were clinical as a bowling unit. We have to keep bowling dot balls and make them make mistakes. It is not easy for pace bowlers on this track to pick wickets. All of them actually bowled really well," Mandhana said.

India came off the back of a shock loss to Pakistan a day before, but were back to winning ways to inch closer to a semifinal spot.

"It was disappointing in the last match the way we played. We came back well. Really proud of the girls," Mandhana said.

Bangladesh captain Nigar Sultana, who was nominated for September's Player of the Month award alongside Mandhana and Harmanpreet Kaur, was the only bright spot for the home team with a 29-ball 36 as they struggled in all departments.

"We didn't bowl well in the powerplay and after. We bowled too many loose balls and they hit well. Even though we couldn't get a lot in our batting powerplay, that (bowling) cost us eventually," Sultana said.