McCullum has no negative bone in his body, adaptability will be key: Karthik 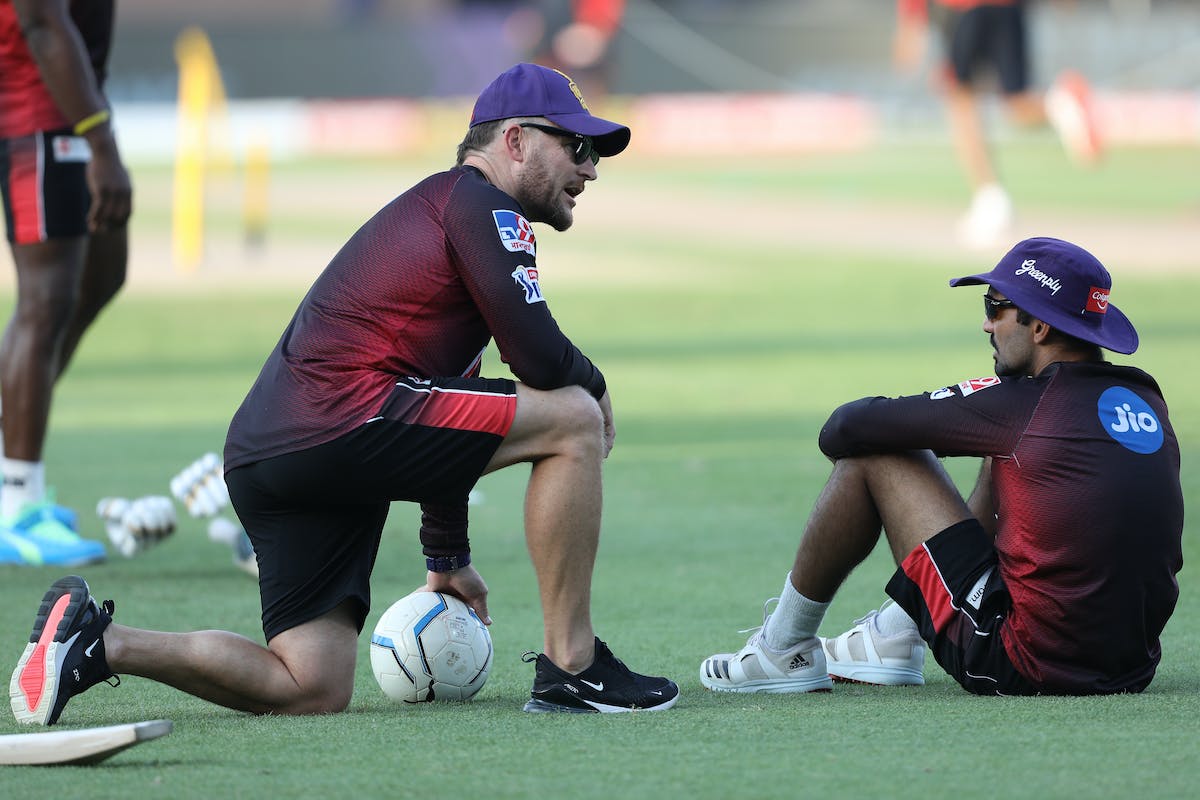 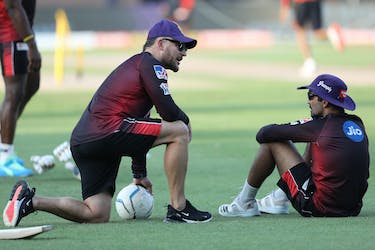 McCullum has no negative bone in his body, adaptability will be key: Karthik

One of the most destructive batters in the modern era, Brendon McCullum, was appointed as the Head Coach of England's Test side on May 12. The former Kiwi captain will take charge of the England side starting with the home series against New Zealand on June 2, subject to obtaining the necessary work visa.

Former Knight Rider and currently plying his trade for the Royal Challengers Bangalore, Dinesh Karthik, who has worked closely with McCullum and feels he has "no negative bone in his body."

However, the wicket-keeper batter feels whether he succeeds in his new job as head coach of the England Test team, to an extent, could depend on how well he adapts to coaching in red-ball cricket after managing T20 franchises.

The 36-year old expects McCullum to bring a positive attitude to the England Test team.

"The one thing I can tell you in the enormous amounts of time I've spent with him is that there is no negative bone in his body," Karthik said in the ICC Review.

"He is somebody who wants to do everything in a positive manner."

"So it's going to be very interesting when Ben Stokes and Brendon McCullum meet up and figure out what's the positive way for England cricket to do things."

While McCullum has been at the helm of the T20s franchise, he is still relatively new in the international circuit, and Karthik believes he will have to adapt to the role.

"I think there will be certain things that will be definitely new to Brendon McCullum," he said.

"There is no doubt about it. Even though he has done his coaching bit for Kolkata Knight Riders and for Trinbago Knight Riders, I think red-ball cricket is a completely different kettle of fish."

England enters a new era in the red-ball format with Ben Stokes as the new captain and McCullum as the coach, hoping to erase the memories of their 4-0 Ashes drubbing Down Under.

"I think McCullum wants to take this up because he sees this as a major challenge."

"A team that has obviously not done really well in the last two years. A bit in the dumps but to try and resurrect and try and take them to the pinnacle of Test cricket, which is what they are aiming to do."

During his stint as the New Zealand captain, McCullum was widely credited with improving the culture of the team. This led to an improvement in results, culminating in some famous victories.

Karthik believes the atmosphere around the team would be a "relaxed" one with McCullum around.

"He emphasizes a lot on it like a young kid who likes to play all the sports possible and gets very physical as well. He is a very strong man, there is no doubt about it. Sometimes even too strong for the current cricketers today. It will be a very relaxed dressing room, a very chill dressing room.

"It'll be very interesting how the youngsters are able to draw energy from that and make sure they are doing all things right to take English cricket forward."

With the T20 World Cup and the fifty-over World Cup set to take place in the coming year, McCullum will have his task cut out in managing the workload of the players.

"I think to find out how much of a priority is it for ECB to play red-ball cricket because there are so many white-ball tournaments coming up, where is Test cricket placed right now in terms of availability of the players so that he can move the team forward, " Karthik said on McCullum's first task.

"The English cricket team have a few players that overlap between white-ball and red-ball cricket, and it can get hard to play both formats throughout the summer. So sometimes, you have to give up on a format for a certain time so that you can focus on a major tournament or Test series that is going to come up.

"So the priority on which player and how many good players is he going to get to play Test cricket is something he has to figure out with the administrators," he concluded.