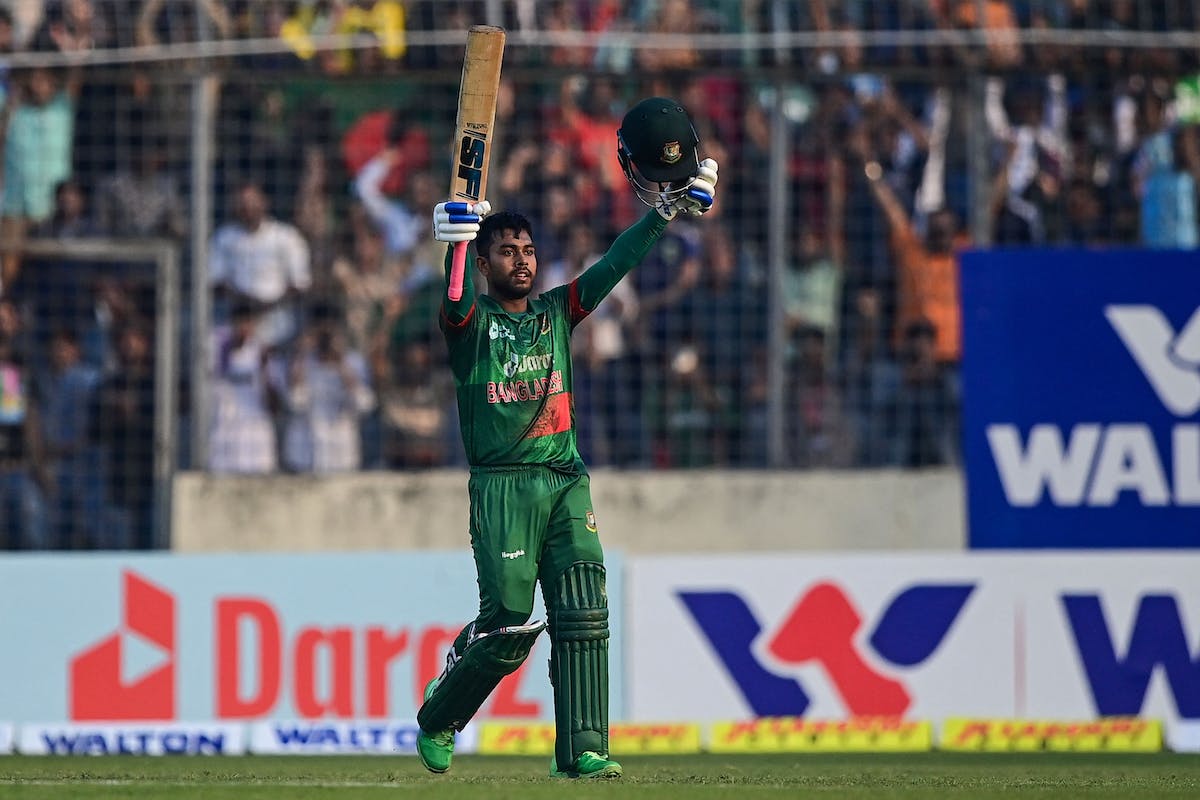 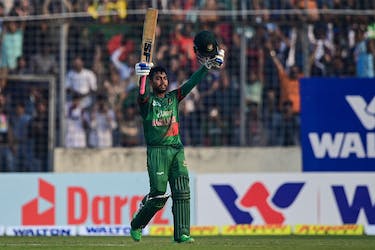 “I kept telling myself I can do this,” said Mehidy Hasan after ushering Bangladesh over the line in the first ODI against India. 50 runs away. Only one wicket in hand. Mehidy forged a match-winning partnership with Mustafizur Rahman, the number 11. The 25-year old’s unbeaten 38 off 39 balls in a low-scoring game was the differentiator between the two sides.

In the second ODI on Wednesday (December 7), Mehidy walked in to bat with the side in a similar kind of dire straits. In fact, one can argue that at 69/6, the situation was trickier than it was in the first ODI.

It may sound absurd but just think about it. On Sunday (December 4), there was a target in vision. 50 runs more. 40 more. 30… 20… 10 and so on. The opposition also starts making mistakes as the runs start coming. Moreover, he had nothing to lose from his personal perspective. 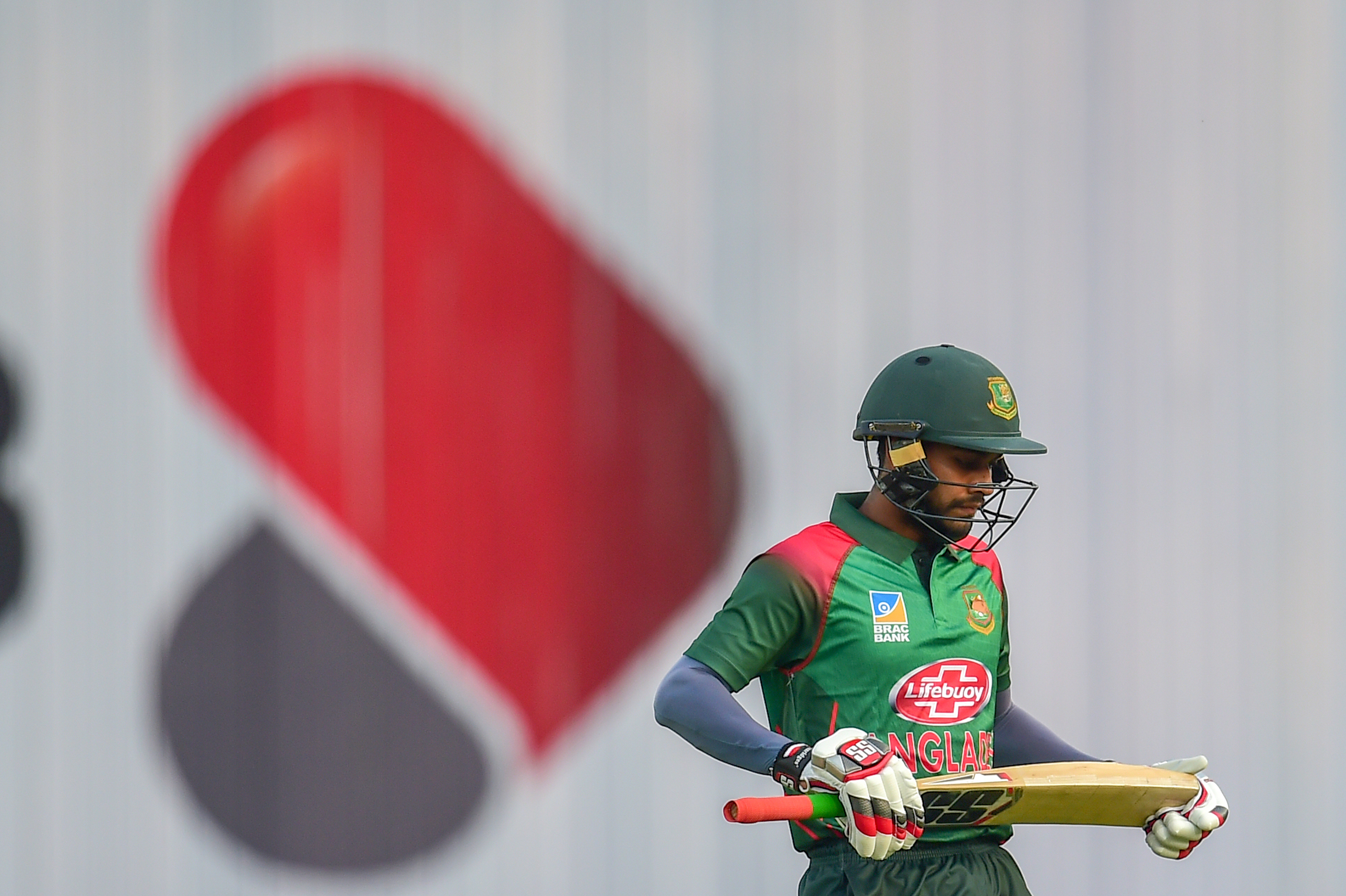 While that holds true for Wednesday as well, there is a sense of uncertainty while batting first. Even more so at 69/6. There is no target in place and thus, no relief about the lowering deficit. ‘As many as possible’, you think but you never know how many will be enough. The finish line is far far away.

"We never had a target in mind. We lost six wickets. So how many could we score? We tried to take one ball at a time and build a small partnership and not think about setting a target. We tried to play to the situation,” said the all-rounder after his career best score.

Mehidy tackled the situation in such an expert manner, you would wonder what is he doing batting at number eight. He had Mahmudullah at the other end, a specialist batter and a senior player. Yet, it was this number eight who released the pressure. At the 30-over mark, he was 31 off 31 balls while Mahmudullah was 26 off 37. When the duo brought up the 50-run stand in the previous over, Mehidy was the senior contributor. His run-a-ball start absorbed all the pressure before India could realize the game is slipping away.

The duo stuck together for 27 overs, adding 148 runs for the seventh wicket - a Bangladesh record for any wicket against India. He added another 54 runs with Nasum Ahmed. Bangladesh recovered from 69/6 to a match-winning total of 274/7. Mehidy Hasan played the protagonist in the recovery, shaping only the second instance of a number eight scoring an ODI ton.

Mehidy’s rise as a batter has been a blessing to Bangladesh’s fortunes this year. They have had three 50-plus stands for the seventh wicket this year when they were six down for less than 100. Mehidy has been part of all three of them, scoring 81* vs Afghanistan, 38 vs South Africa and 100* vs India. He also scored 47 with the bat in Bangladesh’s most famous Test win of the year - the 8-wicket win in Mount Maunganui.

The 81* against Afghanistan came in Bangladesh’s first ODI of the year. Chasing 215, they were 45/6 when Mehidy joined hands with Afif Hossain to forge an unbeaten 174-run stand. 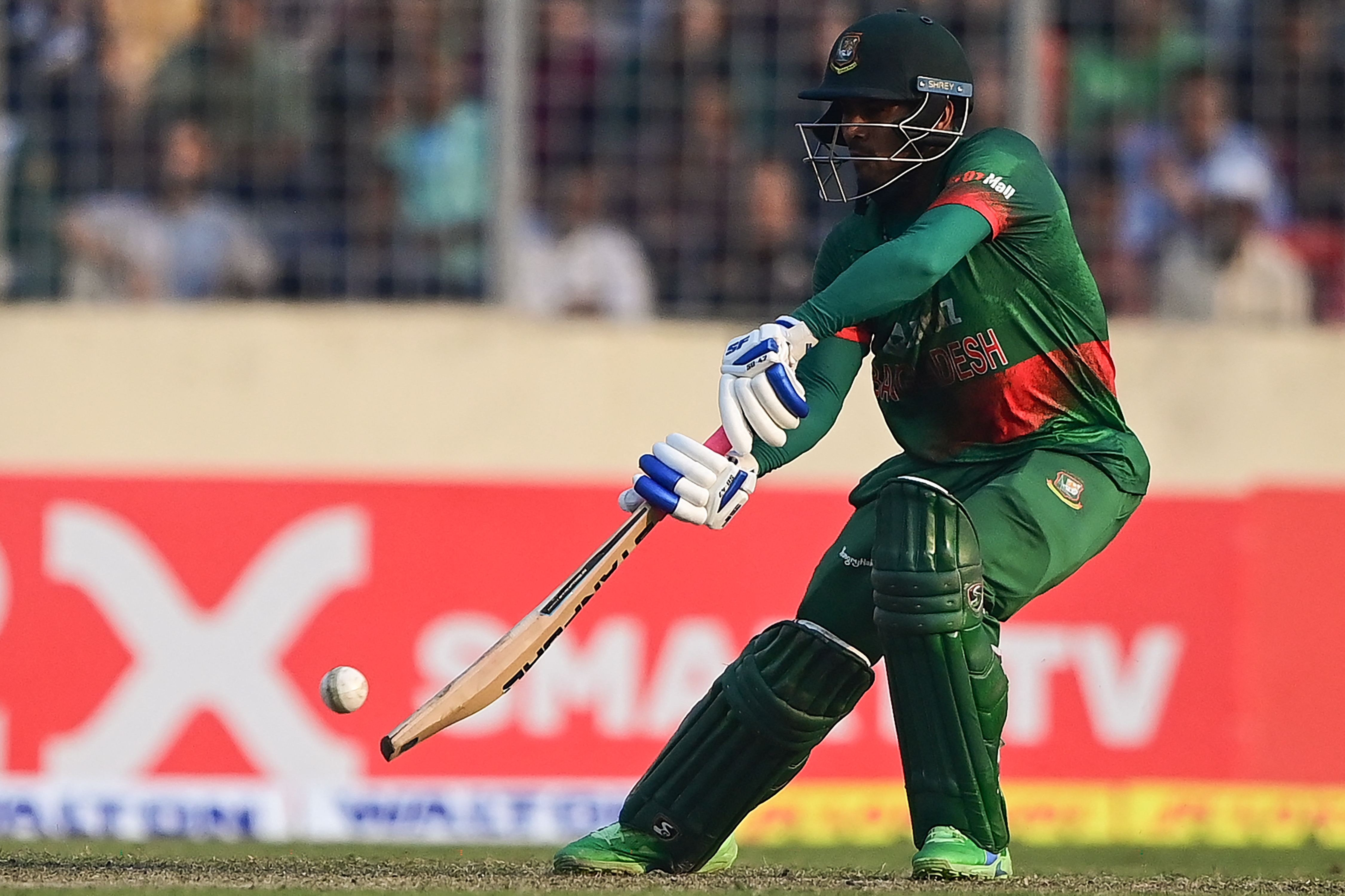 At the start of this year, Mehidy averaged only 15.2 with the bat in 52 ODIs. Though he batted mostly down the order, he was under-delivering with the bat. Coming through the grassroots levels, the right-hander grew up as a middle-order batter for Bangladesh’s various age-group sides. In April 2013, he scored 105 in a four-day game against Sri Lanka U19s at the Sher-E-Bangla Stadium. It is the same venue where he brought up his maiden ODI hundred on Wednesday.

This year, Mehidy is materializing the batting potential he once promised. 38 batters from the top 10 ODI nations have scored over 300 runs this year. Mehidy has the second highest average - 81.2.

Before the start of this series, Mehidy averaged 47.3 in 2022 ODIs. That average shot up to 56.8 on Sunday and now sits at a number next to only Babar Azam.

Let that sink in.

And he has shown a marked improvement in his game spin in this series. In 2022, before this series, Mehidy had a strike-rate of only 58.9 versus spin. This series, he has soared it up to 100 (sample size 43 balls). This smoothness in countering spinners was vital in his 100* off 83 balls.

You just need to see the last ball of the 26th over. On a delivery only slightly outside the off stump, Mehidy played a late cut past slip for four runs. It was the most crafty stroke for that ball, played with accurate timing and precision in finding the gap. It was the shot of a batter to whom batting comes spontaneously, during this purple patch at least. 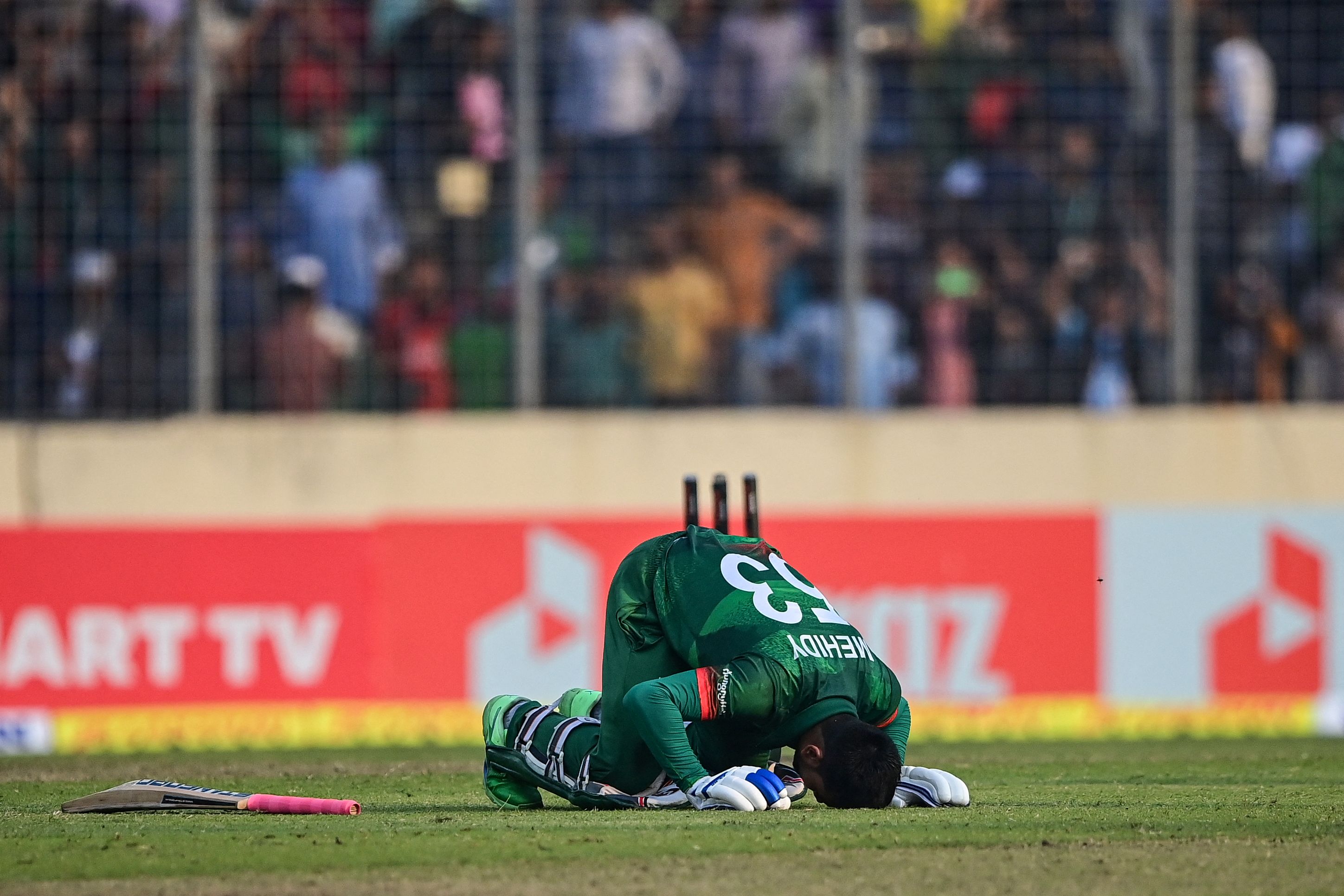 And the same reflects in his words during the post-match press conference. It was Mehidy who suggested taking the game deep. Simultaneously, he also calmed down the senior player with him.

"I liked that he [Mahmudullah] respected me even though he is the senior player. He listened to me when I pointed out that he was panicking. I told him not to attack at times and to take the game deeper,” Mehidy revealed post match.

Bet Shakib Al Hasan would have liked a batting partner like him. St(r)uck in a rut, Shakib opted to hit his way out of the pressure but fell for an unpleasant 8 off 20 balls. Mehidy mustered 23 runs off his last seven balls to reach his ton. The well-deserved hundred is a hallmark of his brilliance with the bat this year.

"I never believed that I could get the hundred. I was playing for the team, had the flow and it happened by Allah's grace,” Mehidy spoke further.

His rise puts him in the category of a rare breed of spinners - those who can contribute heavily with the bat. The likes of Shadab Khan, Rashid Khan and Wanindu Hasaranga have showcased the importance of a frontline spinner who can create an impact with the bat. Unlike them, Mehidy is a finger spinner but blends in perfectly with the Bangladesh setup.

His batting is clearly something Bangladesh want to explore more. In six T20Is this year, Mehidy has played five opening the innings. 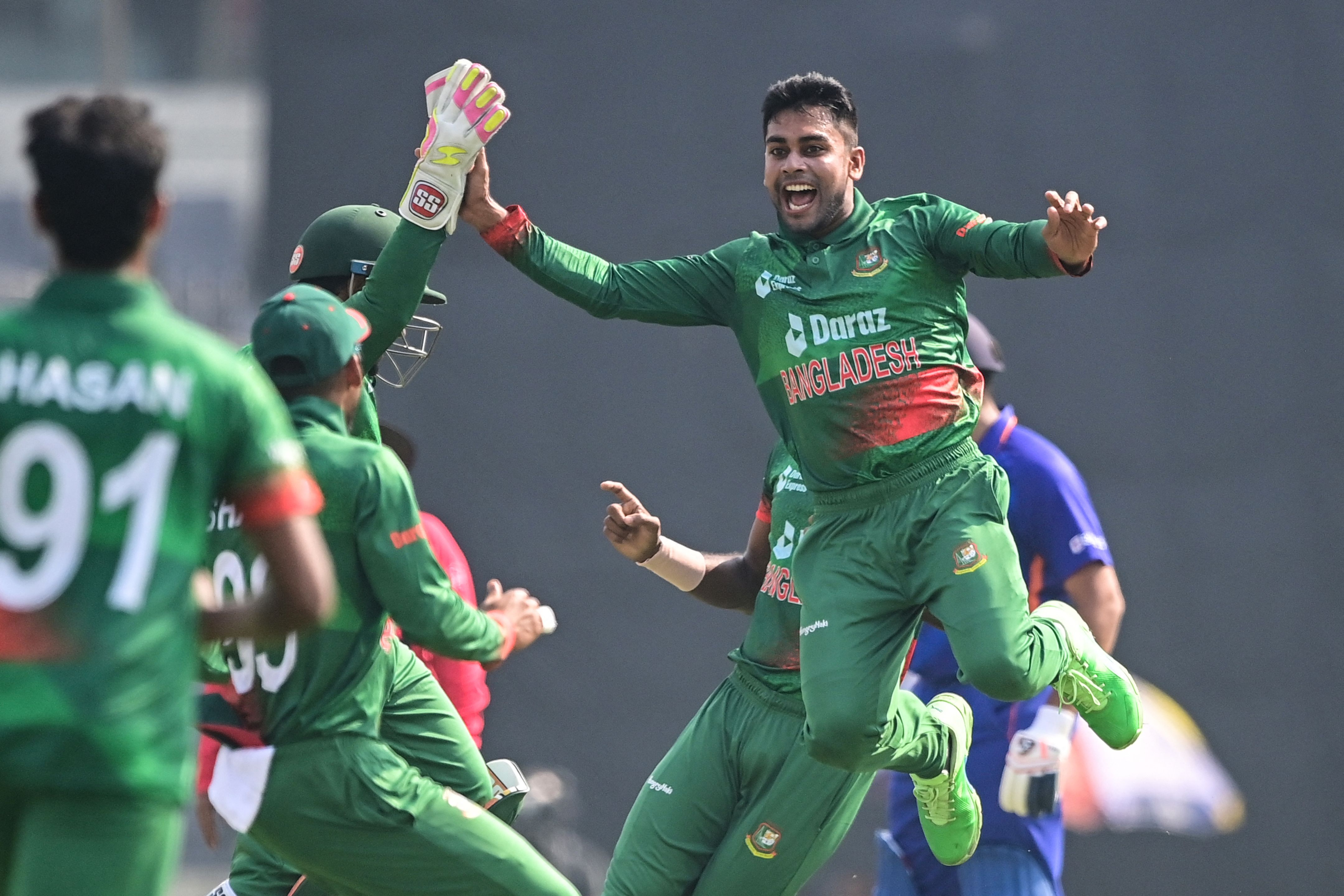 And the most impressive thing about this leap: his bowling remains unaffected by his batting upsurge. There are plenty of examples of all-rounders excelling in one facet but at the cost of their primary skill. Alongside scoring all these runs, Mehidy is also Bangladesh’s highest wicket-taker this year - 23 wickets at 26.1 runs apiece.

The difference between his batting and bowling average is 55.6. It is a huge number, showcasing his quality as an all-rounder. Mehidy Hasan is slowly turning himself into a luxury that not many teams possess, and an asset that Bangladesh have easily at their disposal.