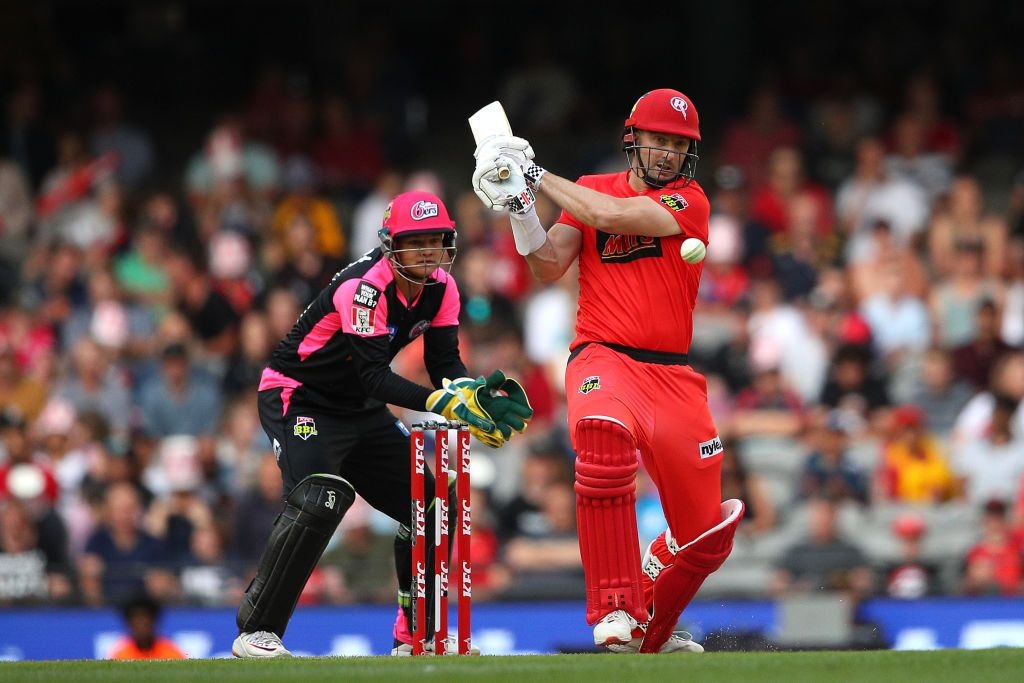 Here are a few tips that might help you in creating your fantasy team for Match No. 6 between Melbourne Renegades and Sydney Sixers

Sydney Sixers and Melbourne Renegades will lock horns in Match 6 of the Big Bash League (BBL) 2020/21 in Hobart’s Bellerive Oval, on Sunday (December 13). The Renegades fetched all four points in their season opener while the Sixers had to stay content with the Bash Boost point. These are contrasting scenarios from where the two teams ended in the points table last season. The Sixers won the trophy whereas Renegades held the wooden spoon.

Overall, Sixers have held the edge over the Renegades, beating them seven times in 12 contests. They will hope to pile on their winning record and get off the mark in the ‘W’ column on the points table.

Don’t be fooled by Perth Scorchers’ poor batting show on Saturday (December 12). Bellerive Oval has been one of the batting tracks in BBL, with a run-rate of 8.4 runs per over since 2019 - joint second best amongst nine venues which have hosted more than five BBL games. The season opener was an indicator of Bellerive Oval’s bias towards the batsmen when Hobart Hurricanes sailed to 179 despite losing both their openers for naught. Therefore, top-order batsmen from both sides should be picked.

Also, the first of the double-headers - between Hobart Hurricanes and Adelaide Strikers - will be played at the same venue and can give some idea about what kind of pitch can be expected for the game.

Spinners here have picked an average of two wickets per innings since 2019, albeit at 23.5 balls per wicket, the second worst amongst all BBL venues with the aforementioned cut-off. In the two matches this season, the spinners have picked only 16 percent of the wickets. Hence, pacers would be more reliable for this fixture. 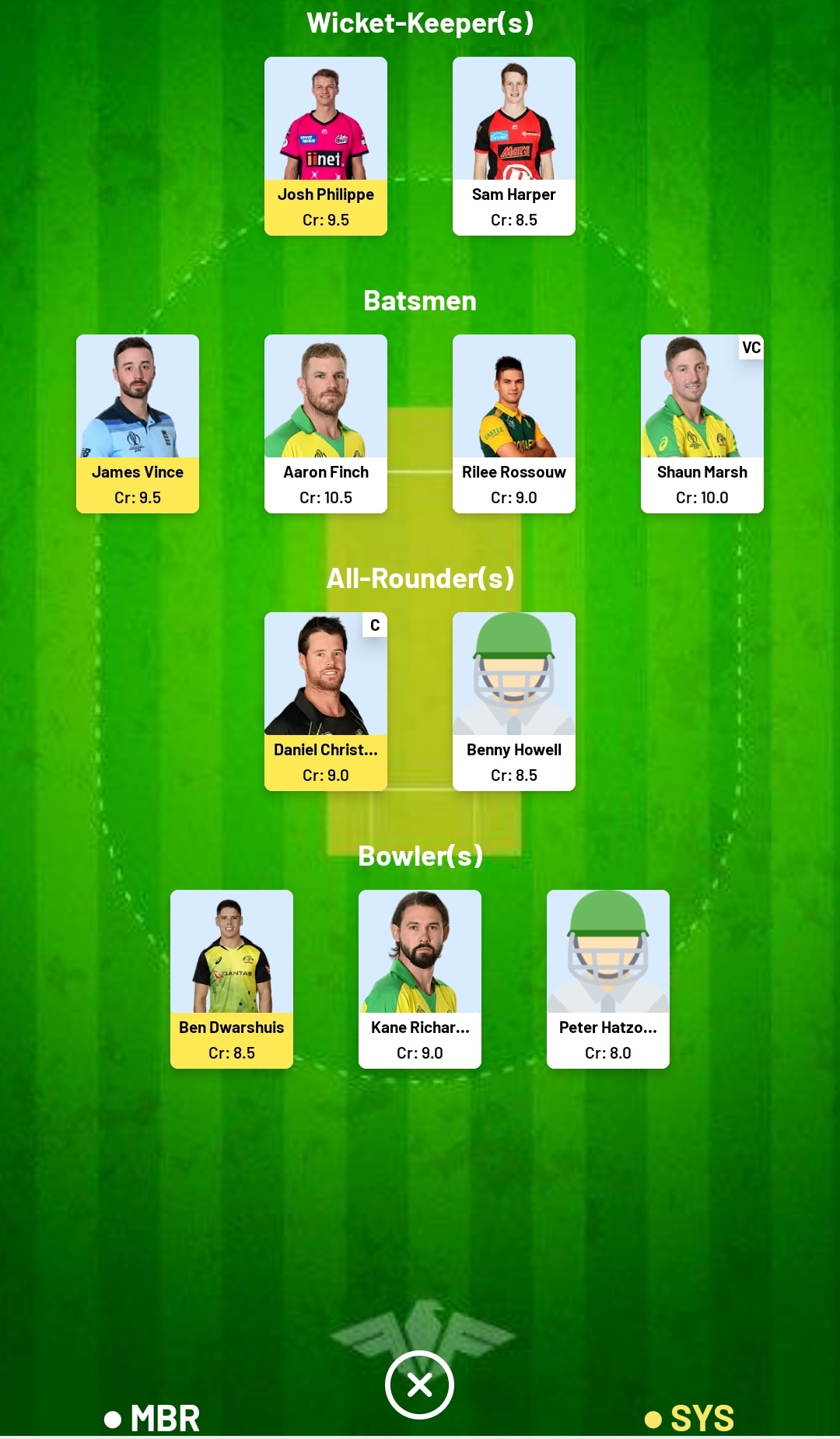 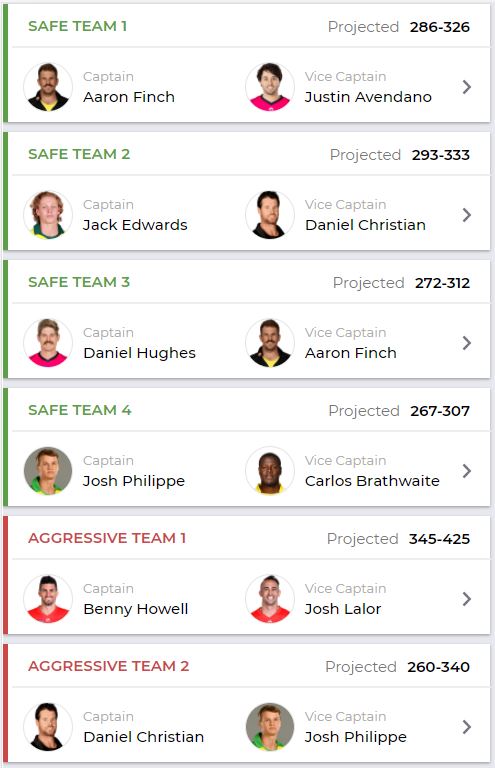 The prime allrounder in the side, Daniel Christian bowled in the death in Sixers’ opening game which brought him three wickets. He is also listed to bat six, as the aggressor in a team of accumulators. Christian has carved a fine career for himself playing the dual role in T20 leagues around the world and pose himself as an excellent option to double your points in Fantasy leagues.

Our Criclytics player projector predicts Christian could score 9-26 runs and pick up 0-1 wickets in this match.

Sam Harper was a surprise package for the Renegades last season. Often giving them quick starts, he scored at 144.6 while averaging 25.4. Slotted to bat at three this season, Harper is excellent against slow bowling, which the Sixers have to offer in abundance. Plus, he is the wicketkeeper in the side which offers more opportunities for him to earn points for your fantasy side.

Our Criclytics player projector predicts Harper could score 12-35 runs in this match.

Shaun Marsh came into the ongoing BBL season with a rich vein of form. He scored three first-class hundreds in the currently active Sheffield Shield season and continued his fine form with a fifty against the Scorchers. Assigned to open, Marsh’s role is to bat through while letting the other around him - Aaron Finch and Harper - do the quick scoring which further allows him to keep adding to his run tally.

Our Criclytics player projector predicts Marsh could score 17-40 runs in this match.

Josh Philippe was one of the stars as Sixers clinched their second title last season. While he had a mini-slump in the middle of the tournament, he ended with 487 runs at an average of 37.5 and strike rate of 129.9. During the last four matches of the season, he scored three 50+ scores and 30+ in each of those innings. His run tally took him to the Australian squad, though he is yet to make his international debut. Philippe had a false start to the season, getting out for 1 against the Hurricane and will be keen to get back amongst runs.

Our Criclytics player projector predicts Philippe could score 17-37 runs in this match.