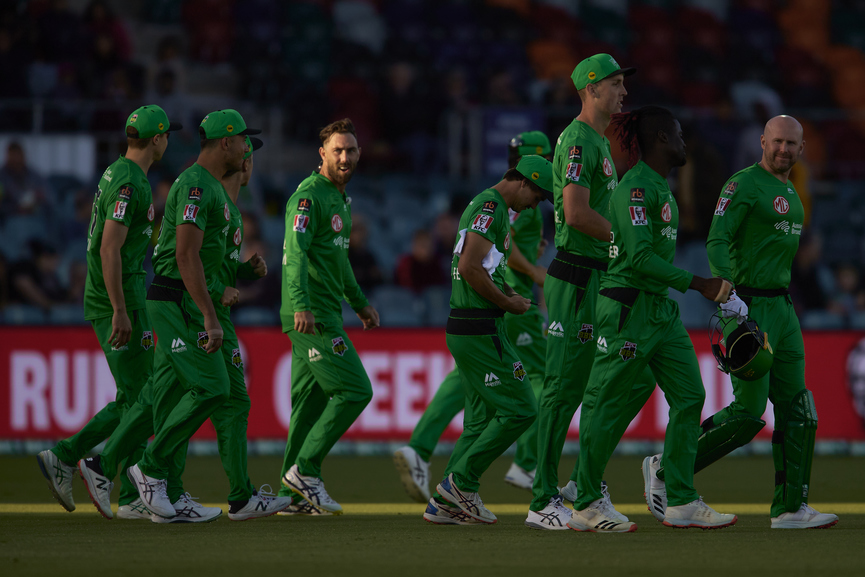 Here are a few tips and suggestions that might help you in creating your fantasy team for the 27th match of BBL 2020-21 between Hobart Hurricanes and Melbourne Stars at the Bellerive Oval, Hobart

Hobart Hurricanes take on Melbourne Stars in Match 27 of the Big Bash League (BBL) 2020-21 at Bellerive Oval, Hobart. In the previous match between these two sides, the Hurricanes enjoyed a 21-run win and as a result, had won two games on the bounce. The Melbourne Stars, on the other hand, started off well in the first two matches, but found themselves in the wrong end of the results and have not won any of their last four matches.

Stars have an excellent record against the Hurricanes, having won nine out of their 14 previous meetings. In the last five games, it is the Stars who have a slender 3-2 lead. 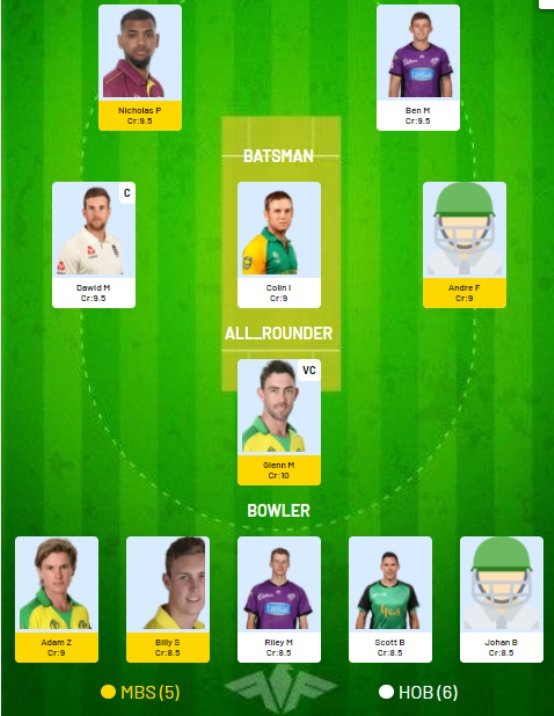 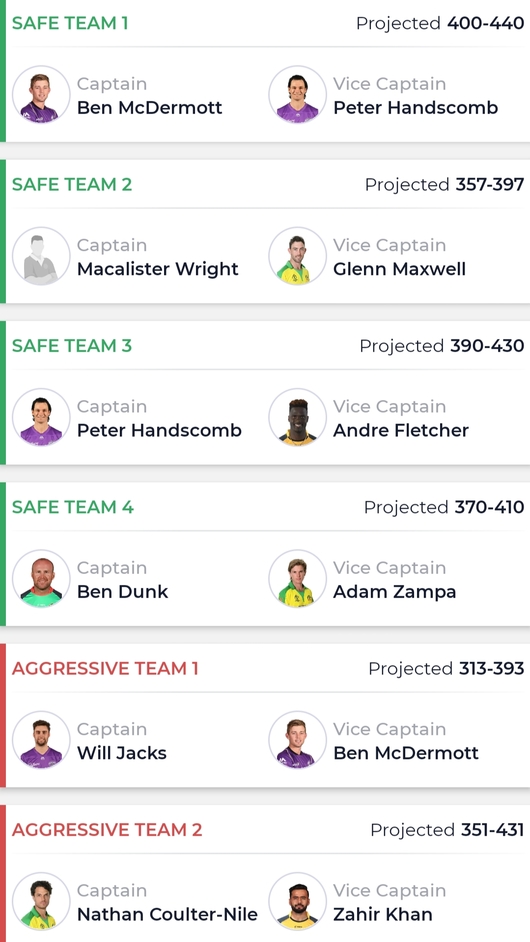 Seven matches have been played at the Bellerive Oval so far and this will be the final match of the season here. A wicket falling every 22.8 runs and 16.7 balls apart to go with an economy rate of 8.1

Like most of the venues this tournament, the pacers have ruled the roost, but the spinners have been the more economical ones. The pacers have picked up a wicket every 16.7 deliveries and 22.8 runs. The corresponding numbers for the spinners are 23.5 and 30.9 respectively.

While it is advisable to stock your team with pacers, one or two quality spinners in your side will not hurt. Both Stars and Hurricanes have plenty of quality tweakers to pick from. 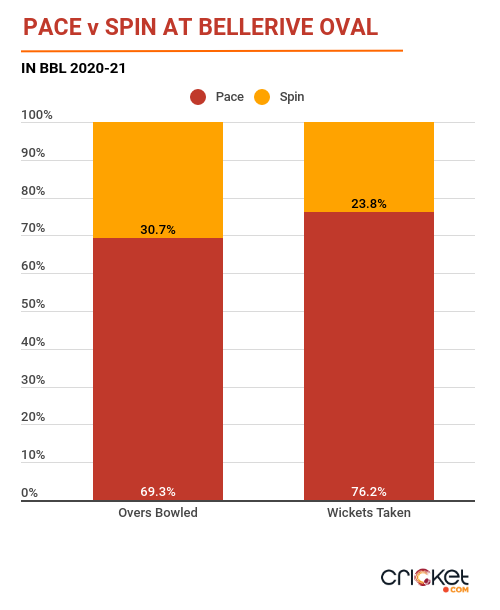 In the seven matches at the venue so far, the team batting first have scored 169 runs on on average, while the team chasing has managed 137. Hence, winning the toss and batting should ideally be the way to go in this match.

Glenn Maxwell has dismissed D’Arcy Short thrice in five innings, which includes the last two occasions the two teams have met. With the left-hander right in the beginning for the innings, Maxwell might be tempted to bring himself on again when Short is at the crease. Short has scored at a strike-rate of 159.3 against Maxwell, but the southpaw has scored at an average only 14.3. Incidentally, Short has dismissed Maxwell twice as well.

Marcus Stoinis' scratchy form this season could continue, if fast bowler Riley Meredith brings his best once again in this game. He was quick in the previous game and that brought the downfall of Stoinis for 12. In the three innings these two have faced each other, Stoinis has managed to score just 18 from the 15 deliveries he has faced.

Dawid Malan has scored three fifties from his last five T20 innings, which includes a sensible 75 off 56 in the previous game against Stars. The No. 1 T20I batsman is without a shadow of a doubt a vital cog in the Hurricanes’ batting line-up and he will back himself to deliver once again here. In 24 T20 innings since 2020, Malan has scored 760 runs with a strike-rate of 131.9, which includes seven 50-plus scores.

Till Glenn Maxwell was at the crease, it looked like the Stars could pull off a win, but after he was dismissed for 37-ball 70, things went haywire for his team, who eventually fell short by 21 runs. However, that does not change the fact that Maxwell has been a consistent performer in the BBL this season. He has scored two fifties in his last three innings and could spring in some magic with the ball as well.

Our Criclytics player projector predicts Maxwell could score 13-30 runs and pick up 0-1 wickets in this match.

With eight wickets in his last five matches, including a player of the match winning performance against Stars in the previous game, Scott Boland could fetch you some handy points. A versatile bowler, who can pick up early wickets and also at the death, Boland has been in terrific form this season, having picked up nine wickets at 20.11 at an economy rate of 6.87.

Our Criclytics player projector predicts Boland could pick up 1-2 wickets in this match.

Billy Stanlake proved that he is a valuable asset to the Stars with his figures of 3 for 25 in the previous game against the Hurricanes. He has picked up eight wickets in his last four matches and this season, he has picked up a wicket every 15 deliveries at an economy rate of 8.05.

Our Criclytics player projector predicts Stanlake could pick up 0-1 wickets in this match.