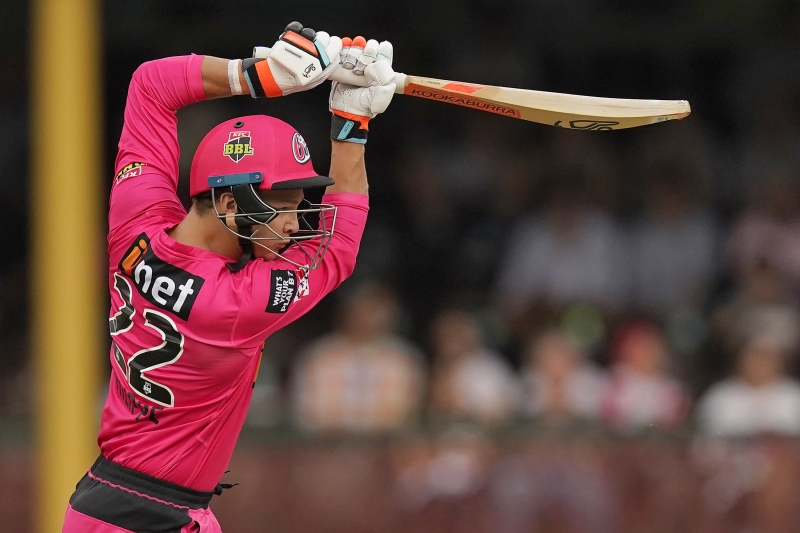 After 47 days of fascinating cricket, it all comes down to the last league match of Big Bash League 10. Sydney Sixers have already confirmed a spot in the top two. As for their opponents, Melbourne Stars need a win at any cost to keep hopes of qualifying. Also, the Stars are dependent on the results of the first two matches to go their way. Whatever the outcome may be, it is only valid if the Stars win and win with a Bash Boost point.

The reverse fixture was one heck of a nail-biter at the Carrara Oval. Chasing 194, Sixers skipper Daniel Hughes put on a spirited effort and scored 96 off 51 balls. However, with loads of twists and turns, Sixers won by one wicket with a ball to spare. 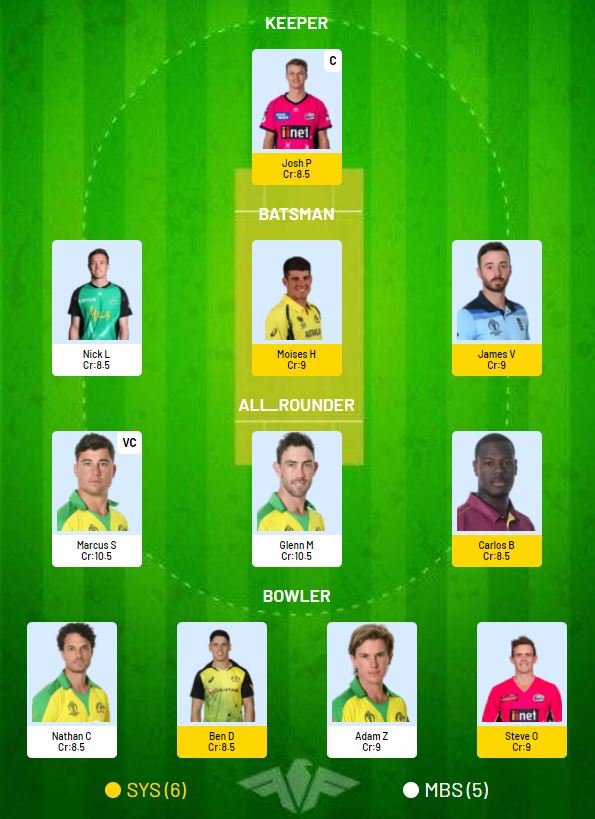 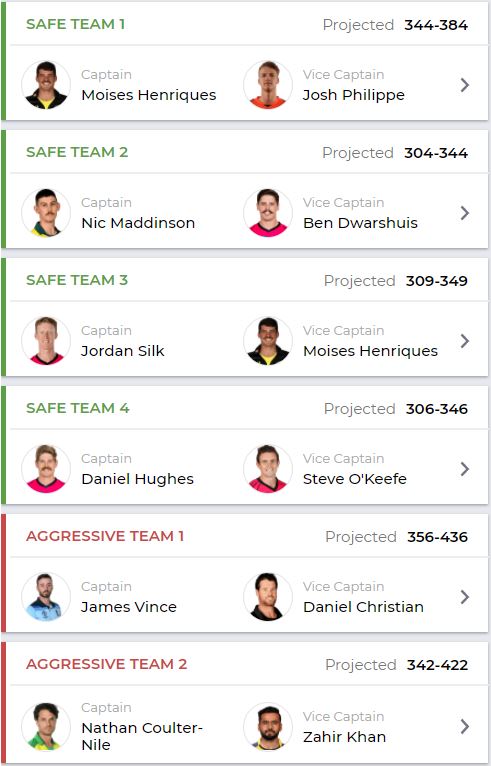 In the last league match, Melbourne Cricket Ground will be hosting its sixth match of the season and so far, it has been a good surface to bat on. On an average, 175 runs have been scored in the first innings which is the joint-highest at a venue this season. Out of the four matches played, three have been won by the teams batting first.

At the MCG this season, there hasn’t been much of a difference between the pacers and the spinners when it comes to overs bowled. Pacers have bowled 59% of the overs as compared to 41% by spinners. In any case, pacers have bagged a larger chunk of the wickets (60.4%). Economically, spinners have been better with 7.4 as compared to 8.6 for the pacers.

Both teams possess a good set of all-rounders, which is why we have gone with a combination of four batsmen including the wicketkeeper, three all-rounders, and four bowlers.

Among bowler-types, leg-spinners have been the most effective ones when it comes to providing breakthroughs with a balls/dismissal ratio of 12.6 this season at the MCG. Hence, Adam Zampa seems like a good option.

Josh Philippe has had a sensational season so far and is one of the must-have batsmen. Moises Henriques, Jordan Silk, James Vince, Nick Larkin, Daniel Hughes and Hilton Cartwright are a few other choices. Marcus Stoinis, Glenn Maxwell and Carlos Brathwaite are our first-choice all-rounders. 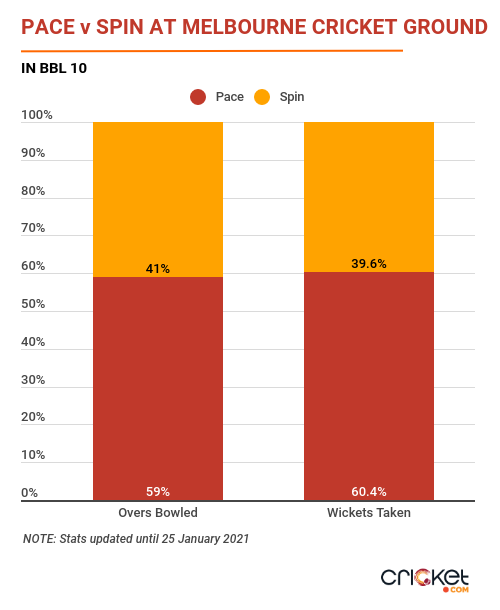 There could be few Interesting match-ups

Marcus Stoinis against Steve O'Keefe is certainly one of those interesting match-ups. O'Keefe tends to open the bowling and Stoinis has had his troubles against the left-arm orthodox spinner. In four innings, O'Keefe has had the better of him once and Stoinis has struggled to score runs at a brisk pace. A batting strike rate of 103.8 is evidence of that.

James Vince against Adam Zampa is also a contest that should be interesting. Although Zampa has had the wood on most batsmen, Vince has been one of those who has enjoyed batting against the ace leggie. In 19 balls faced, Vince has a batting strike rate of 184.2 without being dismissed.

There is a reason why Josh Philippe wasn’t released from the Royal Challengers Bangalore and 453 runs in this season's BBL is the vindication. The more impressive part is that he has been consistent and has continued from where he had left off in the last season. 487 runs in the 2019-20 season and 453 in 2020-21 shows his promise. He is the second-highest run-scorer this season and that's why he is the captain of our fantasy team.

Adam Zampa has been one of the Stars' most consistent performers across seasons. This season as well, he has been excellent with 19 wickets, the highest among Stars' bowlers. There is a natural advantage with the ground helping leg-spin a bit, but Zampa has an impressive balls/dismissal ratio irrespective of conditions. Among spinners who have 10+ wickets this season, his bowling strike rate is the third-best.

Our Criclytics player projector predicts Zampa could take 1-2 wickets in this match.

It has been a season that has blown hot and cold for Marcus Stoinis. Although he has scored 384 runs, the highest for the Stars, he would have been happier with more. Still, the big man isn’t to be disregarded, especially with the kind of record he has against the Sixers in the BBL. In seven innings, the opener has 250+ runs at a strike rate of 167, his personal highest against an opponent. His lone century in the BBL also came against the Sixers.

This season hasn’t gone the way Stars skipper Glenn Maxwell would've liked, but they are not out of contention yet. Maxwell has scored 313 runs this season and has bagged seven wickets. In most matches, he has opened the bowling and tasted early success. However, more than the current season, his record against the Sixers is something that would lighten his eyes. The 506 runs scored by Maxwell against the Sixers is the most by a batsman in the BBL.

Our Criclytics player projector predicts Maxwell could score 10-27 runs and could take 0-1 wickets in this match. 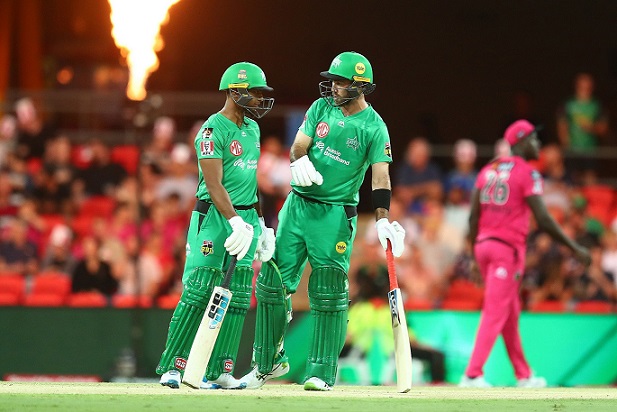 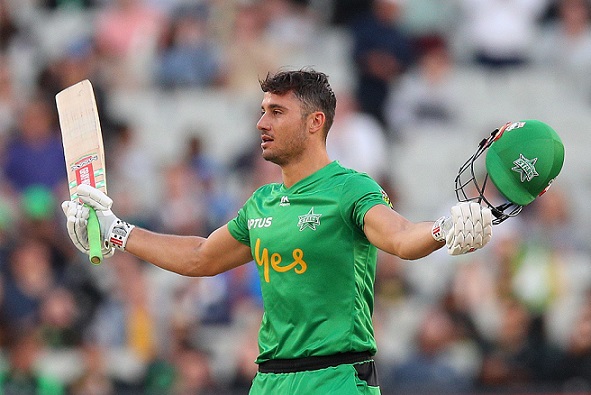