Mental strain from leading India could have taken a toll on Rohit Sharma: Graeme Smith 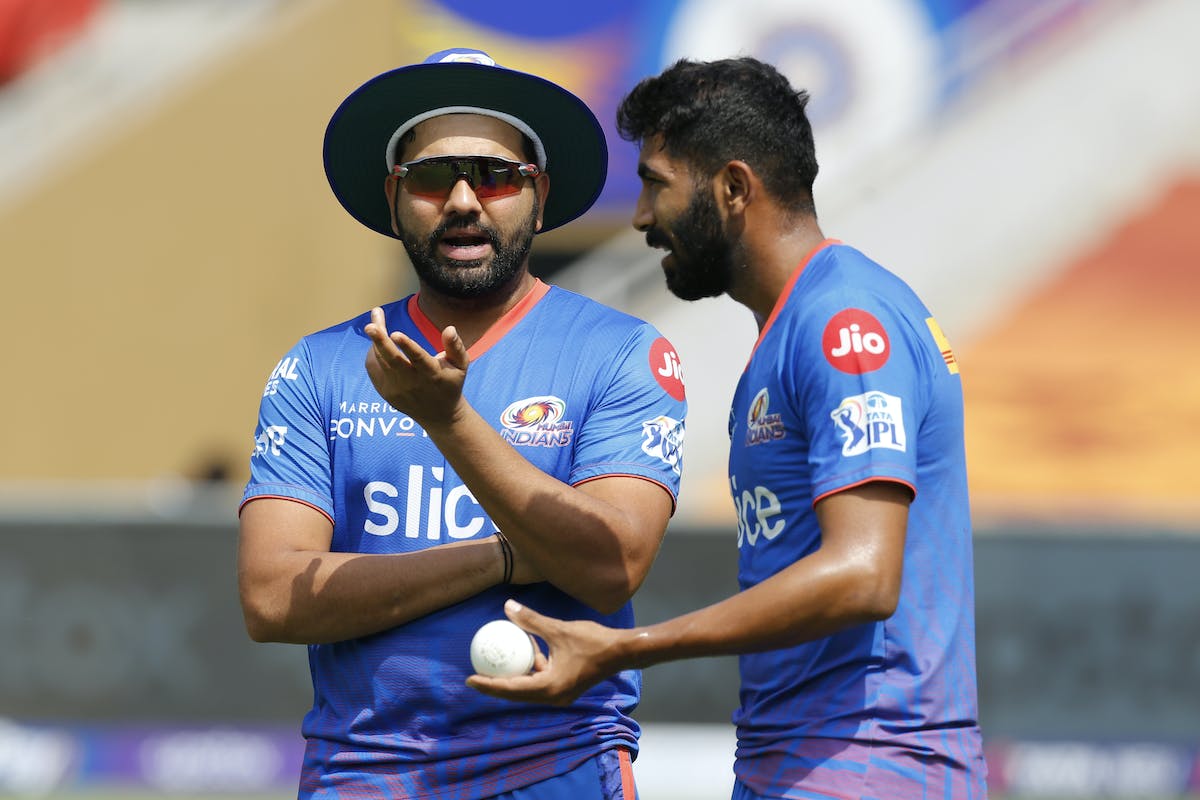 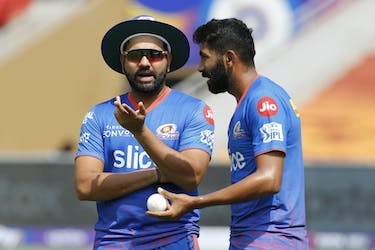 Mental strain from leading India could have taken a toll on Rohit Sharma: Graeme Smith

Four games into the Indian Premier League (IPL) 2022, five-time champions Mumbai Indians (MI) are still searching for their first win of the season. Chennai Super Kings (CSK) ended their drought of four losses with a convincing win over Royal Challengers Bangalore (RCB) on Tuesday (April 12) and MI will be itching to do the same when they take on Punjab Kings (PBKS) next in Pune.

MI skipper Rohit Sharma has not been at his best with the bat or with his leadership this season and former South Africa captain questions if it has to do with him leading India across formats.

"He's just such a key player. If you look at the line-u,  Rohit, an outstanding player, hasn't found form," Smith said on Cricket.com.

You've got Ishan Kishan, Suryakumar Yadav injured for a couple of games. He has now come in and is looking good and then Pollard as the power finisher. You've got Brevis there but he's a young man. That's a very strong batting line-up.

"Rohit is the energy at the top of the order. Gets them off to a start, sets up the game that allows everyone else to play. When he is scoring runs MI are going to win a lot of the time.

"This is the first tournament he is captaining MI since becoming India's white-ball captain. Does that mental strain take a toll in the IPL? It's something to consider."

Speaking on Rohit's counterpart Mayank Agarwal, Smith reckons he has to find a balance between being captain and a batter.

"They have got to find a way to free him up. Part of opening the batting and captaincy is to find a routine to do both. You can finish 20 overs in the field and you've go in a straightaway pad up," Smith said.

"Whatever has happened, the bad decisions, the bad last over or a dropped catch, you've got to get that out of the way and now focus on the batting. So, he's got to find a routine of dealing with both aspects. Separate the leadership and focus on his batting.

"In the build-up to the games, he'll be spending a lot of time in meetings, in tactical conversations, who needs to play. Now he is going to find a way to deal with it. And then there's pressure.

"He has got to find a way to cope with the pressure that it doesn't affect his natural game because Punjab need him at the top of the order. Like Rohit, he's their kick-starter, match-winner. So, he is got to take all those concoctions and find methods to deal with them so that he can perform."

Smith has also called for Punjab's batters to show a little more consistency. He reckons one of the top four will have to bat deep into the innings for the team to churn out results in their favour.

"If you look at them, it's a powerful top four. Agarwal, Dhawan, Livingstone, Bairstow - that's a good top four. Maybe there hasn't been consistency below that," the former South Africa skipper observes.

"What they need is power and maybe one of the top four to be around slightly longer, taking it slightly deeper into the 16th-17th over. I don't think you can play conservatively. They've got to assess the wicket and figure out how to get the combination working. They'll need more from their middle-order."

West Indies all-rounder Fabian Allen is yet to get a look in in the MI XI this season so far. With plenty of right-handers in the PBKS batting line-up, Smith has called for his inclusion in the XI.

"I've picked Brevis at No. 3 or 4, depending on where Suryakumar Yadav is going to bat, just because it's his third game and deserves a bit of opportunity. I've stuck with Pollard. He's shown glimpses of his power and form. Whether he should come up slightly in the order is another question," Smith explains when asked to pick his four overseas players for MI.

"I've got for Tymal Mills to try and show some support to Bumrah. I've gone for Fabian Allen as well. My reason for that Punjab have a largely right-handed batting line-up and I like the fact he can spin the ball away from them and that will provide Rohit Sharma with another useful option and lengthens the batting line-up slightly."