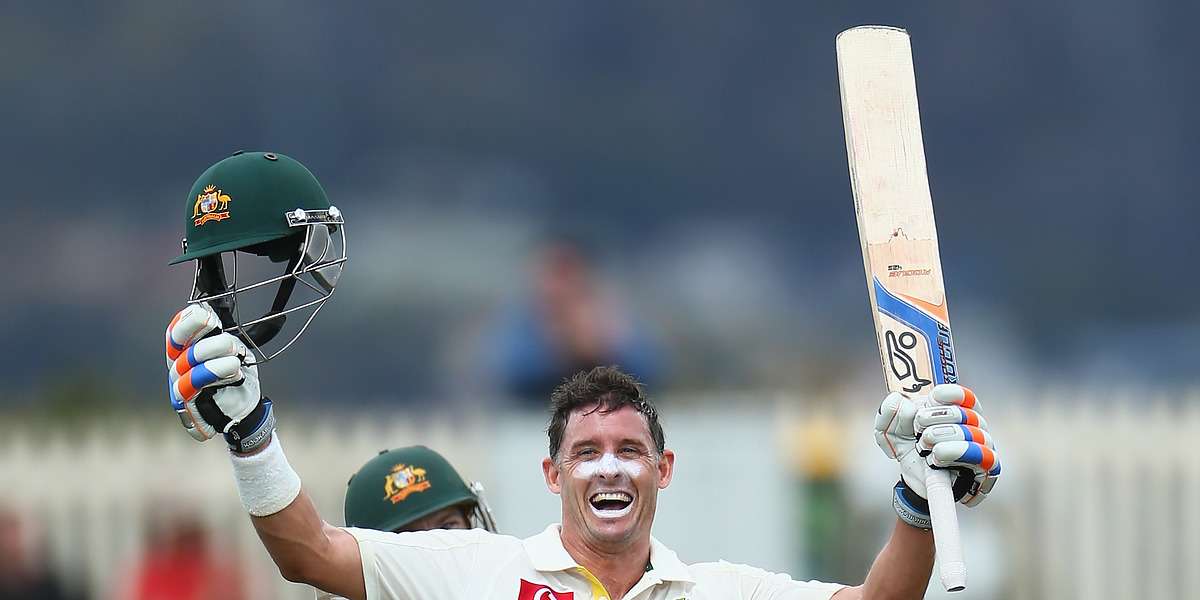 On Michael Hussey's birthday, here's a look back at how his international playing career shaped up

For a large part of his 20s, Michael Hussey must have wondered what he must do to get an opportunity in international cricket. He was scoring runs aplenty and was a very consistent performer at the First-Class and List A levels, especially in county cricket. But at the time, Australia had one of the best teams cricket had ever seen and, as a result, it was a difficult task for him to find a place.

Finally, at the age of 28, he got his chance – a One-Day International (ODI) against India. Coming into bat at number seven, he scored an unbeaten 17 to make sure of Australia’s win. Coincidentally, this was the final home summer as an international cricketer for Michael Bevan who had popularised the role of a ‘finisher’ in ODIs. While Hussey wouldn't play another international match for a year after his debut, he was the batsman who was later seen as the one who filled the void left by Bevan’s exit.

Unlike Bevan, Hussey also enjoyed a tremendous Test career. He was 30 when he made his Test debut against West Indies in late 2005. With time not on his side, he had to make sure that he made an instant impact and that is exactly what he did with hundreds in his second and third Tests.

County cricket played a huge part in Hussey’s ascent to the top, it was also where he got the moniker ‘Mr. Cricket’. In the English domestic season before his Test debut, Hussey had scored 1074 runs at an average of 76.71, including three hundreds and five fifties in 18 first-class innings. From 2001 onwards, Hussey played county cricket for five consecutive seasons (2001-03 for Northamptonshire, 2004 for Gloucestershire and 2005 for Durham). Apart from 2004, in each of those seasons, he averaged over 68.

At the same time, he was prolific in List A cricket in England as well, scoring runs consistently across seasons. This definitely played a big part in Hussey becoming a world-class cricketer in the years that followed. 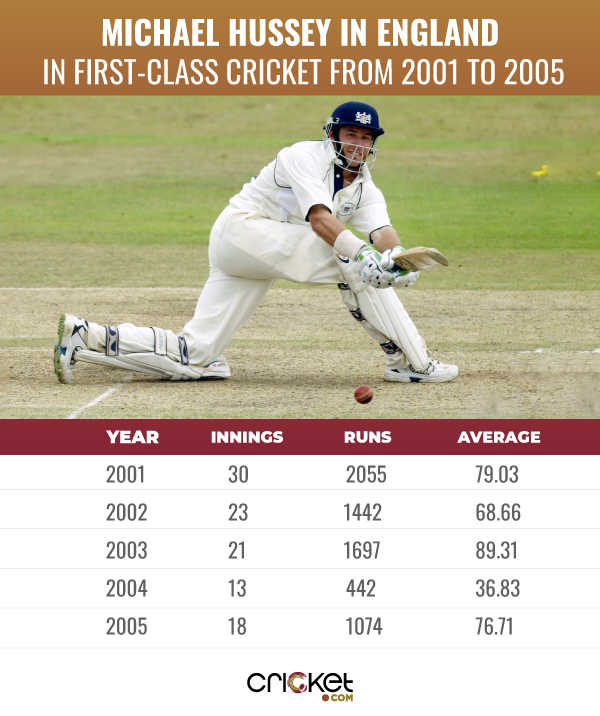 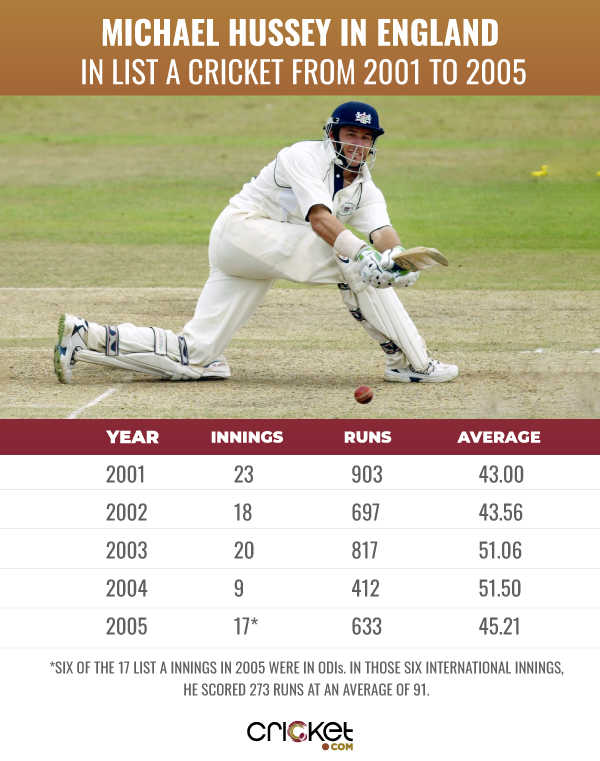 Few players have started their international career as well as Hussey. Yes, he had tons of experience from domestic cricket that would have helped, but at the same time, Australia had a plethora of top talent and he had to perform well to keep his place in the team.

The graph below shows just how magnificently he started. If we begin from 2006, when at the end of the year, he had played enough matches in both Tests and ODIs individually to draw valuable insights, he was averaging over 75 in both formats. Of course, in the future, the numbers were going to dip – and they did – but by starting his career in such fashion, Hussey had announced himself as a world-class batsman and not just a cricketer who was going to fill in the gaps in a highly successful team. 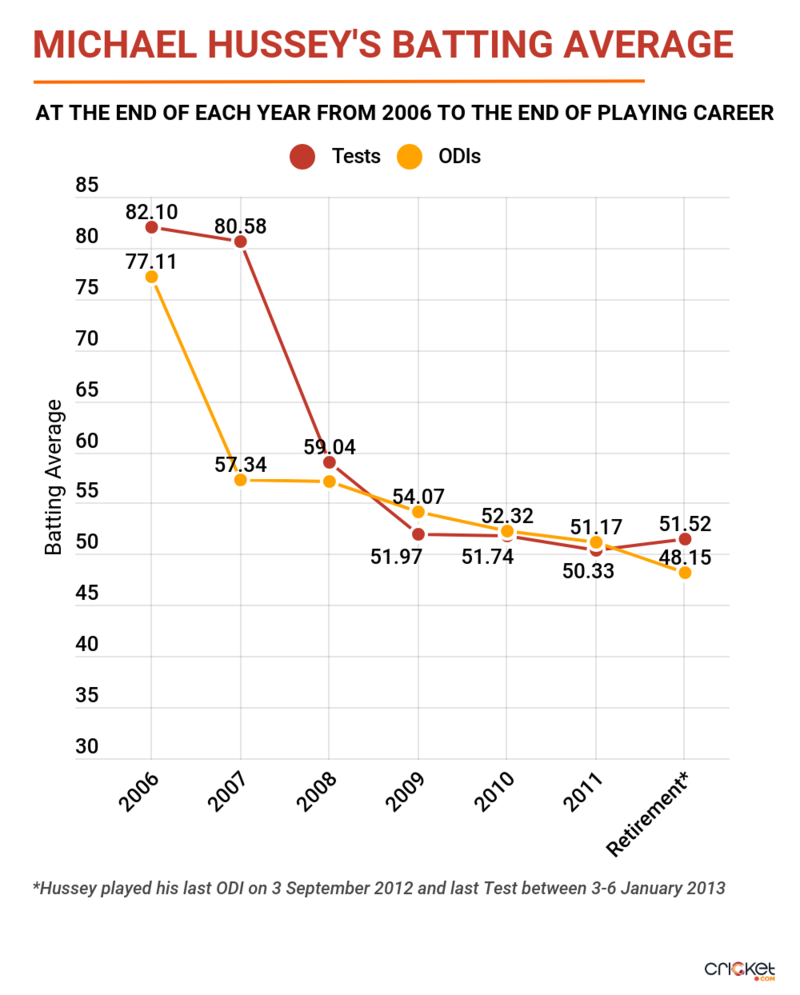 In 2007, for the first time in his ODI career, Hussey’s form went downhill. He, especially endured a difficult time as a batsman during the World Cup. He began the tournament with four single-digits scores before making a couple of valuable thirties. And as a result of Australia possessing a remarkable top-order, Hussey did not even get the opportunity to bat in nearly half the matches.

There’s an old saying that goes all's well that ends well, and while it resembles aptly with Hussey’s international playing career – a delayed start didn’t deter him from having a fantastic time at the top-level – the 2007 World Cup also had the same story. The left-handed batsman was an ever-present member of the Australian playing team which won every match at the competition before lifting the World Cup.

Until his final year in international cricket, Hussey averaged over 50 in both Tests and ODIs – a monumental feat. Among batsmen who have scored 5000+ runs individually in both formats, only two cricketers – Virat Kohli and AB de Villiers – have batting averages of over 50 in both forms. 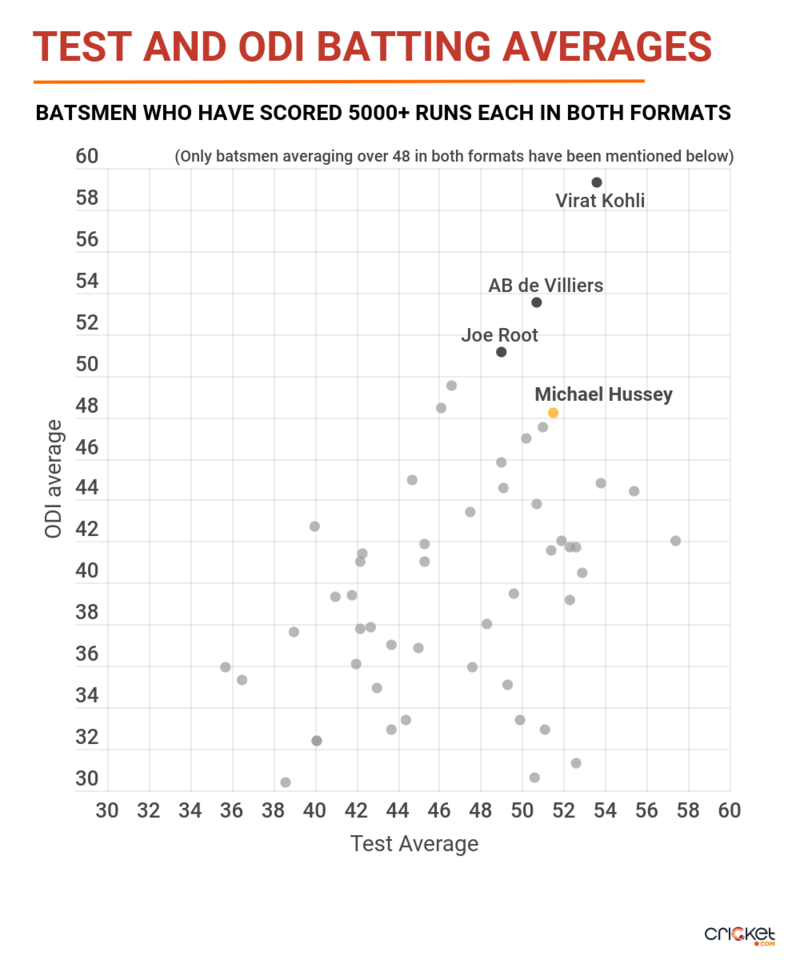 In the graph above, you will see that there have been only four batsmen who have scored at least 5000 runs each in Tests and ODIs, and managed to average above 48 in both. While Hussey came close to ending his career averaging 50+ in both formats, he still finds himself amongst batting royalty.

In T20 Internationals (T20I) too, Hussey performed exceptionally well for Australia. In 38 matches, he scored 721 runs at an average of 37.94 and a strike rate of 136.29. His most memorable performance in T20Is came when his unbeaten 60 off 24 deliveries helped Australia defeat Pakistan and reach the World T20 final in 2010. Saeed Ajmal was one of the prime bowlers of the time and Hussey managed to score 22 runs off four deliveries (6-6-4-6) against the Pakistan spinner in the final over to deliver an unimaginable victory for the Aussies.

Hussey had to wait long for his opportunity at the highest level, and when he did get his chance, there was no turning back – 12398 international runs is no mean task, even if your nickname is Mr. Cricket! A regular member of Australia’s team for just around eight years, he still managed to carve out an international career that ranks among the very best. 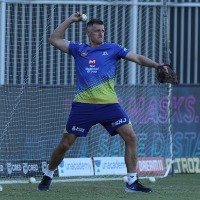 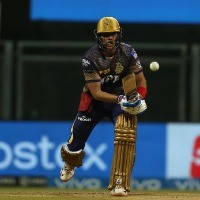 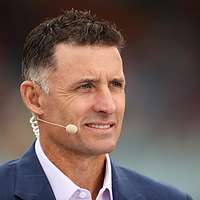