Milestone in the eye of a storm

Milestone in the eye of a storm

A fracas over a no-ball landed CSK captain MS Dhoni with a fine – and two balls later, off the very last ball of the match, a Mitchell Santner six sealed the win that gave Dhoni a record one hundred wins as captain, making him the most successful captain in IPL history. It was that kind of day.

Ben Stokes sent across an above-the-waist delivery to Santner. The straight umpire called it a no ball; his colleague at square leg negated the decision. Jadeja and Santner began arguing with the umpire; Dhoni, who was yorked off the previous delivery, strode back onto the pitch and confronted the umpires.

The behavior was unbecoming of a man known for his ice cool demeanor, and cast a shadow on the day – but it couldn’t distract from the fact that Dhoni, who came in to bat with his team on a disastrous 24/4 and guided it to the threshold of victory with a trademark 58 off 43 balls, reached yet another landmark in his illustrious career.

Dhoni’s unprecedented behavior could stem from the emotions that run high every time he’s in a yellow jersey. Dhoni is the sort of player that will guarantee you the highest commitment no matter what team he represents, but it is the connect he shares with Chennai that brings out his best.

A city that is known to idolize film actors embraced a fresh protagonist in 2008 and gave their favorite cricketing son the moniker ‘Thala’ (Leader).

A two-year ban and a fairytale comeback later, 2019 has been a homecoming of sorts for the Chennai franchise as they were guaranteed to play their home games at the MA Chidambaram stadium, where they have played just once since 2014.

The fans’ undying support was in full view even before IPL 2019 kicked off as videos showed supporters packing two stands during a practice game in the lead up.

Dhoni has led the Super Kings admirably and their numbers display the remarkable success they taste in front of the Chepauk faithful.

The sheer success of CSK has been largely due to the fact that their success rate is over 50 per cent regardless of where they play. 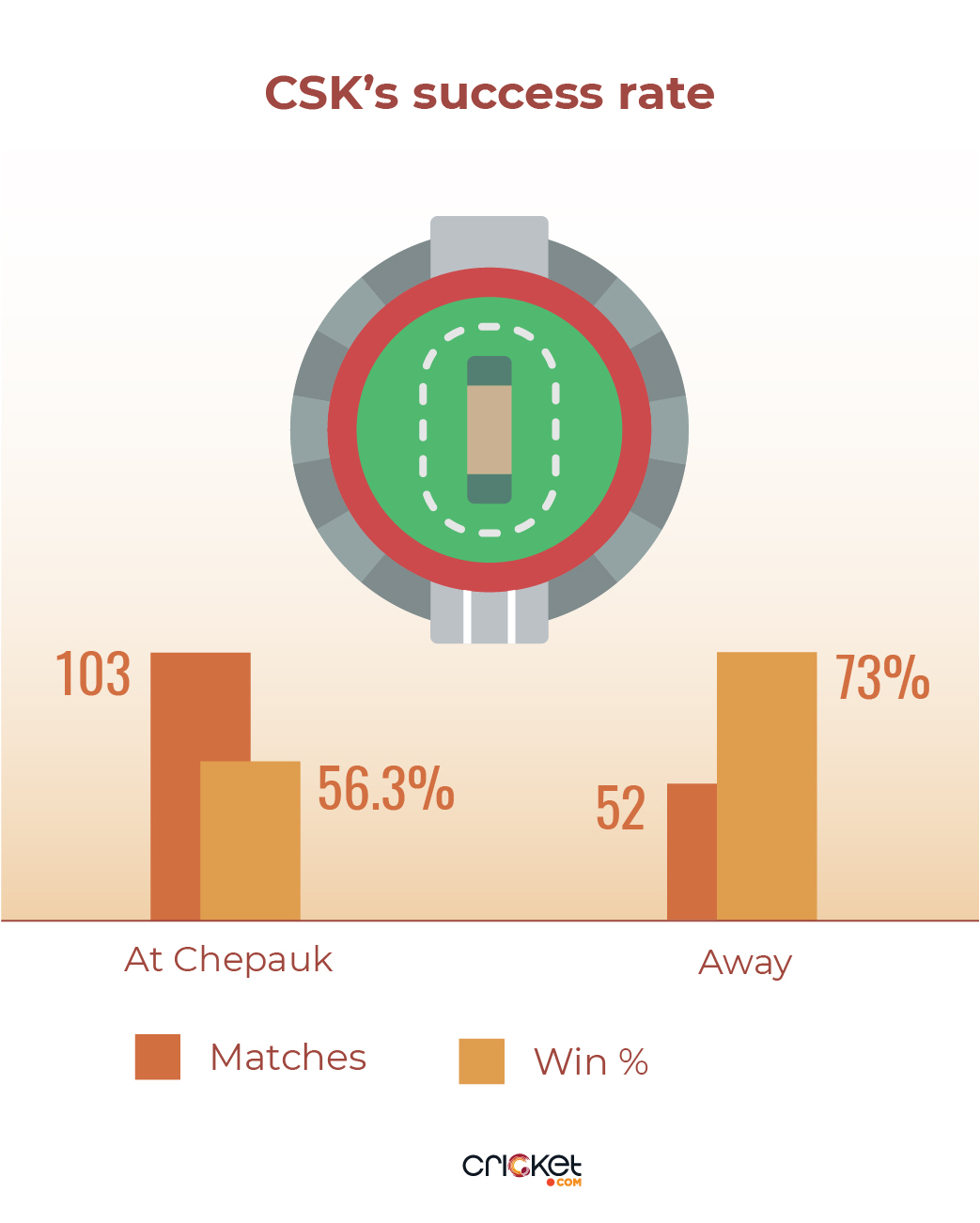 Precision and sensibilities usually prevail when Dhoni is in charge, and that has been the case even when it came to picking players before the tournament.

Dhoni and head coach Stephen Fleming have built a strong bond and with it, assembled functional squads over the years. Retaining a strong core has been the USP with CSK, despite criticisms especially last year about the average age of the squad.

Bringing in just the players they require and Dhoni mentoring the younger lot have been key factors for The Men in Yellow. For example, in the recent win against Kings XI Punjab, Deepak Chahar bowled a couple of beamers and it looked like everything would go awry for CSK. But Dhoni stepped in, calmed the young pacer down, and he wrapped up the game from there on.

While his on field antics during the Rajasthan game will be long remembered, Dhoni’s brilliant cricketing acumen will ensure CSK laurels as long as he’s at the helm and maybe even beyond.