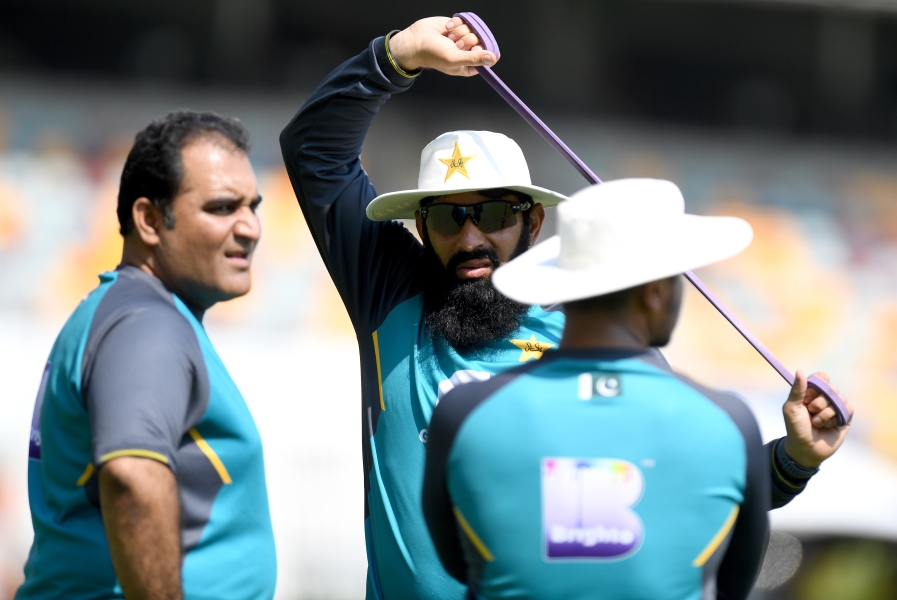 Misbah-ul-Haq has decided to step down as Pakistan chief selector to focus more on his head coach role with the national cricket team.

Misbah told a media briefing in Lahore on Wednesday that he has informed the Pakistan Cricket Board (PCB) that he would be stepping down as chief selector on November 30.

He had taken the dual role of chief selector and head coach in September last year.

"I will select the squad for the coming series against Zimbabwe but after that I just want to focus on my work as head coach," he said.

Misbah insisted that he had not quit as chief selector because of pressure from the board or any quarter.

"No it is purely my own personal decision and I took it because I think it is not easy doing two high profile jobs at one time. I want to give my best as head coach of the national team.

"Whoever is appointed as chief selector, I will fully cooperate with him and work to take the Pakistan team into the top three of every format," Misbah said.

The former captain also made it clear that his was a purely cricket decision and had nothing to do with his meeting with Prime Minister Imran Khan last month when he and senior players, Azhar Ali and Muhammad Hafeez, raised the issue of departmental teams being closed down in domestic cricket.

The PCB made it clear it was not happy with Misbah and the two other players going directly to meet the PM to discuss what was a policy decision of the board.

"If that meeting was the reason for my stepping down as chief selector then I think I would have also lost my head coach position," Misbah said.

PCB Chairman Ehsan Mani and CEO Wasim Khan recently met with Misbah and Azhar and gave them a dressing down and cautioned them not to make the mistake of directly seeking meetings with the PM who is also the patron in chief of the board.

Misbah said with time one learns whether a decision is right or wrong.

"When I accepted both positions I thought I could manage it but with time I think it is better for me to focus on one job."

He also said that he was satisfied that in his one year the national team had shown some development and some good young players had come up.

"As head coach now my focus is that we as a team break into the top three of every format and obviously we also have the ICC World Cups coming up over the next three years so that is something we have to start preparing."

Interestingly, former fast bowler Shoaib Akhtar recently told a YouTube channel that he was in discussions with the board for the chief selector's position.

But the board denied it had offered Shoaib any position and said they were not planning to replace Misbah as chief selector.