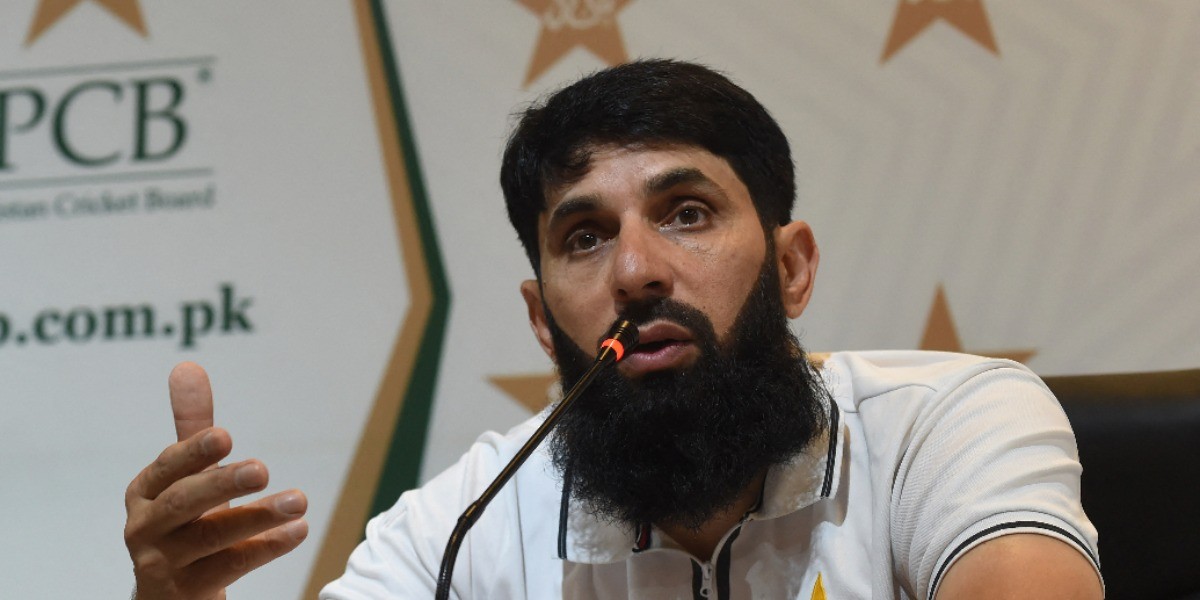 Misbah-ul-Haq's tenure as head coach of the national cricket team is likely to continue through the upcoming T20 World Cup after Pakistan emerged victorious in the rain-hit T20I series against West Indies. Pakistan claimed the four-match T20 series 1-0 after the fourth and final game ended in no result on Tuesday following rain.

Before the start of the four-match T20 series against the West Indians in the Caribbeans, some PCB officials and technocrats on the cricket committee were concerned about the performance of the team in white-ball formats following a disappointing England tour.

"Basically everyone was keen to see how Misbah managed the team in the T20 series in West Indies as calls grew for the PCB to review his position as head coach in white-ball formats," one reliable source told PTI.

He said that the board had started to look for other options as the cricket community was upset after Pakistan lost the three-match one-day series to a second-string England side and then the T20 series with some key players missing from the home side. "The feeling developed that perhaps Misbah was not the right man or didn't have the coaching experience to take Pakistan into the T20 World Cup," the source said.

He said one of the options spoken about was attaching an additional specialist white ball coach with the team. "But now since the T20 series in West Indies was badly disrupted by bad weather and three matches were abandoned it has become difficult for the board and cricket committee to make a final decision on Misbah's future as white-ball coach," the source said.

He said the main problem facing the PCB is the shortage of time with Pakistan scheduled to play series against Afghanistan, New Zealand and England before the T20 World Cup starts in October. "With this T20 series washed out in West Indies clearly there is no space or logical reason to reshuffle the team management now before the World Cup," he said.

Misbah has a three-year contract with the PCB and will complete two years of the contract in the T20 World Cup. But the source confirmed that the cricket committee will be meeting with Misbah, bowling coach Waqar Younis and captain Babar Azam to get feedback on what went wrong in England and the overall progress of the team before the team leaves for Sri Lanka.

The committee is headed by former Test cricketer, Saleem Yousaf and includes former great, Wasim Akram and ex-test players, Umar Gul and Ali Naqvi. "Wasim in particular is not satisfied with Misbah's progress as a coach and feels that Babar needs too be given more support as captain from the coaches," another source revealed.

"The cricket committee will also meet with chief selector, Muhammad Wasim as they have a number of queries on selection issues and the way Misbah and Babar are making rapid changes in the white-ball teams."

Misbah, Babar and the other support staff will return home after a two-Test series in the West Indies that begins from 12th August.