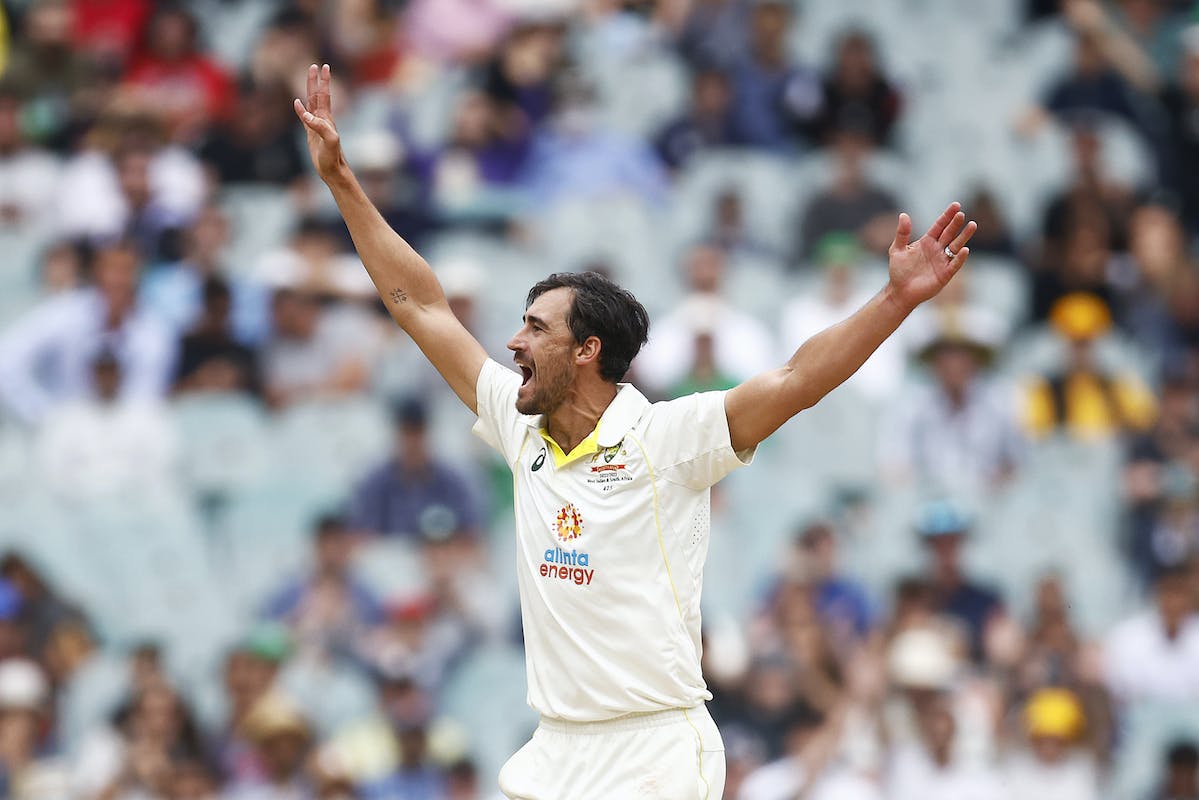 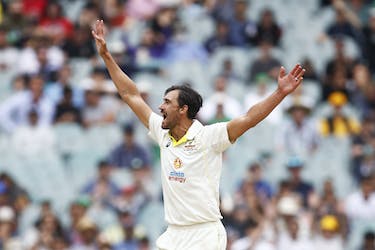 Australia fast bowler Mitchell Starc has confirmed that he will be out for a few weeks after sustaining a finger injury during the Boxing Day Test agianst South Africa at MCG. Starc bowled through the pain as Australia thrashed the Proteas by an innings and 182 runs to go 2-0 up in the three-match series.

It is believed that Starc has fractured his middle finer on the left hand and now faces race against time to be fit for the Border-Gavaskar Trophy against India, starting February 9.

"It was a big game this week, we do pride ourselves in our performances over the last 18-24 months, another big win for us. Nice to get through with the injury and contribute to the win," Starc said after the match.

"I wasn't exactly sure [on his finger injury], just wanted to know if I could bowl through the pain, I'll be out of action for a few weeks, but it was worth it. I will have to see what the issue is, what the damages are. Obviously I want to come back as soon as possible with the India tour coming up."

Starc ends 2022 as the third highest wicket-taker for Australia with 35 scalps behind Pat Cummins (36) and Nathan Lyon (47).

Incidentally, Cameron Green too had a broken finger and has been ruled out of the SCG Test against South Africa. Australia skipper Pat Cummins has hinted at playing an extra spinner at SCG.

"It's probably going to be the wicket in Australia that closest resembles India, even if it doesn't spin big. So it might give us a chance to have a look at one or two players that will be on that Indian tour ahead of that. But the first priority is of course to win the Test match."

With Mitchell Swepson, who partnered Nathan Lyon in Pakistan and Sri Lanka, fallen out of contention, it could pave way for Ashton Agar in the XI.

Fast bowler Lance Morris could be in line to make his Test debut in place of Starc at the SCG. Morris is currently the leading wicket-taker in the ongoing Sheffield Shield season with 27 scalps at 18.40. However, Josh Hazlewood too remains in contention of a comeback after he has declared himself fit for the New Year's Test, however it will all come down to the "balance of the attack," according to head coach Andrew McDonald.