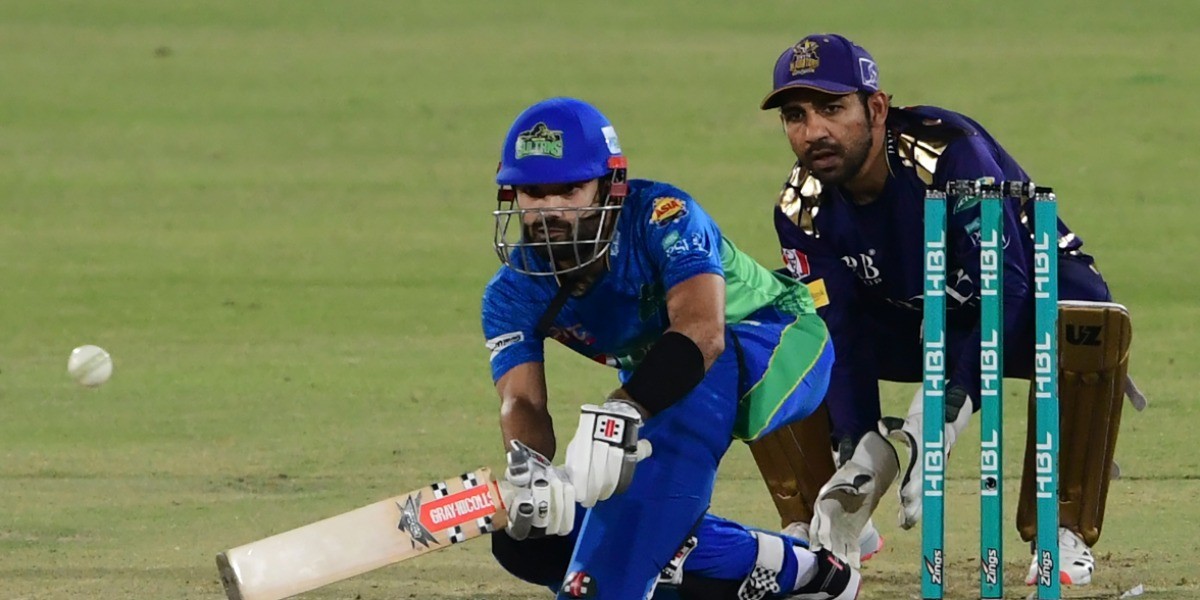 We are coming closer to the stage where every game is a do or die encounter. This is particularly true for Quetta Gladiators who have four points in eight games and cannot afford a slip-up. Multan Sultans too are not that comfortably placed either with six points in seven games. A win for Quetta in this game will see all the bottom three teams locked at equal points.

Pacers have been absolutely dominant in Abu Dhabi since the resumption of PSL 2021, having picked up 70.2%% of the wickets. This is higher than the numbers at this venue in the last three years. Since the tournament has resumed, six of the top seven wicket-takers have been pacers.

Based on the current form, it is tough to look past Mohammed Rizwan as a choice for the captain. He is the second-highest run-scorer in the season after Babar Azam but has played a game less. Being keeper, he is bound to provide more points as well.

If you are looking for other choices, you can check out the players whom the criclytics has projected to earn the most fantasy points in the game. 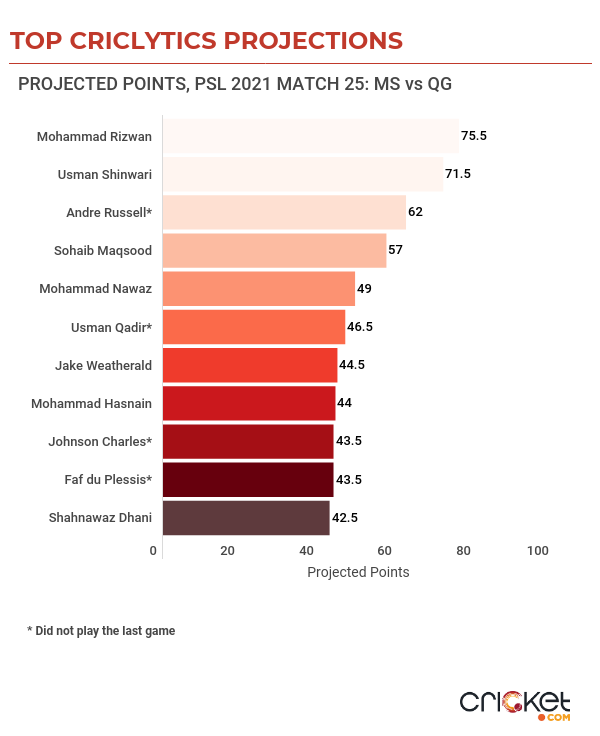 Playing his first game since resumption, Usman Shinwari was on fire against Lahore. Shahnawaz Dhani has four wickets in two games too. With the bat, Jake Weatherald and so are Shoaib Maqsood and Azam Khan. 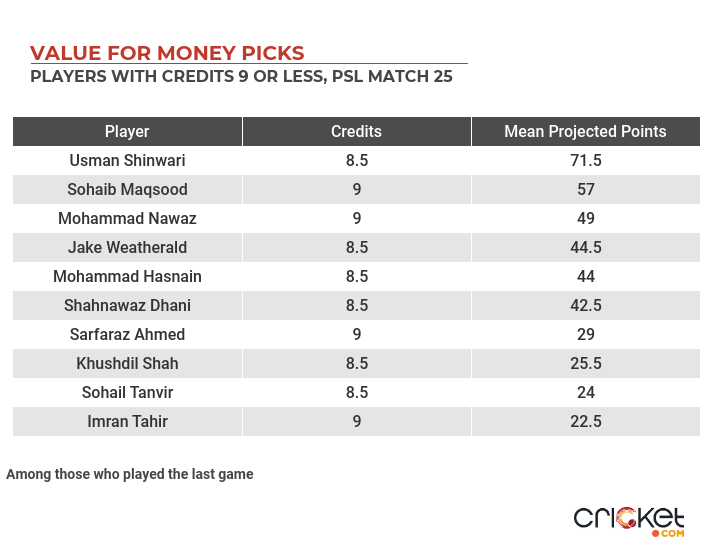 You can check out more in-depth projections and key match-ups for this match here.