Mumbai hitters capitalised when our bowlers erred in length: Laxman 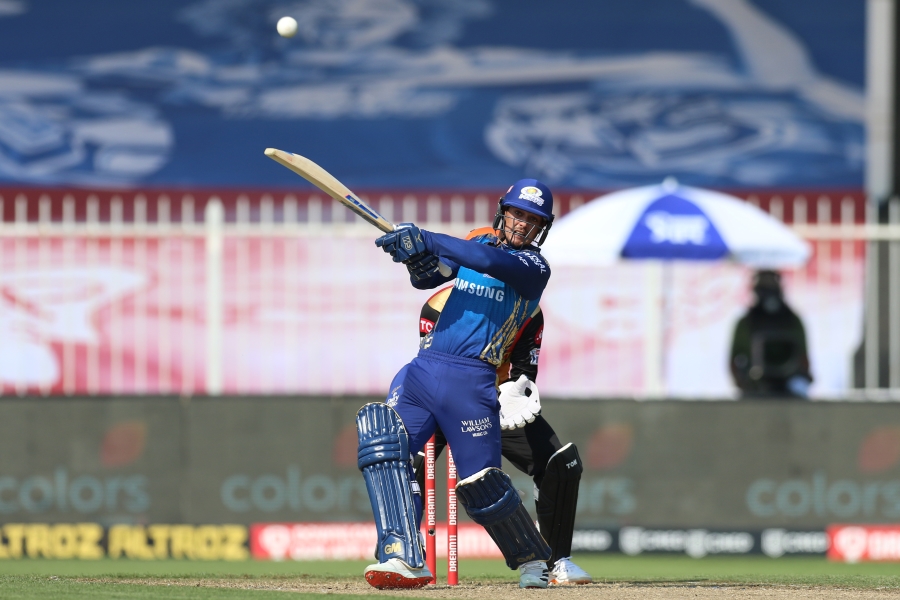 Mumbai hitters capitalised when our bowlers erred in length: Laxman

According to Laxman, the dismissals of David Warner and Kane Williamson were crucial during the chase and too much was then left for the youngsters

Mumbai Indians beat SRH by 34 runs with Quinton de Kock leading the charge with a brisk half-century before the likes of Kieron Pollard and Pandya brothers -- Krunal and Hardik -- launched a brutal onslaught.

"When you are playing against quality players/strikers like (Kieron) Pollard, Hardik (Pandya), you want to be at your best, especially your defensive lines.

"On this wicket, the ground is small, dimensions of square boundary are small, so anything in the length will disappear from these power-hitters," Laxman said at the post-match press conference.

Mumbai, after posting an imposing 208 for five, restricted SRH to 174 for seven to eke out a comfortable win. Krunal blasted a four-ball unbeaten 20 and later returned figures of 1-35 with the ball.

"The best defensive ball was yorker and we tried our best, we were successful the majority of the times, but whenever the ball landed on length, they have got the experience and power to dispatch it out of the boundary," Laxman added.

Pacer Siddarth Kaul leaked 64 runs in four overs and Laxman said "he had a bad day in office and it happens to anyone on any particular day."

The former India batsman rued the dropped catch of de Kock on the boundary line, saying it cost the team runs. The South African went on to make 69 to lay the foundation for a big total.

According to Laxman, the dismissals of David Warner and Kane Williamson were crucial during the chase and too much was then left for the youngsters.

"You have to have wickets in hand, but at the same time when you are chasing such a big total you also have to maintain the run-rate.

"Kane and then Warner (got out), just when Warner was looking to chase again and picking up momentum, we lost him and Kane's dismissal was also a crucial one, because you know the experience Kane has to handle various situations," he said.

"In the end I felt it was too much for youngsters to get, but I was very impressed with the way (Abdul) Samad came and expressed himself.

"I am sure the batsmen will learn from this experience because it is important to have wickets in hand if you are chasing a big total on this ground," he signed off.

"Everyone has already spoken about it. The strategy was to put maximum runs. Yesterday, even Delhi (Capitals) put up 228. Anything over 200, the pressure will be there while chasing.

"It's better to bat first, put up a total and the bowlers can execute their plans," said Krunal.

He also said that all the bowlers bowled well and they were ahead in terms of what they needed to do.

"Every bowler bowled really well. There were crucial overs and everyone bowled very well. Every over was in fact crucial because the ground is small, you can go for 25-30 runs and it can change the momentum.

"As a bowling unit, we were ahead in terms of what we had to do," he said.